There have been 9 non-stop days of Paris Fashion Week that officially ended fashion month starting in New York to London and Milan, and ending in Paris. We are finally able to sit-back and mull over the beehives! Grunge! The stripes! — the semi-annual celebration of style that has marched down the runways. So what do we make of the plethora of styles? Shelve them for next Spring? All this can be overwhelming, yes I know, but what is critical to note is that nothing is more powerful than the trends that reign from Paris. Covering the shows via Style.com and ingesting all of those hashtags like #celinebirkenstocks diligently, The City of Lights makes the magic and sets the tone for all of the “it” trends that filter down to us mere mortals. But The Fashion Hunter doesn’t want to wait till Spring. And neither should you. There are a few key pieces and ideas you can pull out now, duh, it’s October, along with your sweaters and scarves, for your fickle fashion fix. Here are just some fall-apprpropriate trends that I saw and loved and will reinvent for Fall. Start planning your wardrobes accordingly.

Bare midriffs are going nowhere. As I stated last spring, its time to do your sit-ups, but now instead of hiding that pale tummy, start exercising now. I guess I shouldn’t take down my twitter wallpaper quite yet. And how about a dark navy suit to strut your stuff? That is happening and I want in. From Balenciaga. 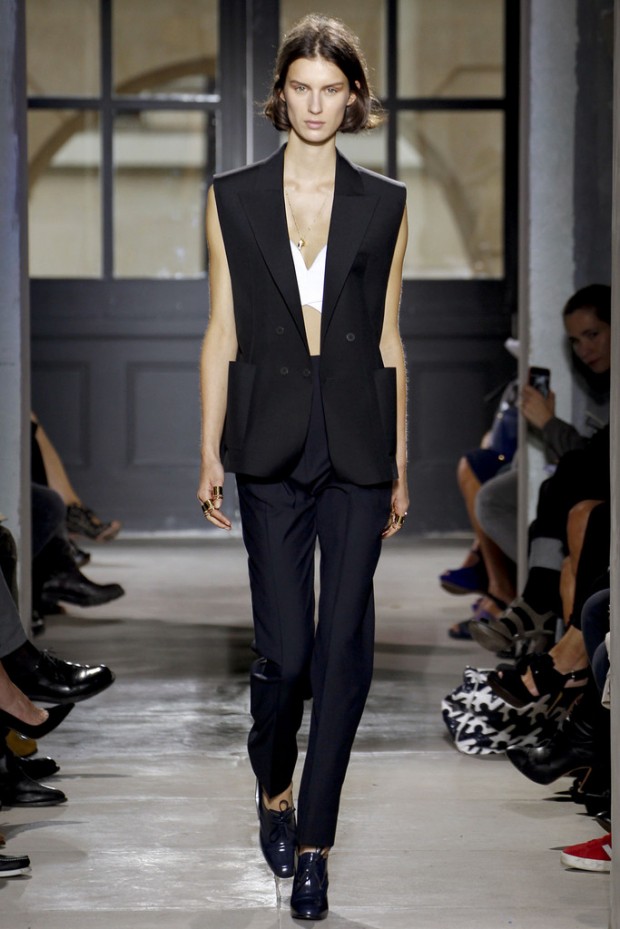 And how about that casual tie-dye fur slung around the shoulders at Miu Miu? With effortless ease, this workwear femme fatale glam look is truly seasonless. 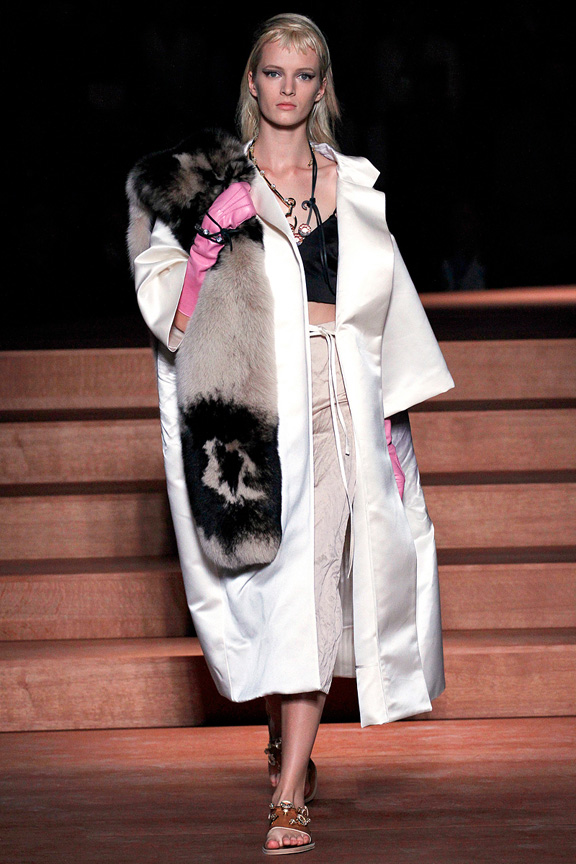 Too shy to wear a midriff? No six-pack? Fear not! Try one of these crop-tops out for size. That’s not such a tall order. From Chloe. 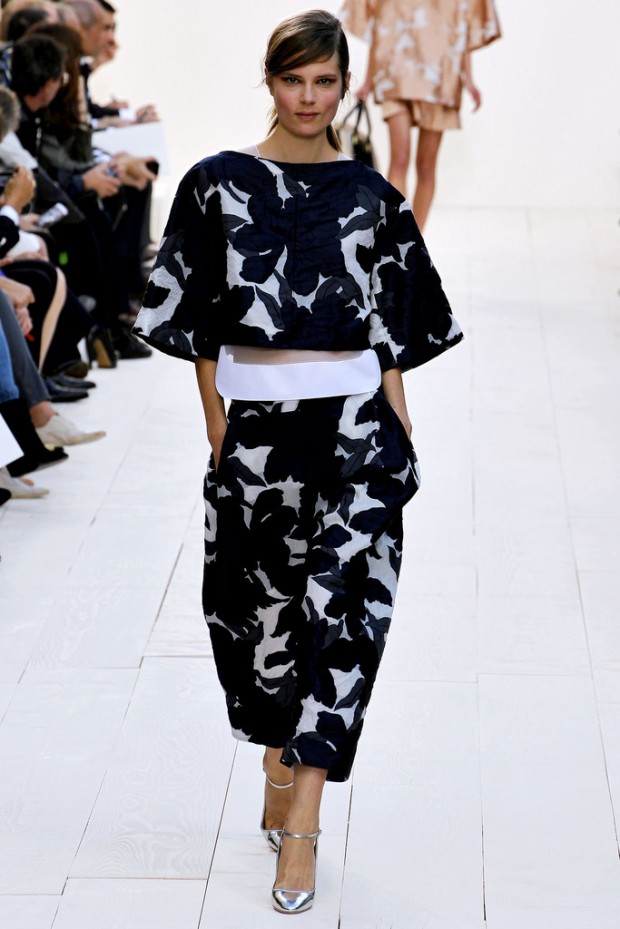 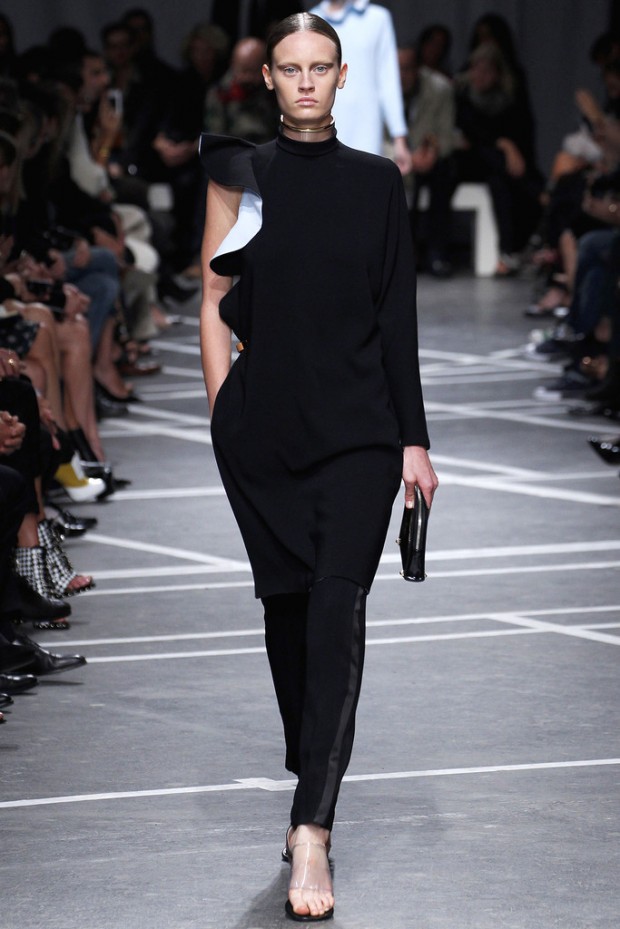 Reminiscent of early 90’s, the high-waists, men’s trousers, and major shoulders were significant this season. That era has major appeal for those designers too young to remember shoots with Peter Lindbergh and Steven Meisel with Linda Evangelista showcasing it all. Two decades later, the 90’s are back, and when I say back, I mean in the form of power suits, baggy denim, and the persuasion of skin-baring black leather bandeau and a miniskirt. Could be Fall over at Balmain. 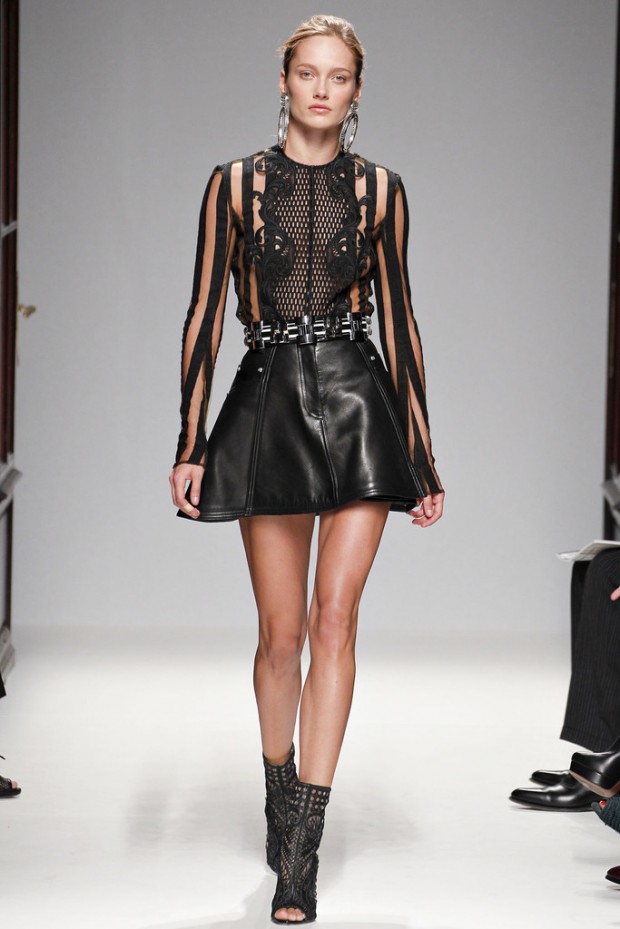 The oversize tailoring really works with jackets with a broad shoulder and power suiting reminiscent of the 90’s. Seen on other Paris runways, the boxy cuts belted low create a blouson silhouette making it a strong statement piece. Over At Stella McCartney we go. 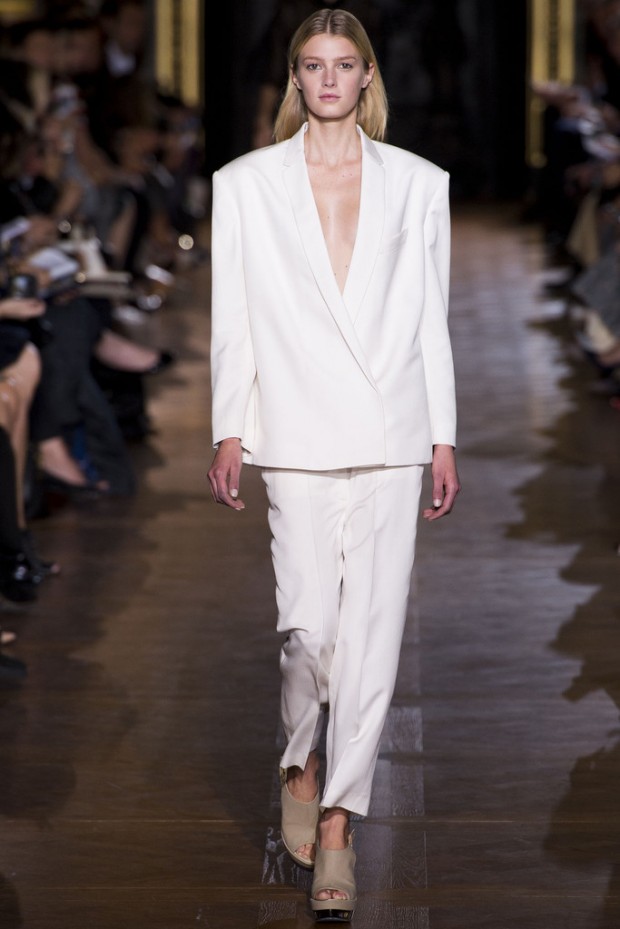 Baggy loose pants, flat sandals, and the ankle-length jacket are just some predictions of what’s to come to a closet near you. What will you grab this fall?