Yes, it’s over. You can rest your eyes for now. At the bleary end of a runway season, I am exhausted just looking at the shows from Paris. I would love to watch the clothes sway down the catwalk, but from an outsider’s viewpoint, judging from the photos on Vogue.com, Style.com and Instagram, my feed was filled with so so much identifiable pieces (see: plaid, oversize coats) that I created my top five hit list– a great exercise in editing down the collections.

We know that Mr. Slimane has been the talk of Paris Fashion Week with his Neo-Grunge throwback to the 90’s collection for Saint Laurent, consisted of baby-doll dresses and flannel shirts, but there were plenty of others looks and powers that be that deserve attention. Despite the number of shows, it’s easy to pick out the winners and the trends we will see next fall. One thing is for sure, fur, whether real or faux, is a must buy. And the rest? Chew on this.

My first example, Céline’s “fit and flare” dresses and skirts seen here in ivory, were simple, but hardly plain. Contemporary and highly covetable, the fluid looks shown by Phoebe Philo nailed the I-can-pull-off-chunky-sweaters, ankle length boots, and skwishy-bags whilst remaining chic without a hitch factor on the head. And so much of what made her collection so potent is in the proportions of the top and skirt, or the clean-cut of some gray wool shifts. The edge was amped up with the thick-heeled, above-the-ankle boots shown below. Perfected takes on the tried and true, see also Dior and Hermes. 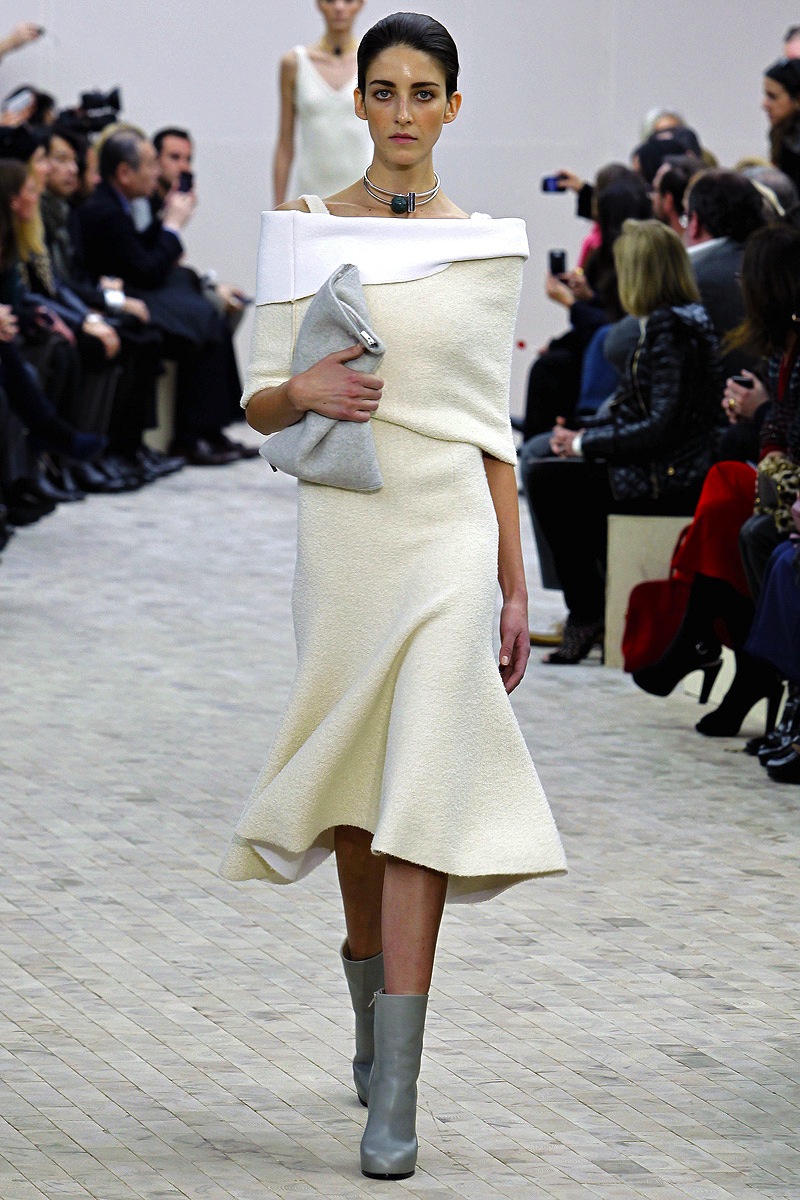 And now let’s turn our attention to MMM, Maison Martin Margiela, where crisp white shirts are just that–crisp and white, but not without a twist to the oversized sleeves that basically paralyze the functionality of the hands. Masculine, yes, but this could become the backbone of many a woman’s wardrobe. Menswear suiting et al. 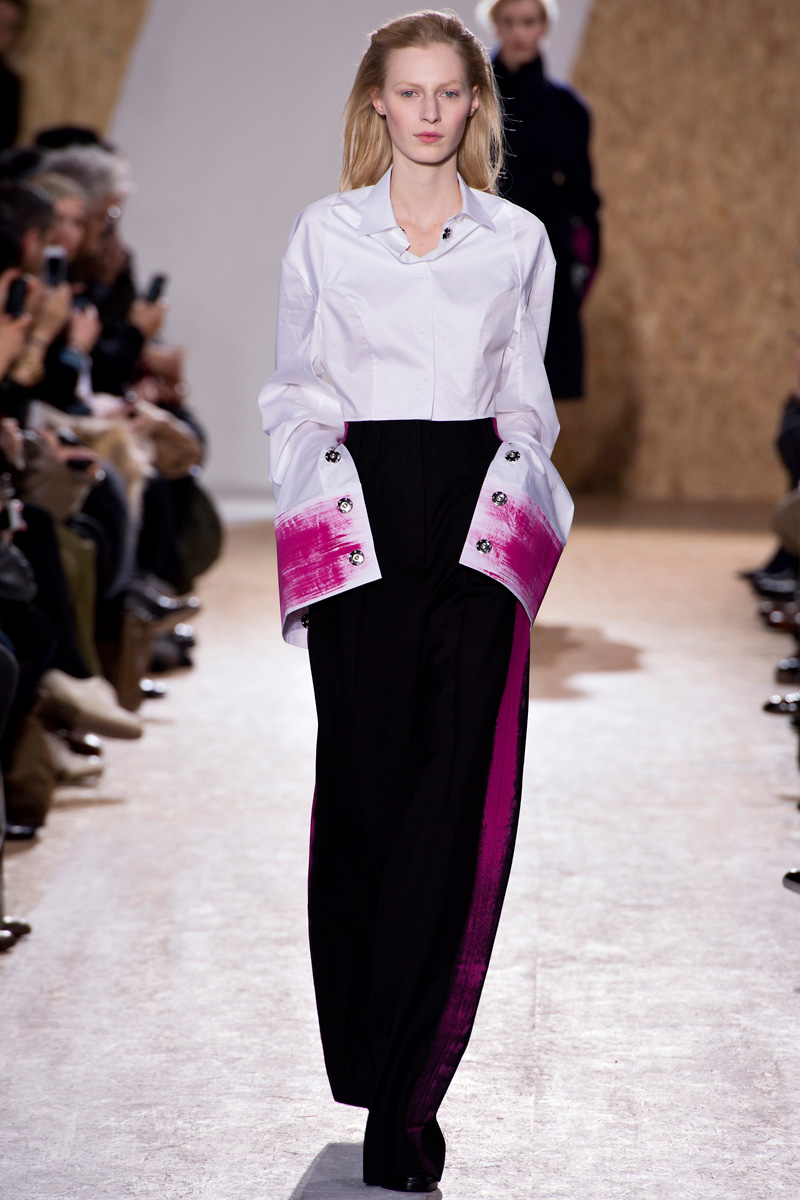 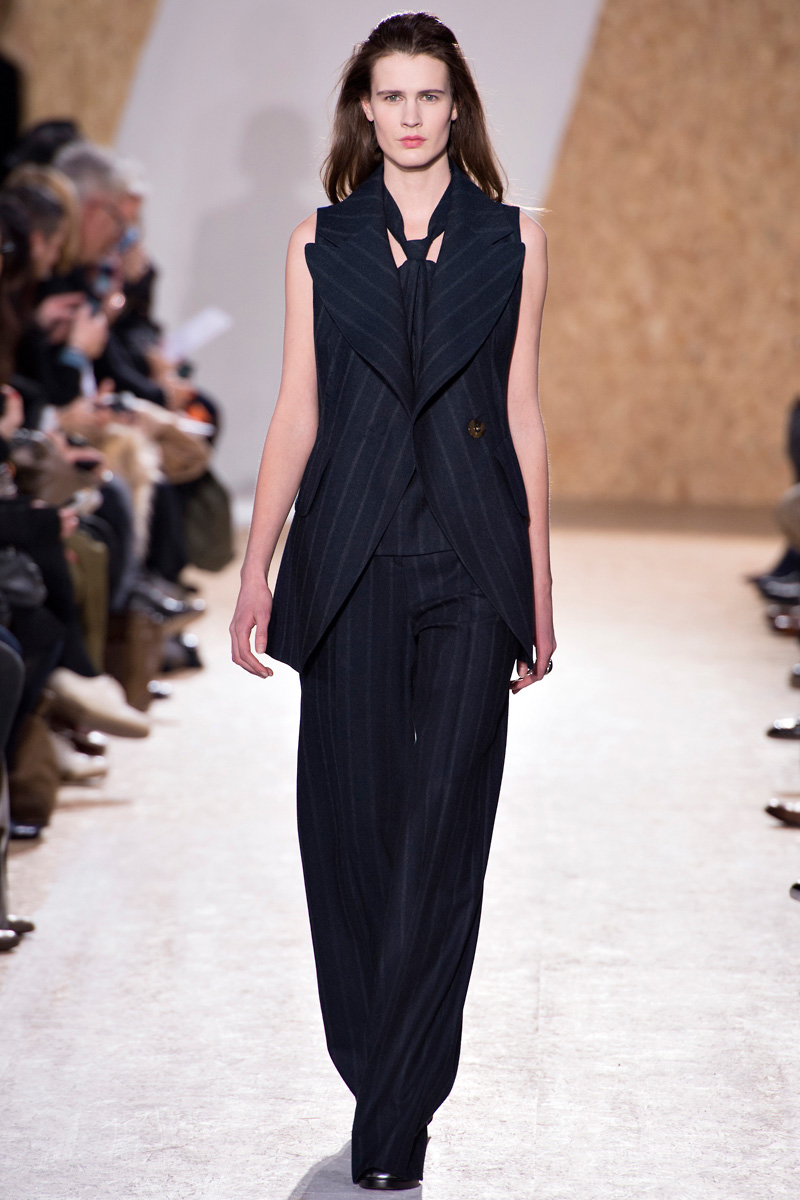 Trends come and go but polar opposites always attract. Black and white give the ultimate graphic punch. See looks from Hermes and Gareth Pugh below and also check out Dior and Mugler for inspiration. 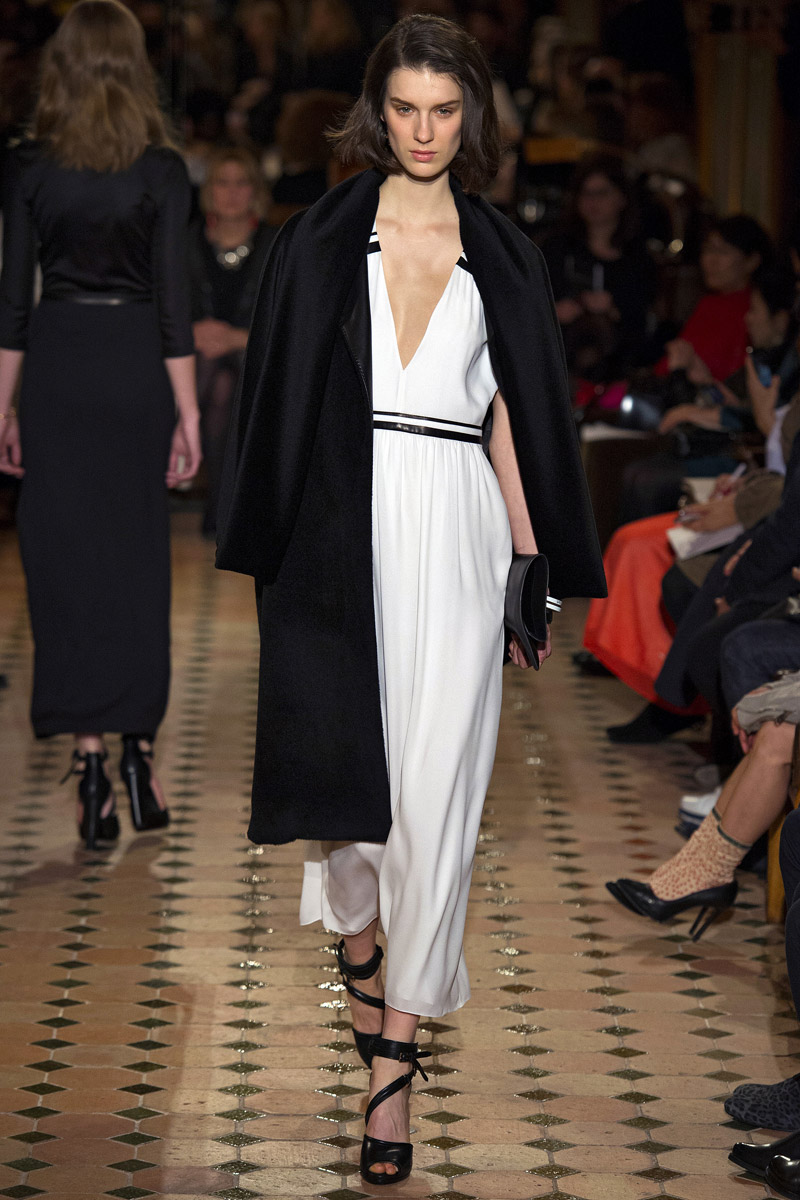 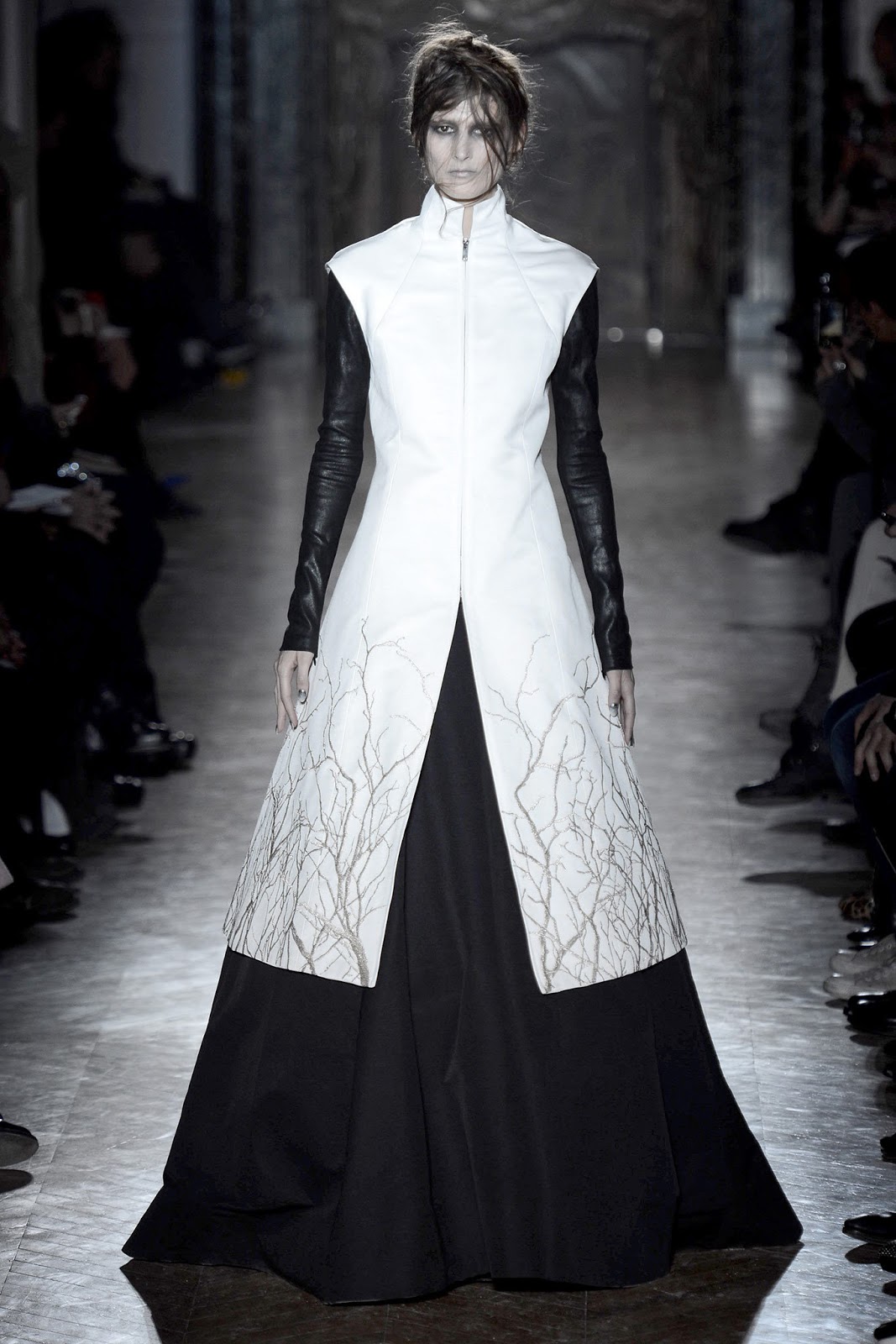 It takes a certain woman, possessing a complicated personality of sorts, to pull off the ability to layer plaid. The pattern, seen in many incarnations, were seen at Céline, Stella McCartney layers, and also glamorous coats at Louis Vuitton. 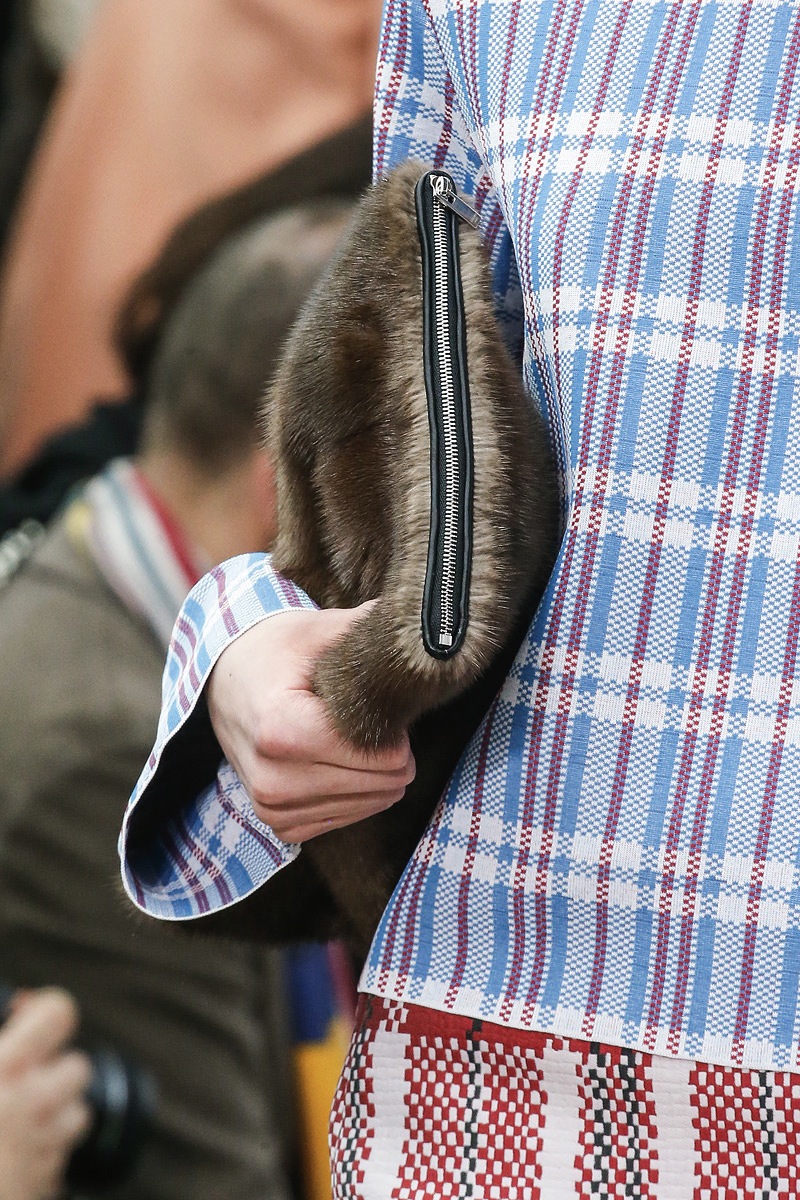 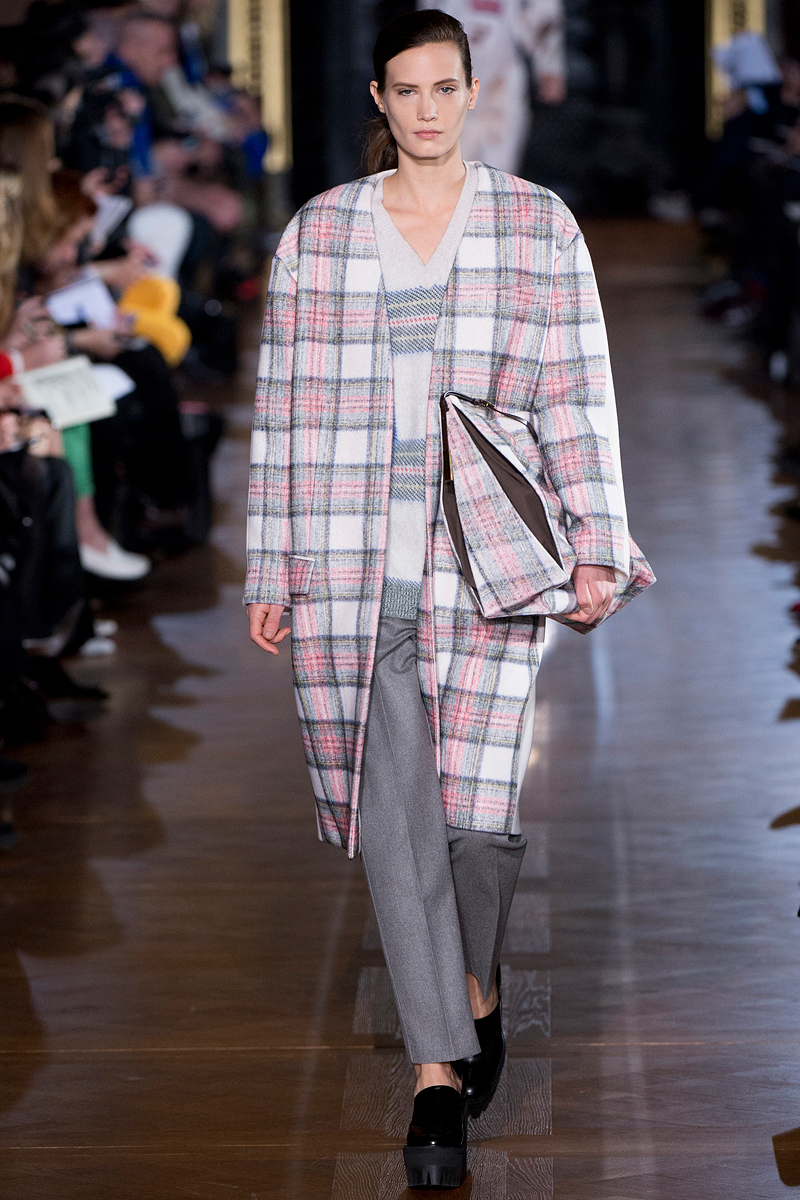 There were florals and paisley, plaids and unpredictable patterns like the all-seeing eye at Kenzo (most likely the IT pattern for next Fall) and Bambi at Givenchy. Mix it all up in a blender and you get a melange of prints that connect with a global street beat while screaming “look at me”! 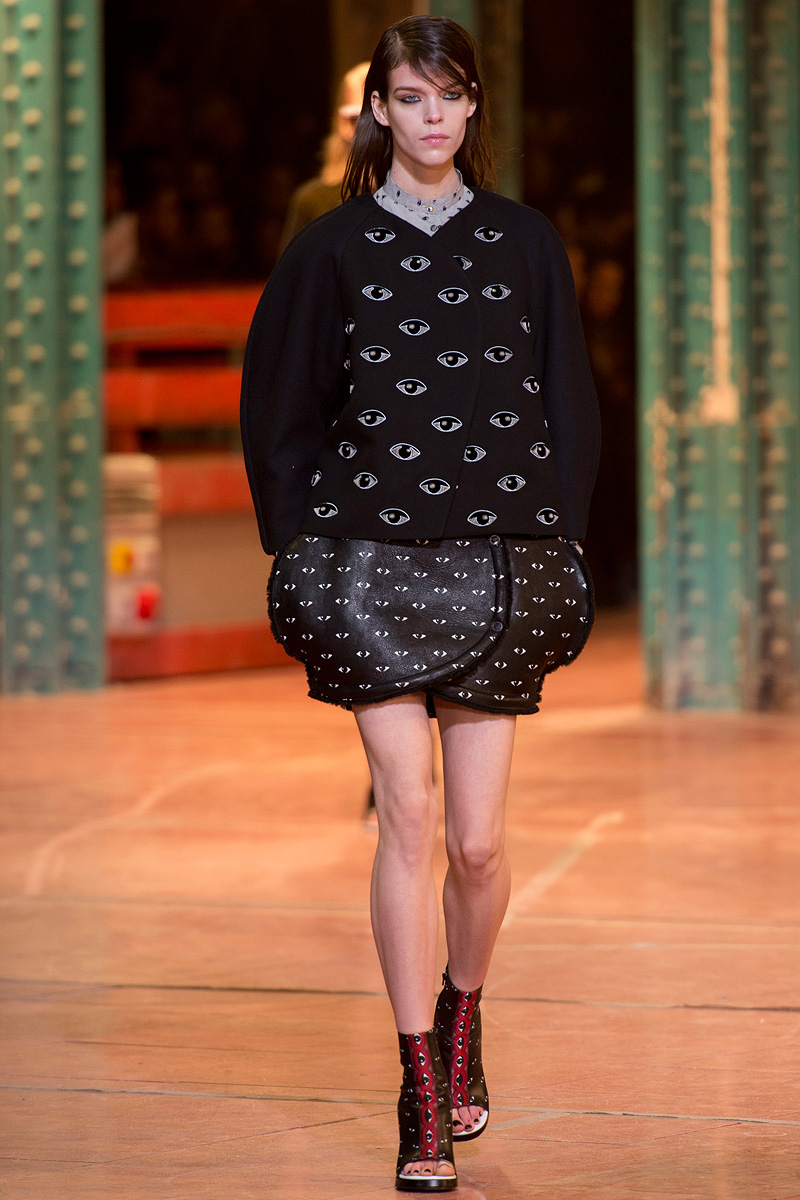 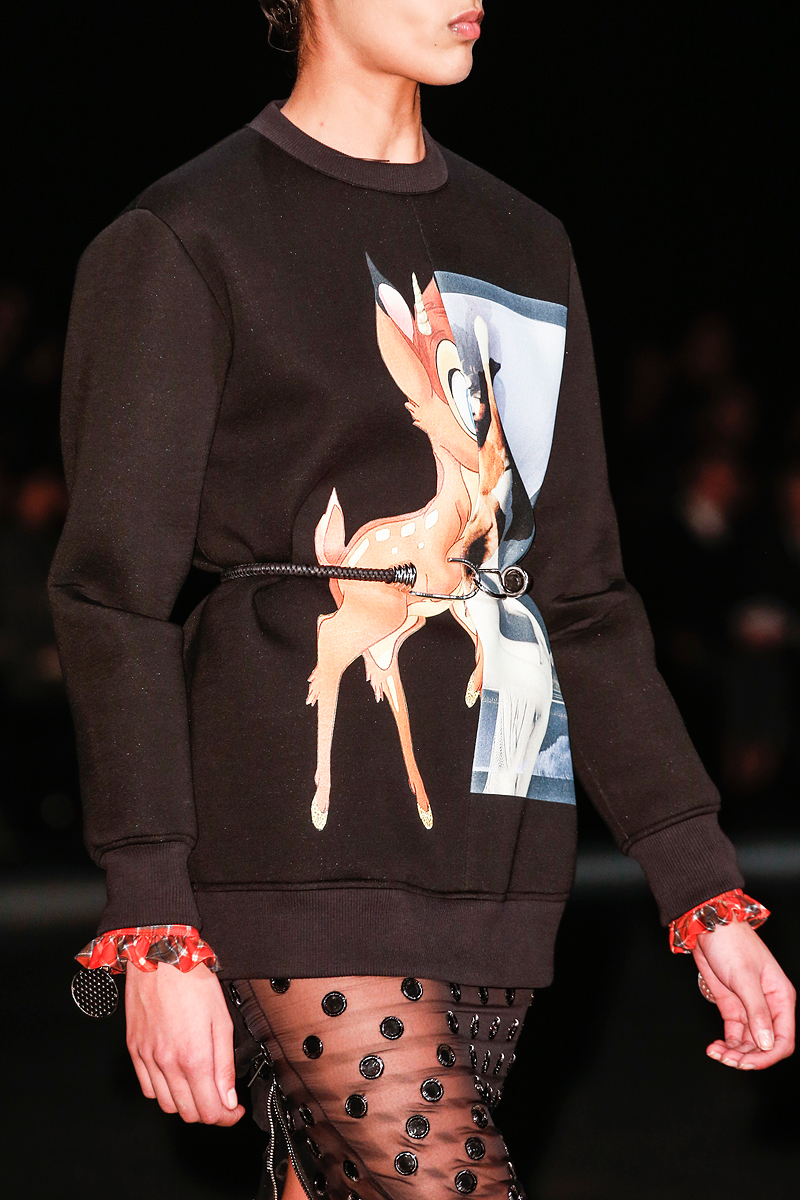 Large oversize coats ruled the runways this season, but some of the oversize heaviness, unless you are towering over 5 foot 8″ can be a tad overwhelming. But the belted up coats, nipped in at the shoulder or waist, minimized all the heaviness and excess fabrics were “straight-jacket chic.” From Nina Ricci and Carven, go. 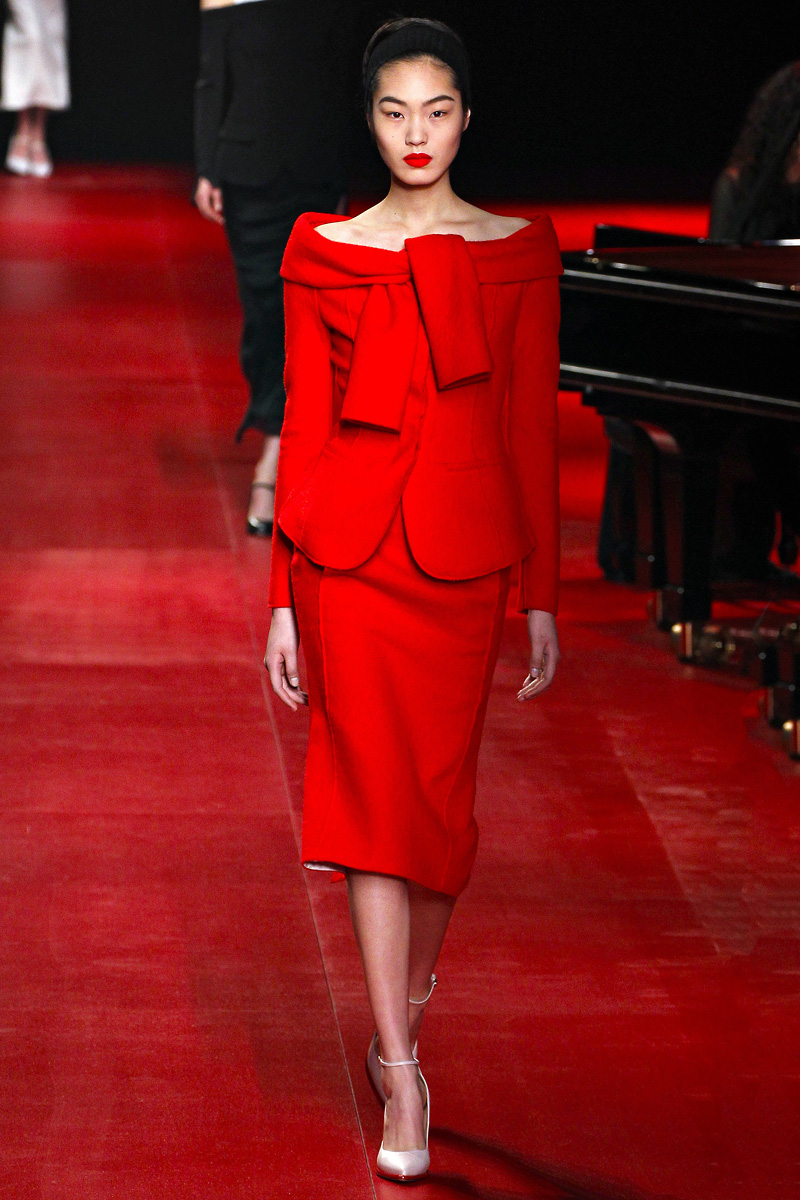 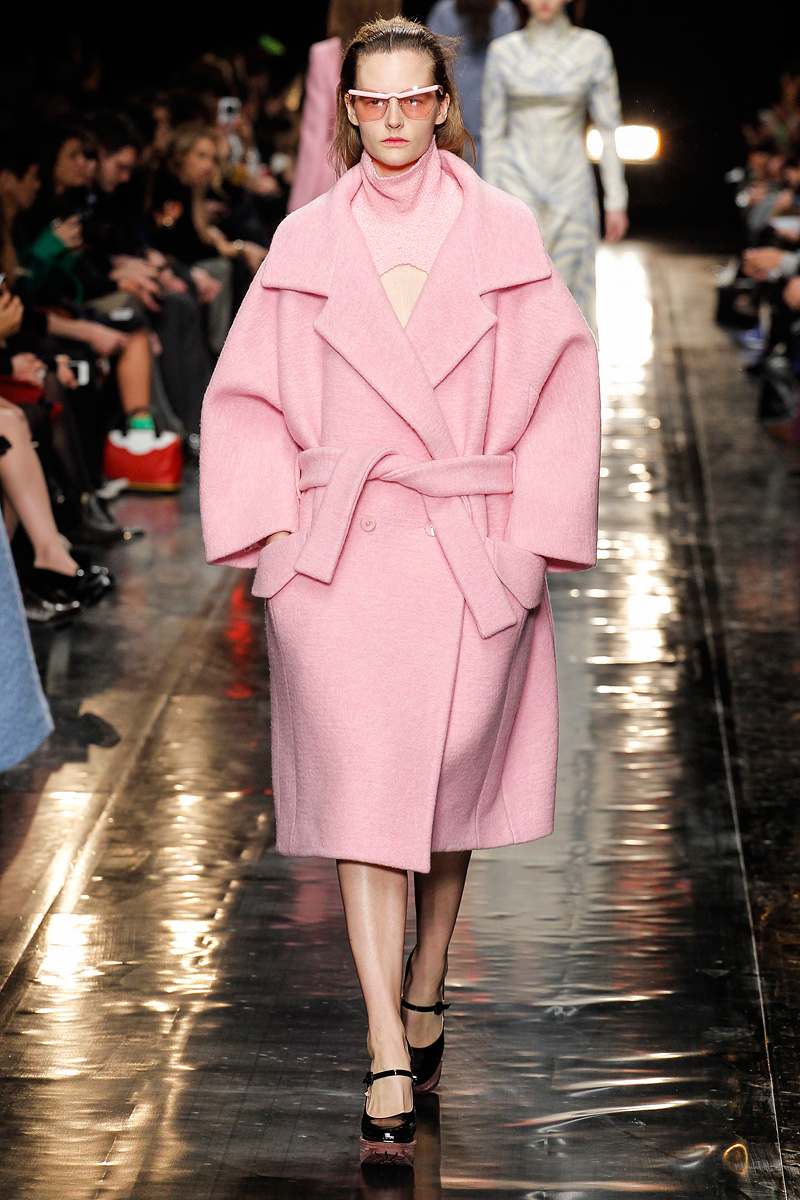 This may be monotonous for some, but for the rest of us obsessed style hounds, the season starts and ends in Paris. As Cathy Horyn  so eloquently states,“Paris fashion gets its weight from ideas, whether from the past or from the street, and its authority from the way designers like Raf Simons for Dior can reorient your thinking about notions like modernity and good taste.”

Such open-mindedness can really set your wardrobe apart from the rest of the fashion pack. Are you on board?