Brought to you by Mercedes Benz Fashion Week in Sydney, Australia. New York Fashion week, is a whopping four months away, so we look across the globe to Sydney which just wrapped up this past week. As I watched fashion updates pop up on the internet, the vibrant city of Sydney came alive with the eclectic colors and the visual stimulation that fashion week brings. In fact, it is a city I have always wanted to visit. The continent is home to many talented contemporary designers including Sass and Bide, Ksubi, Zimmermann, Camilla, Ellery, and more, which means there’s no skimping on style in Sydney. The same sentiment can be said for the well-heeled attendees. Ruffling feathers in the fashion world, as some of you know, isn’t easy. These taste makers create more buzz than the designers themselves. In statement jackets, confident color combos, and daring mixes, the style set didn’t shy away from the cameras. It’s bloody hard to wear the up-to-the-minute outfits every second of your waking moment just to be photographed by the most fly street style photographer. So here below is a look at Aussie style through the sharp photographic lens of Lee Oliveira and The Sartorialist as they do what they do best. And..outtakes from Harper’s Bazaar Australia give us their nod as well. The photos below really do speak for themselves. 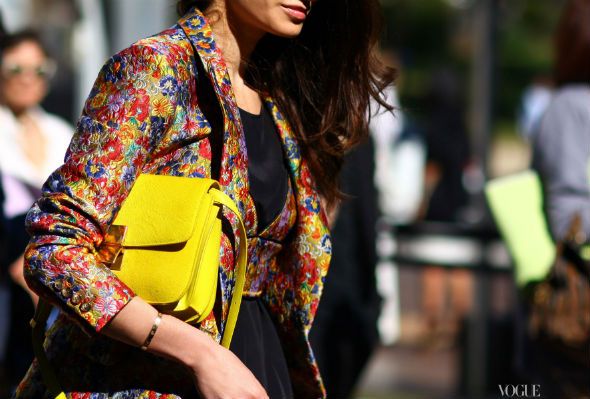 Clad in Prada flames and a tiny electric green clutch seen below, Taylor Tomasi Hill heads from show to show looking like she just walked off the runway. 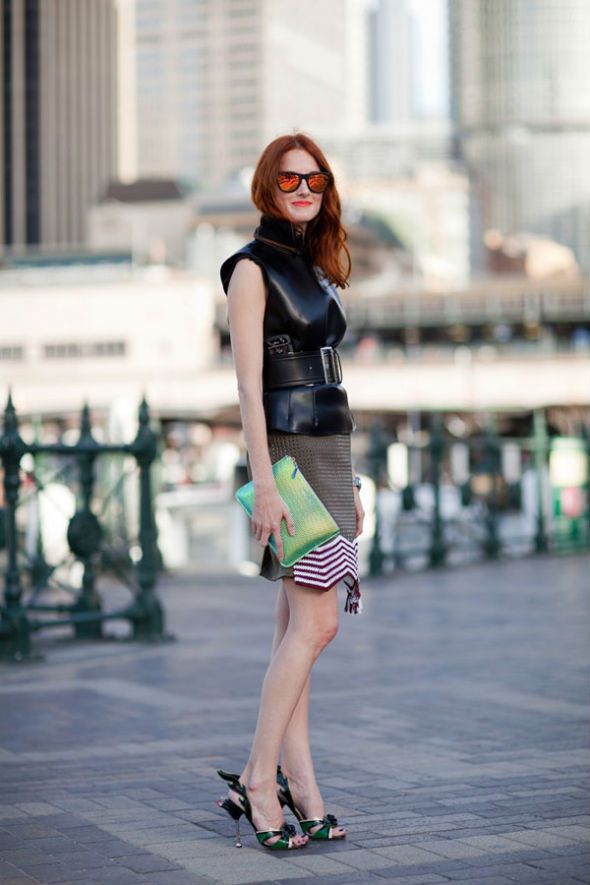 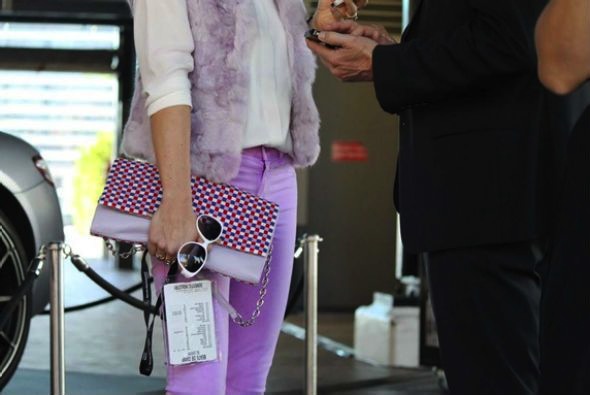 From the looks of it, MBFW Australia was all about pure fashion for fashion’s sake and not for salability sake. It is refreshing to see how they view and live fashion on the other side of the world– a bit more relaxed, a bit more uninhibited, and with a bit more oomph. Exclamation point. Ace! Let this be your guiding light, mate!