I missed the first few shows I was supposed to go on Saturday– it was snowing, albeit lightly, but sometimes familial duty calls. I was lucky to get to three shows which were each fabulous in their own right. Here’s my fashion roundup. First up, I went to see Herve Léger’s show, starting with the infamous bandage dress as a baseline. Max Azria‘s collection moved into new grounds as he headed into the darker side of the equestrienne motif. There were leather harnesses fastened around shoulders and waists and my favorite were the high slick ponytails reminiscent of horse tails. Look out for python stamped leathers, and wild black fur arms. 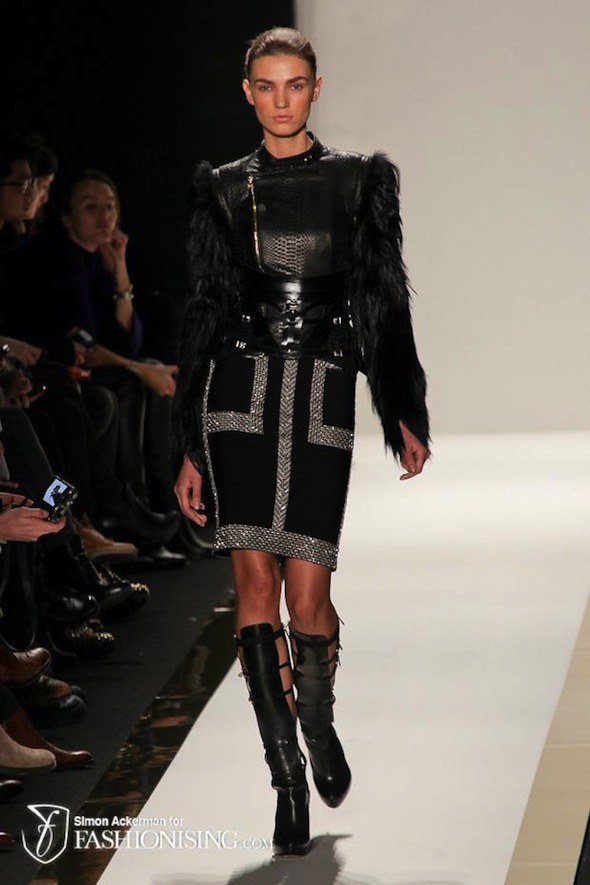 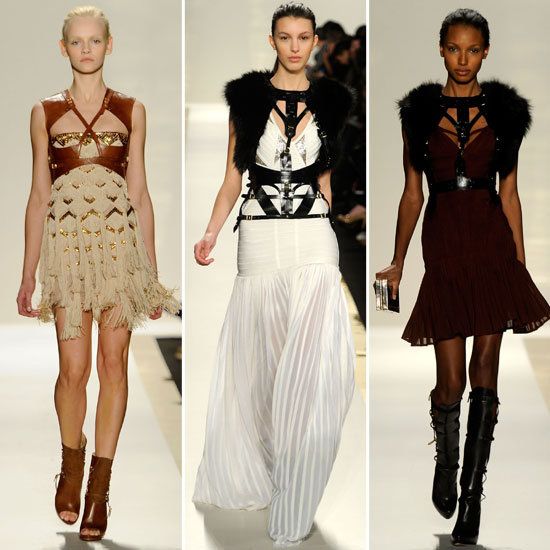 Next up was Tibi where Amy Smilovic took a leap forward into more sophisticated menswear-inspired looks a la Steven Alan, Rebecca Taylor, Jason Wu, and Brandon Sun. With an androgynous edge to this collection, a Beatles tribute with a 90’s twist, Smilovic uses effortless tailoring to achieve a more tailored look to her collection. There were cropped pants, crisp turtlenecks, and bird prints. Take note of the bird print. That bird seems to be flying everywhere and I’ve seen that motif land in other collections. 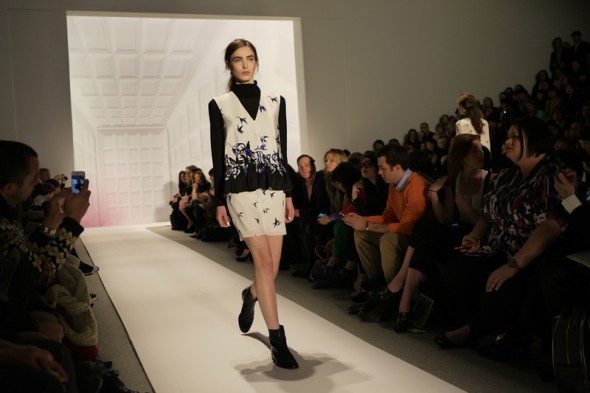 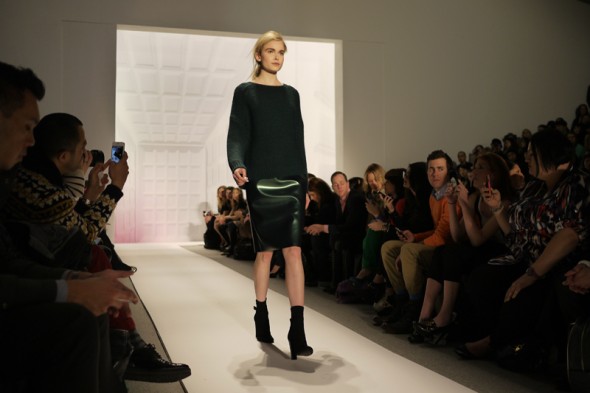 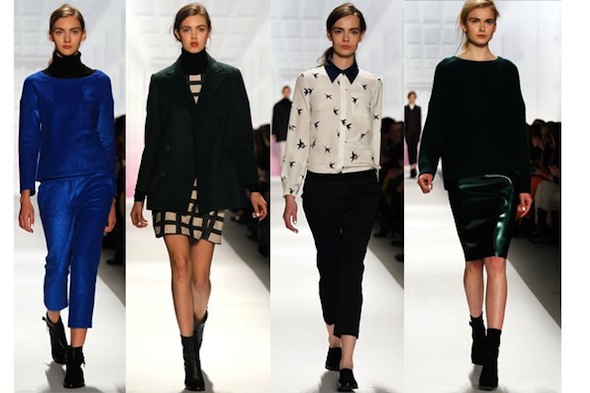 And finally my favorite show of the night goes to Alexander Wang. Somebody has got to set the bar high, right? Set downtown on Saturday night at the Piers, the space was so very dark, with cubic mirrors and poor lighting, it set the mood just so.  Being able to see Anna Wintour, Editor in Chief of Vogue, smile and a get a photo-op, was in itself a heralding feat. Now onto the clothes. Ready for world domination, Wang’s collection was terrific. Evoking sartorial confusion blurred by terrible lighting was just the ticket Wang was going for. Before the show he talked about fabric manipulation. “The idea is a distorted perception of things you might think are raincoats but are actually laminated tweeds.” The collection make-up of stiff shiny jackets shone on the monochromatic palette of white, black, and a color to re-emerge over and over this season, oxblood. There were waxed suedes, boxy lacquered tweed raincoats (I’m eyeing the white one for fall) and sleek turtlenecks which were covering the models mouths creating a tense atmosphere. Also note the puffer jackets, the ruching, and all I can is… Gisele rocked the show and those boots!!! It was femme fatale at its best.

Check back often and follow the Hunter on twitter for the latest and greatest updates. Ciao for now! 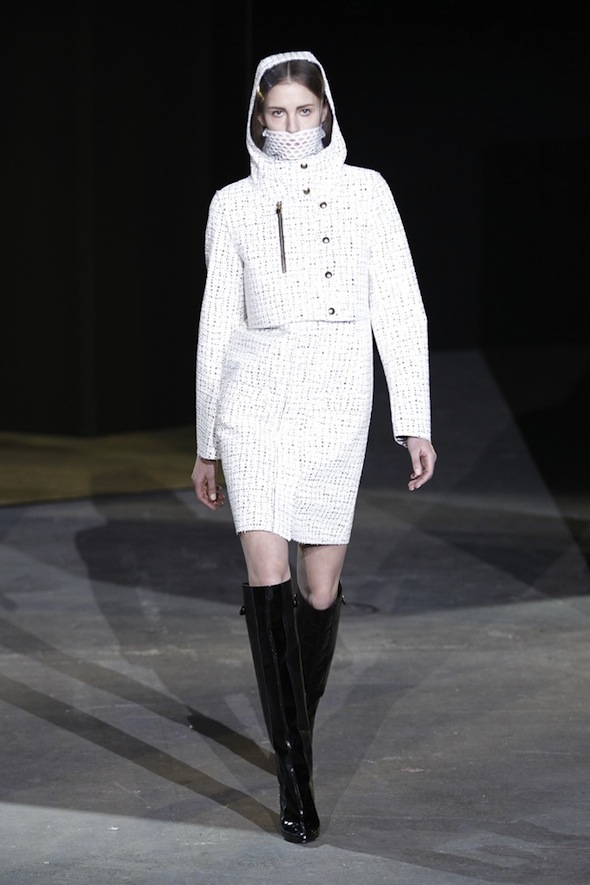 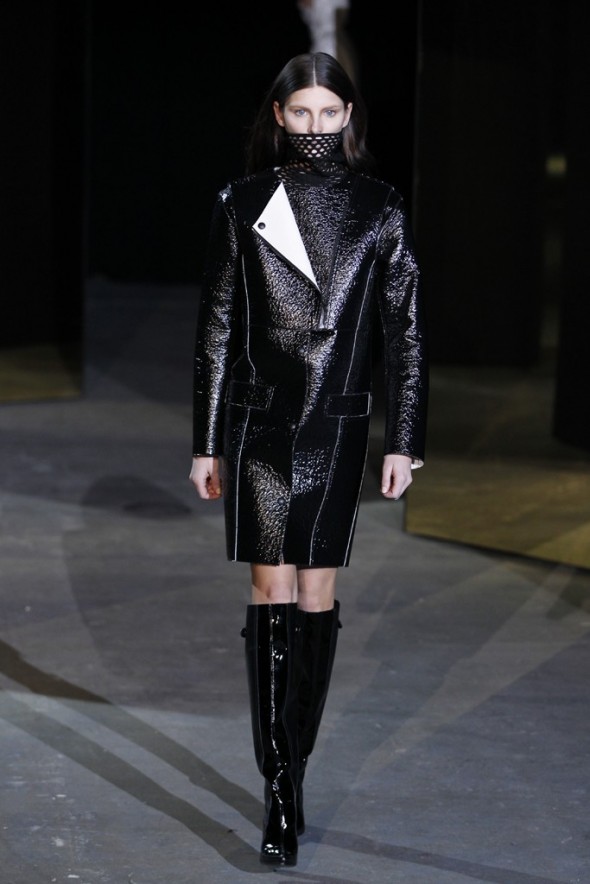 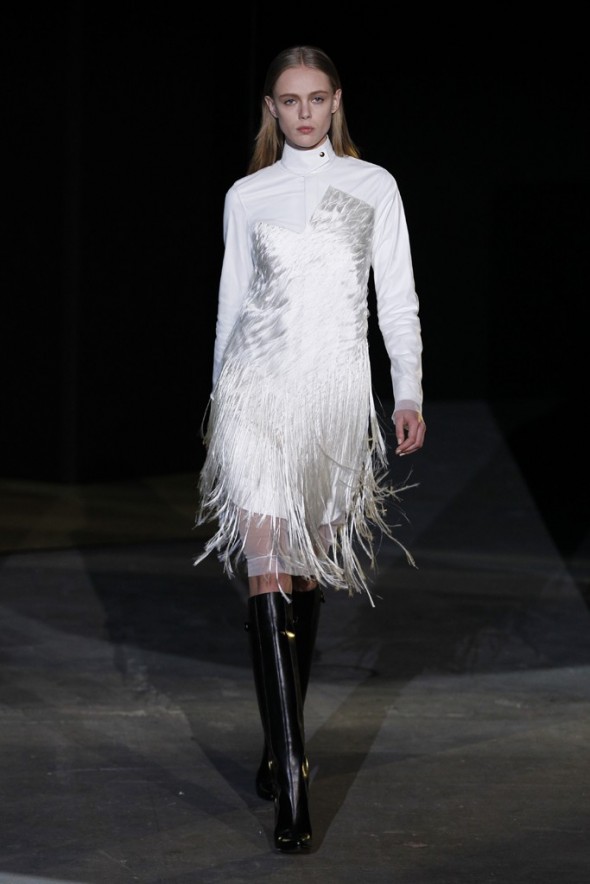