I know it is Thursday, but after a whirlwind of fashion week activities and finally getting theses photos in my dropbox, I am able to play a little catch up now on my reviews from the week. I was told last night by a friend that the posts are only relevant if they go up the week the show happens, if not the day after. That is all well and good if you have a dream team of editors and photographers to back you up. One day, for sure.

First up on my agenda was the Jenny Packham show at 9am on Monday morning. Taking us back to the 1940’s, a destitute time in American History, Packham’s collection remembers that era as the heyday of the femme fatale. Forties-fantastic dresses fit for the screen sirens of today went prancing down the runway from a burst of fog with sultry Lana Del Rey music playing in the background. I can see Angelina Jolie wearing any of these numbers in next week’s Academy Awards red carpet gala. Each model glided to the beat down the catwalk in sexy pairs of Louboutins and a matte cherry lip.  Each gown was more gorgeous that the last, with hues of salmon, baby blue, brick, black and nude as the flavors du jour. Form-fitting yet flowy, these flawless dresses should be on everyone’s most wanted list. 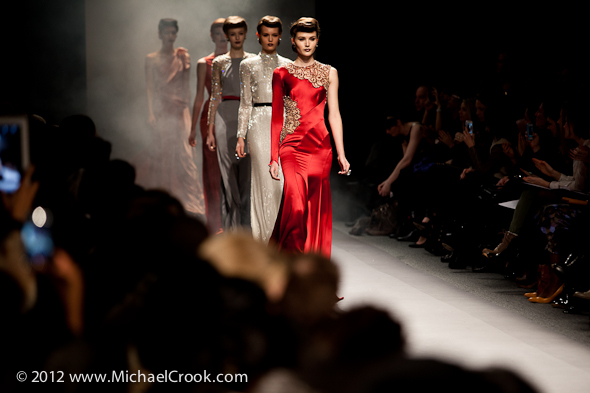 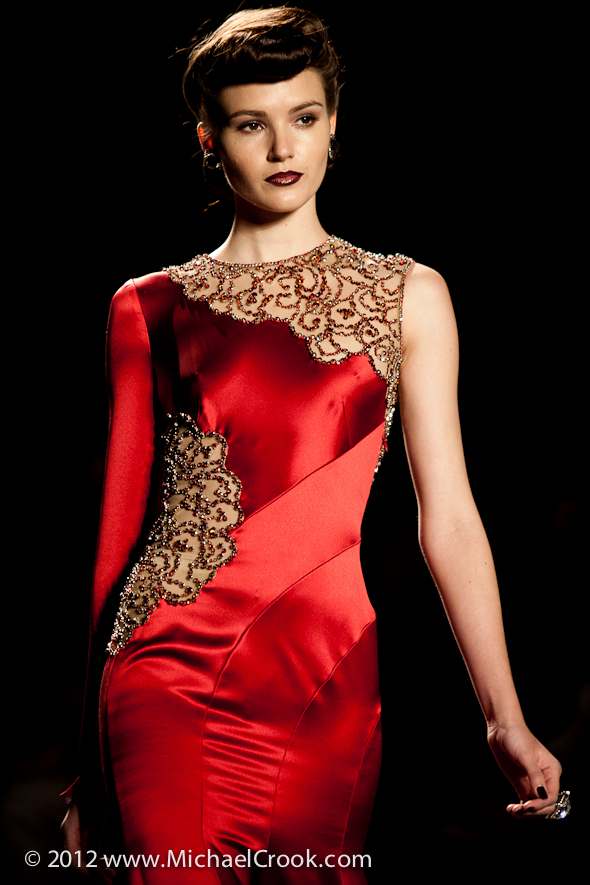 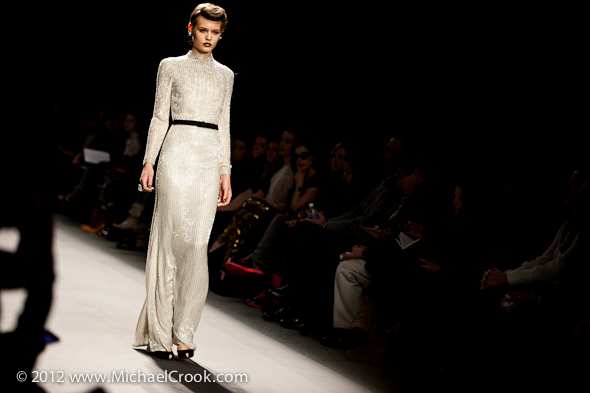 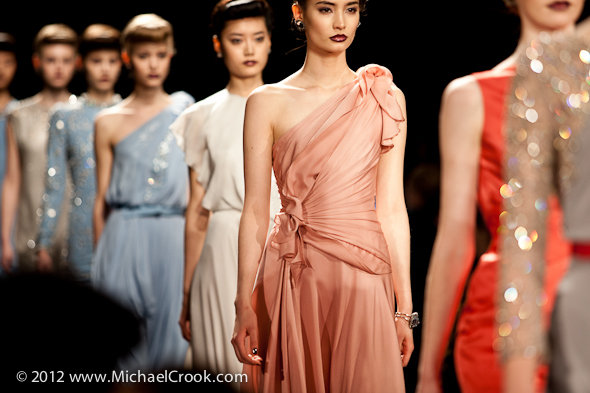 And from one glamourous stop to the next, Carolina Herrera was next up. Her inspiration did not come from the 20’s, 30’s, or 40’s but rather, the present.”It’s a collection that is for a glamorous woman who wants to be elegant, who wants to be seductive, who wants to be a real woman,” says Herrera. And that it was. It was all about fur embellishments, prints that look like they were painted by hand, and loads of navy and black combinations. The big news at Herrera? The cropped jacket, a new silhouette for the designer. One of my favorite was the haute pink ball gown, the final number. Not going out of style anytime soon is the glam girl that wants to have fun. Brava! 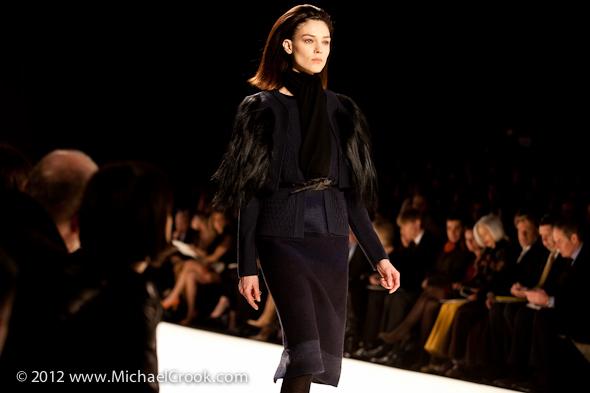 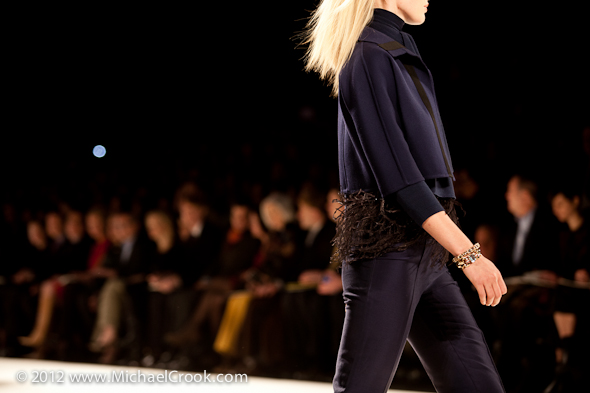 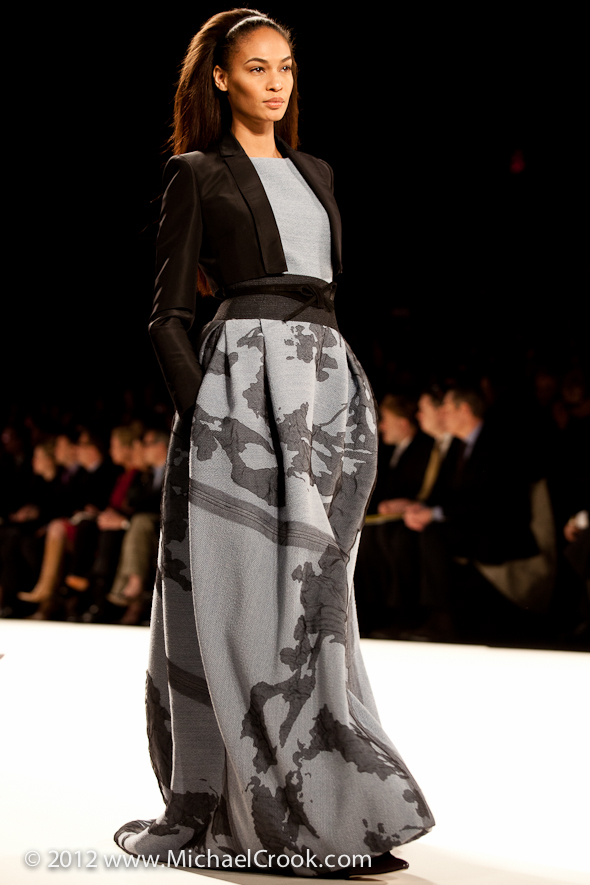 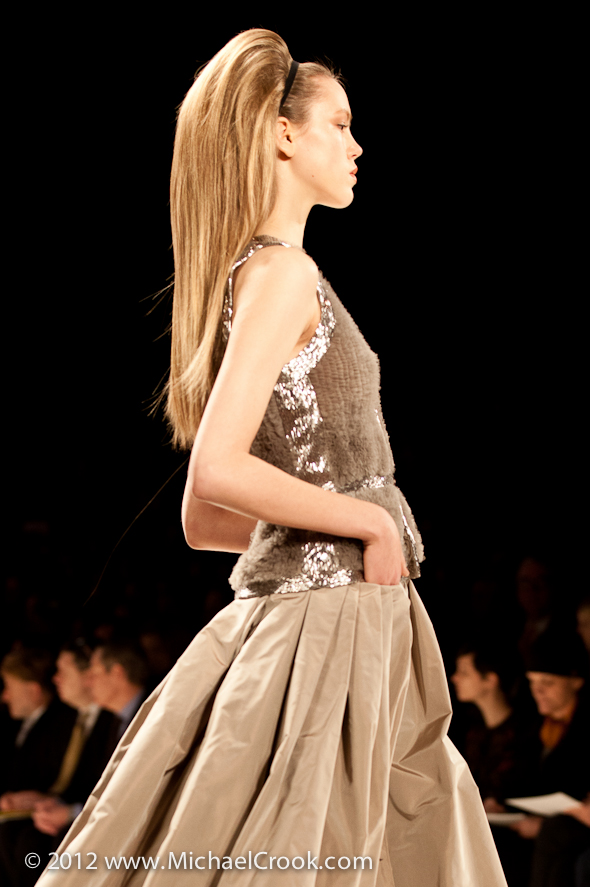 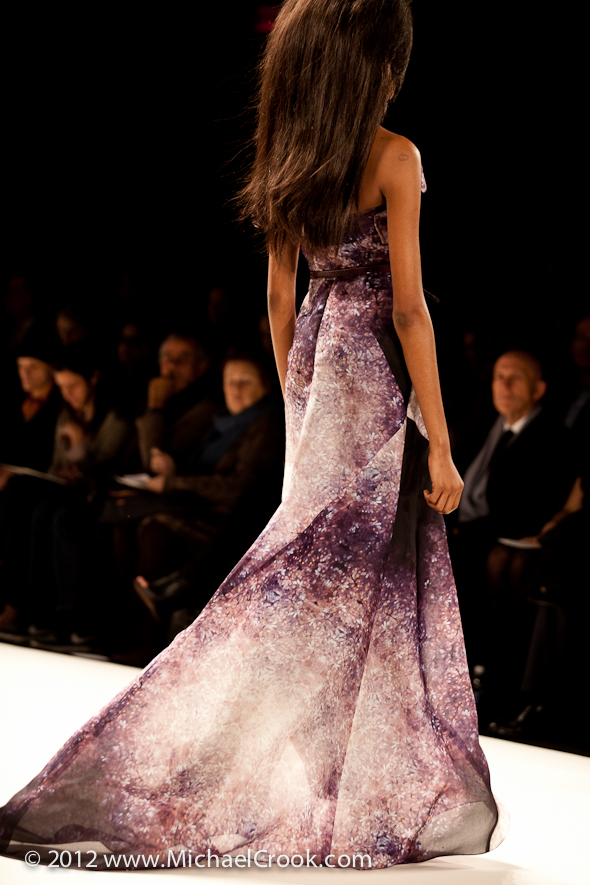 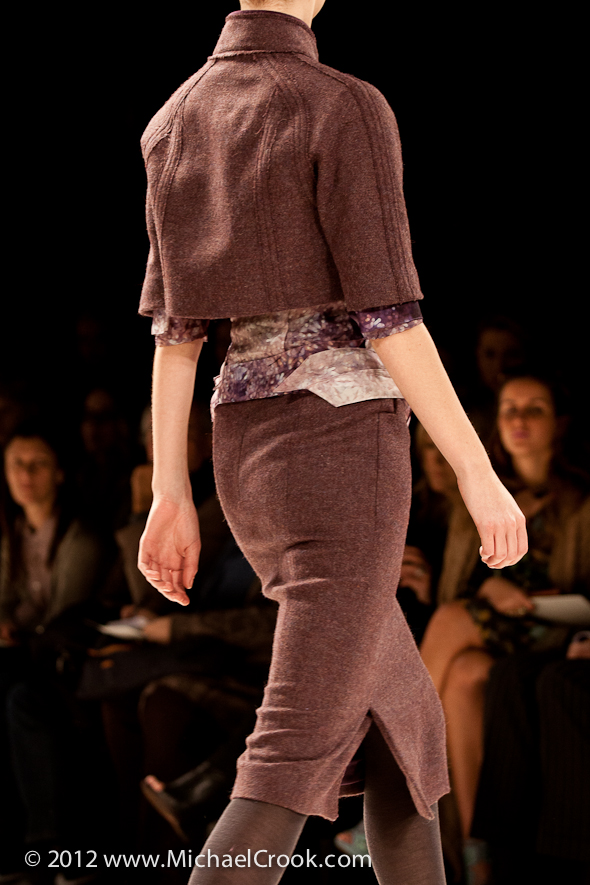 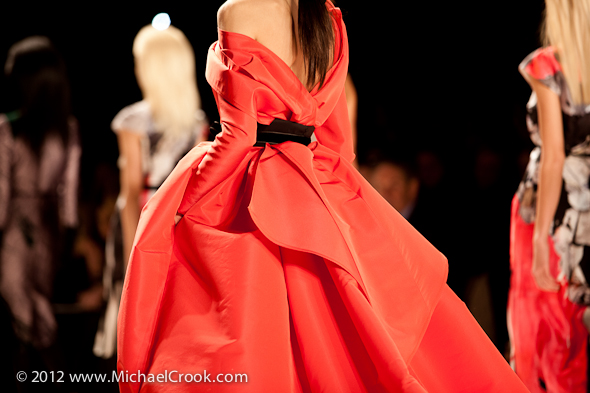 From the ball to the rodeo we go. Inspired by his native Brazil, Carlos Miele, showed gaucho sashes, hats and ponchos fit for riding that horse, yet wearable for cosmopolitan women who travel all over the world. Embarking on evening wear, he featured gold and pampas prints, but the real winner was the hug gaucho poncho in oatmeal knitted fox. Yummy. 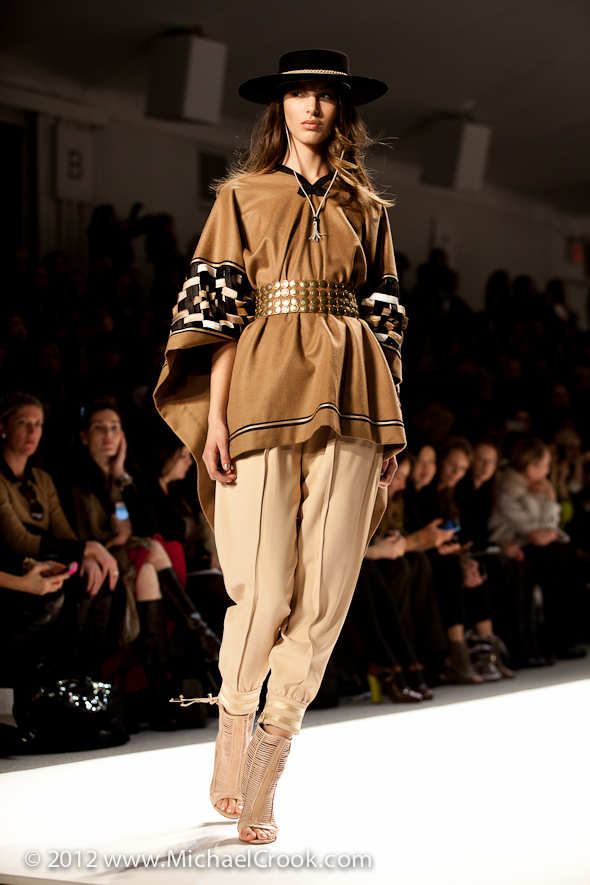 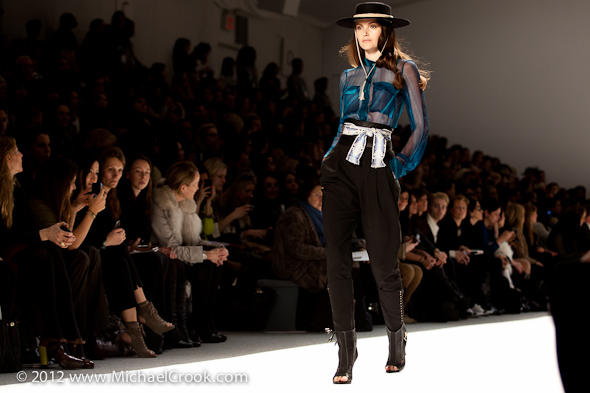 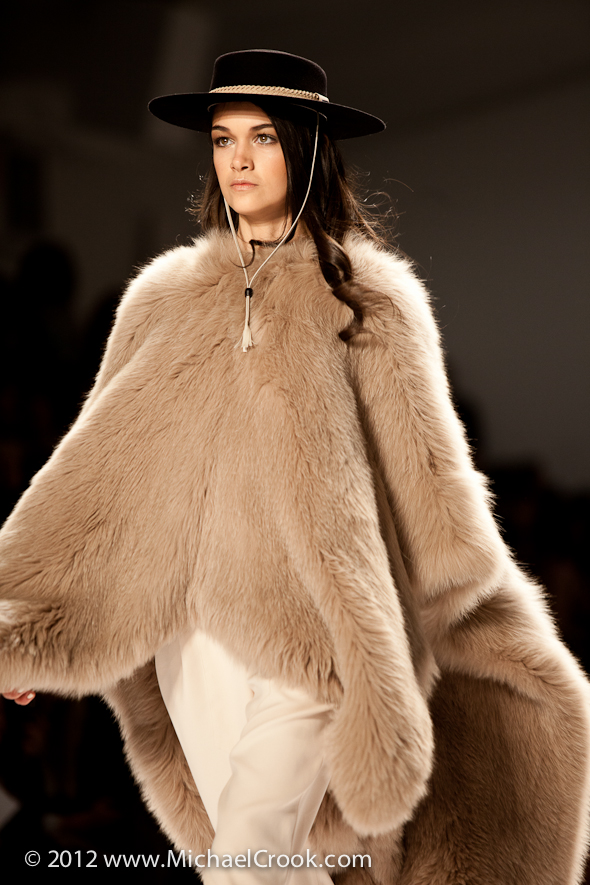 With “Feminine Power ” being on the designer’s mind this season, to Reem Acra we go. A rock star turn from a Hollywood classicist, Acra who dressed Madonna for this year’s Globes, showed second-skin leathers mixed with underpinnings of lace and chiffon. Check out the evening gowns with dramatic cut-outs–firework worthy –and the sequined cigarette pants ( not shown) . Glamourous girl power seems to be a running theme. 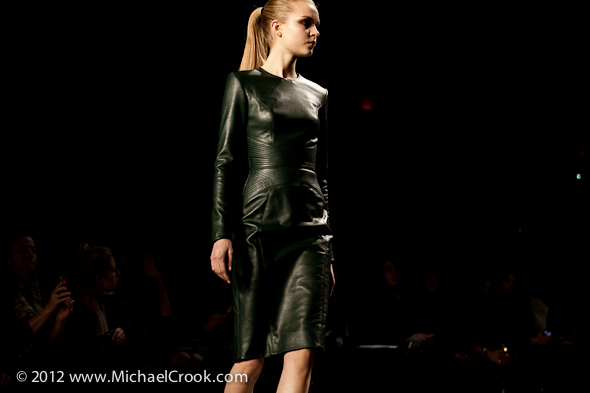 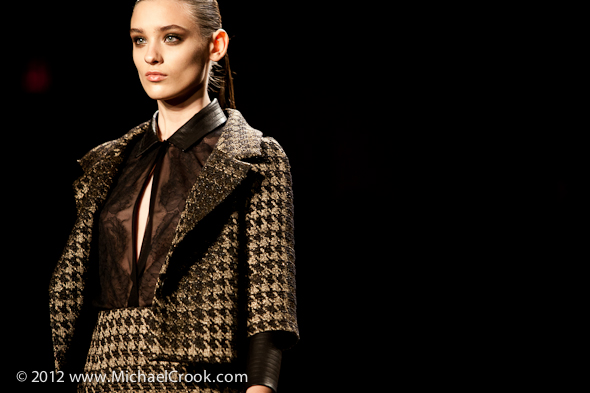 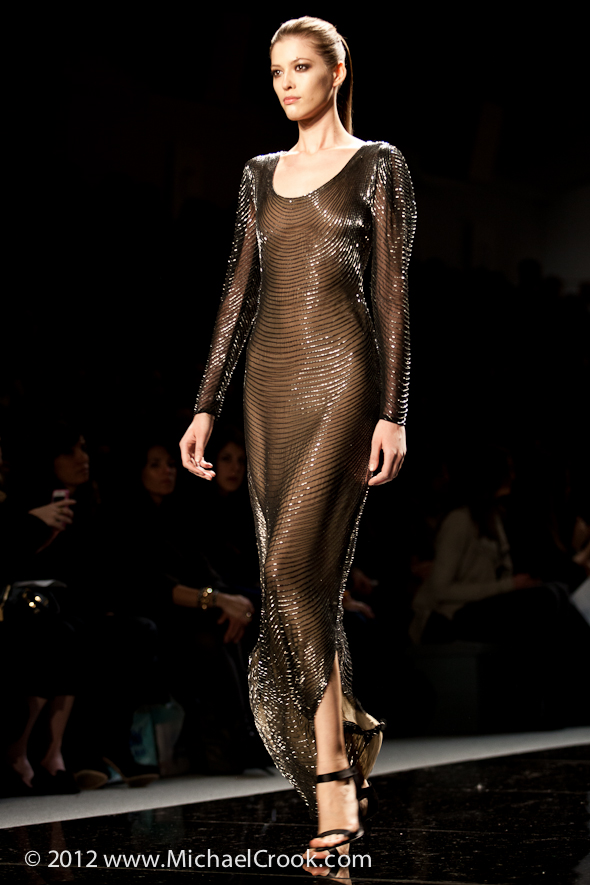 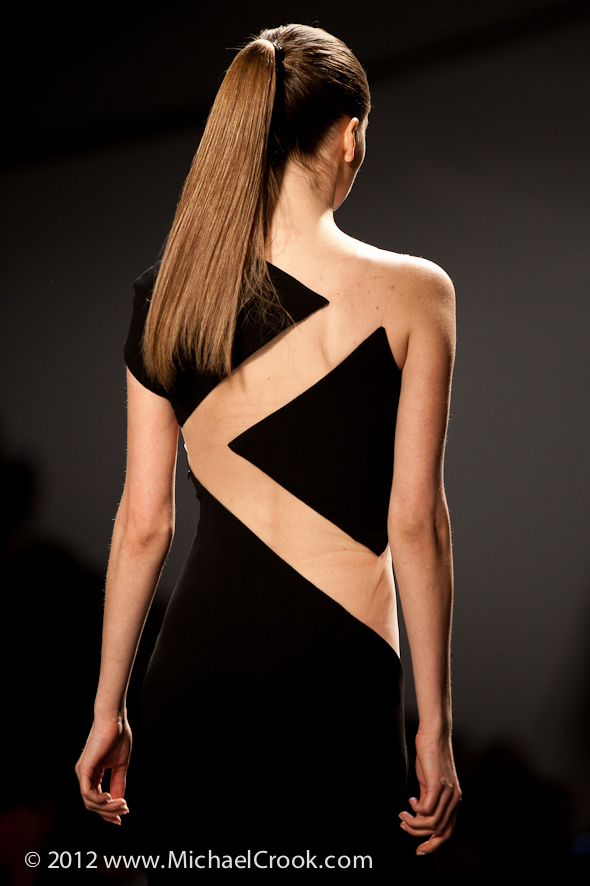 For the final show of the day, it was party time for Chris Benz. Last season, he served lemonade with a spike of vodka in the outdoor bar, if you remember last season’s post, but this season no drinks. I’ll blame it on winter. Nonetheless, I love seeing a collection at Avery Fisher Hall . That’s where the New York Philharmonic performs, an occasion for which some people, even today, still dress up. That is what not-so-newbie Benz who started showing in 2007, wants our heads to be come fall. He achieved just that by using silk faille and more beading than usual. Bright colors included red, yellow, and green, and as far as accessories, bows, and elbow-length gloves appeared a la Jackie Kennedy. Models, who stood on pedestals against a gold, glittery curtain, had high, poufy hair and little chapeaux on top. And they seemed to get into the celebratory mood too, smiling and chatting while posing. Better than that icy stare from the runways, and a great way to start my Monday of NYFW! 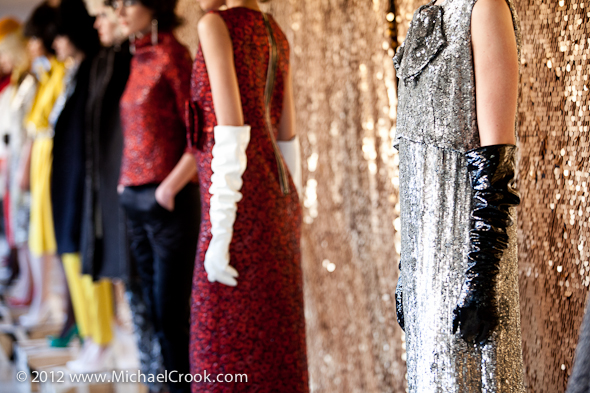 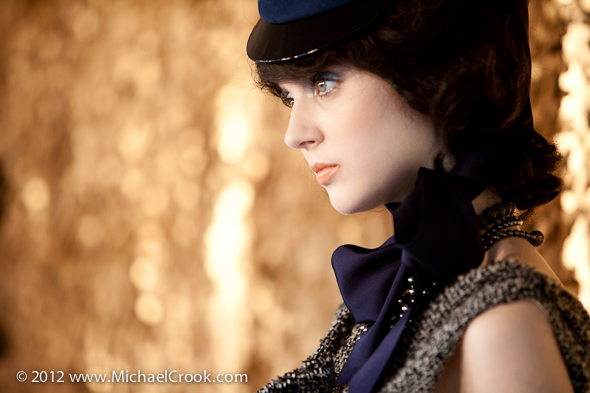 Don’t get me started on the lobster gloves…! Can you say Chris likes to poke fun? 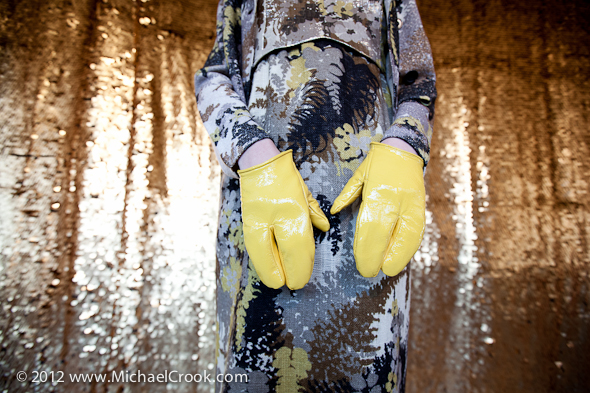 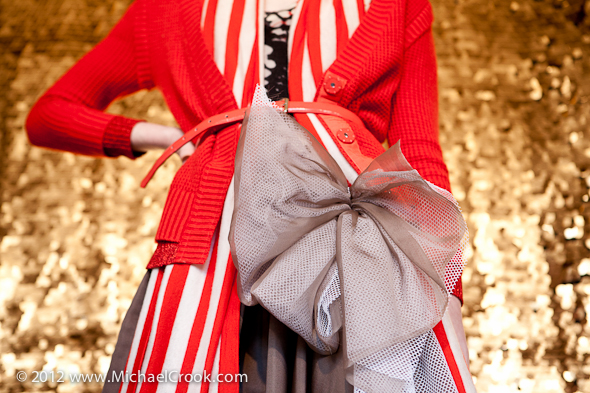 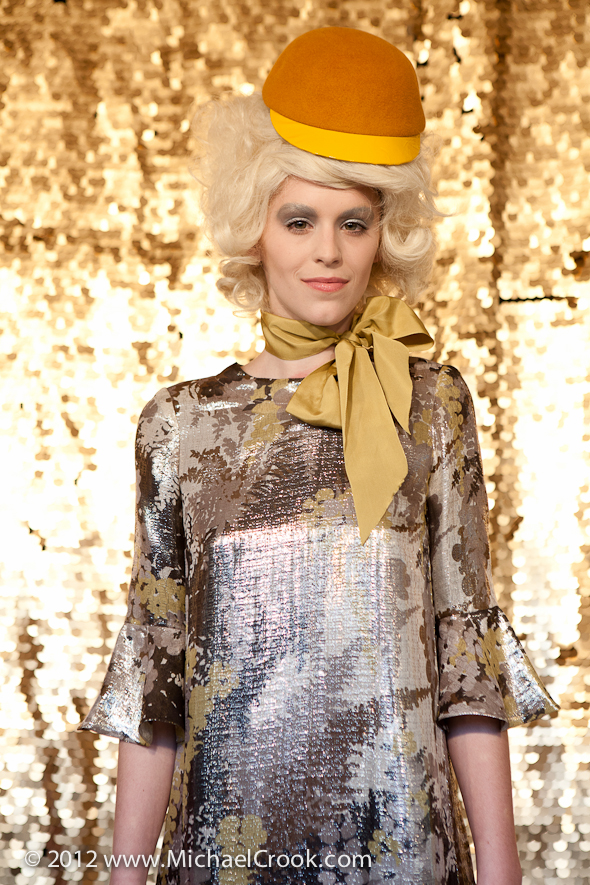 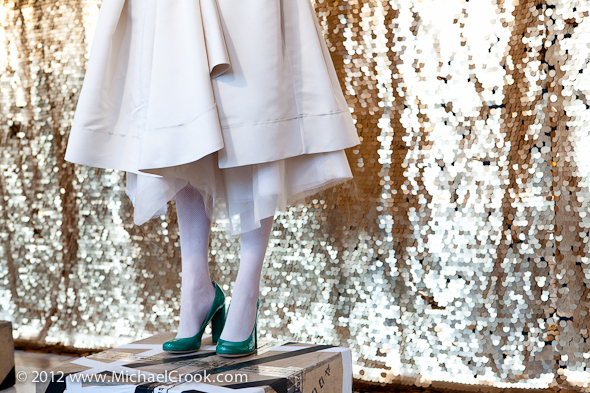