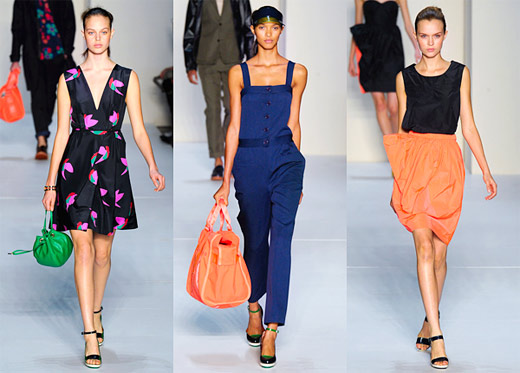 Wow what a week! Spring has sprung for Mercedes Benz Fashion Week, and my days have been jam packed running from Lincoln Center to off-site venues on the High-Line into every nook and cranny of NYC. Its non-stop a go-go.Keeping up with the shows,  connecting with old friends, meeting new and interesting people,  celeb spotting     ( I’m sure you heard about Nicki Minaj at Herarra, Beyonce’s appearance at J.Crew, and Michael Douglas at Kors)!  attending launch parties, and tweeting as much as humanly possible are all part of a long days (and nights) work.

I’d love  to do a post a day reporting on all the goodies that I’ve seen throughout the week, but flying solo sans assistant makes it impossible to make that happen. Here’s the short list of what stood out at the shows:

Designers sent models down the catwalks with wet hair, unusual lip colors, and smart styling that kicked the collections up a notch and made the clothing come alive. See what I mean in the photos of my favorite looks from the runways of NYFW.

Vivid color has shown up on the likes of BCBG, Victoria Beckham, Jill Stuart, Jason Wu and Derek Lam. 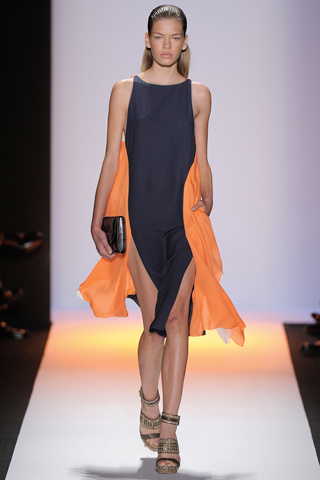 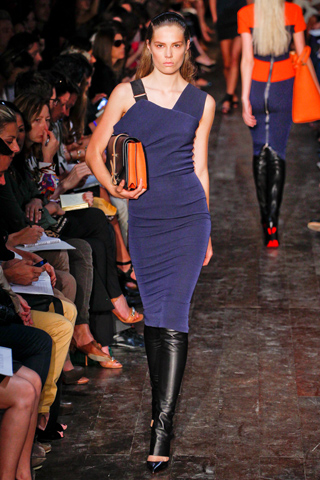 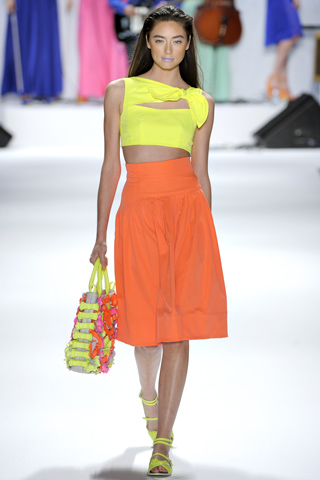 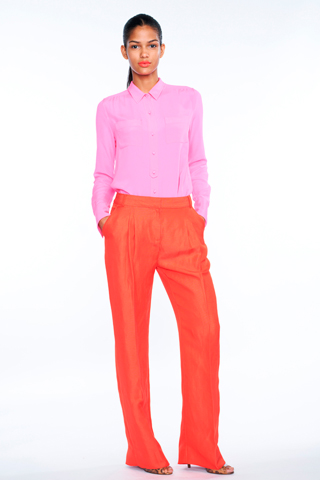 The theme for the season, according to JASON WU, was “clean and couture — but with some very quirky elements.” Hence the Pop Art colors — chartreuse, “shocking pink,” and electric blue. 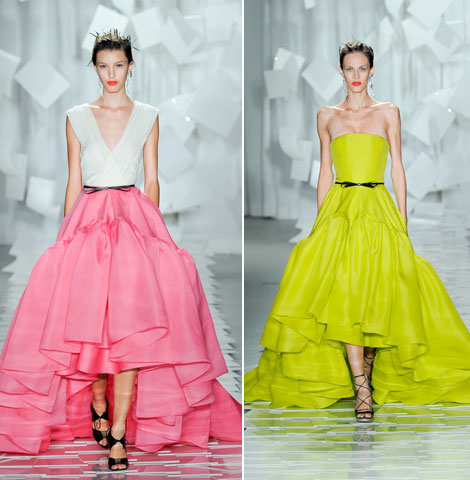 Pantone declares Tangerine as the color of choice for the Spring palette.  Who am I to argue with Pantone? The New neutral? a Rainbow 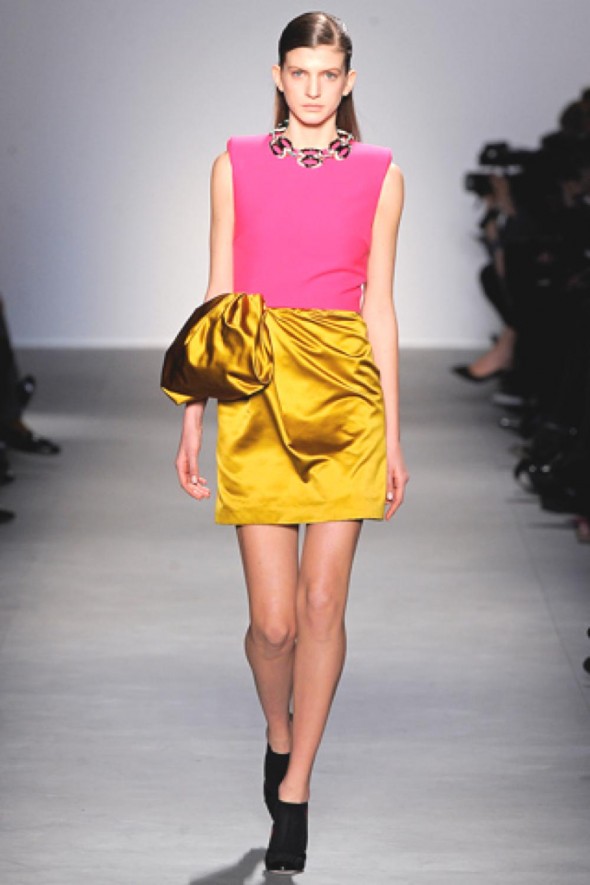 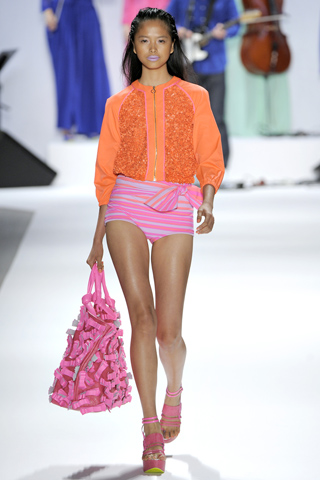 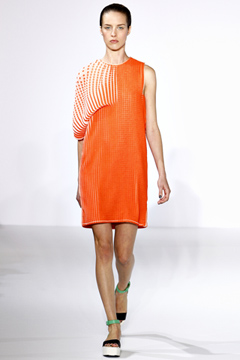 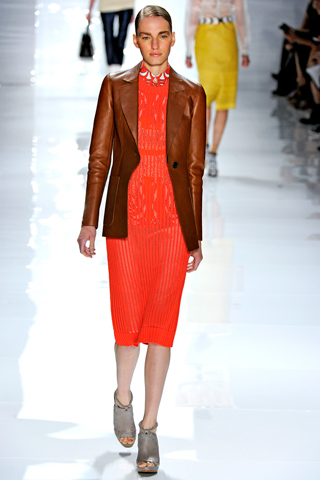 On the opposite side of the spectrum:  The airy and flowy look.

One of the highlights of my week had to be Mary-Kate and Ashley Olsen’s show, The Row. Elegant and super chic, the palette was monochromatic white which suits their crochet knits and the delicate silks. The PJ pants were standouts – an air of effortless sophistication. 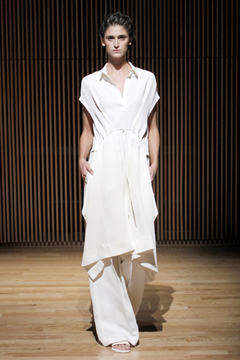 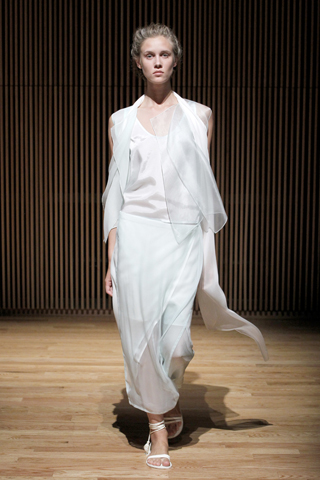 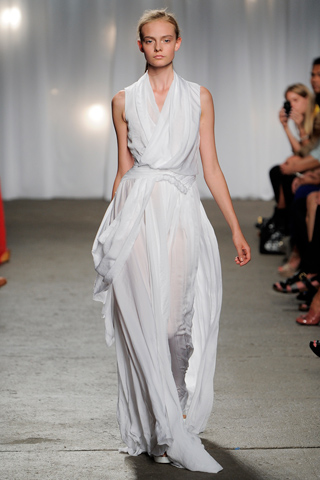 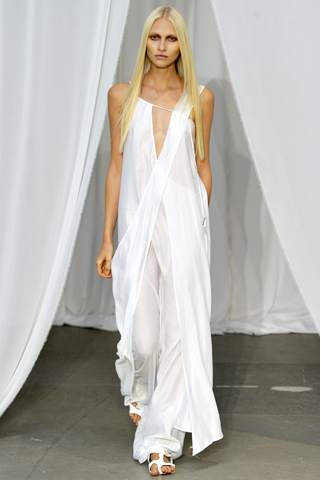 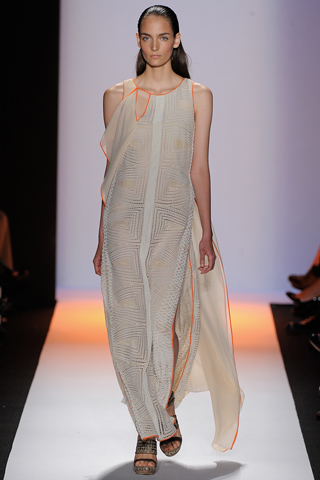 Whether you want to be noticed or behind the scenes, next Spring there is a look for you.  Or, rock both trends at once as seen at Kaelen. 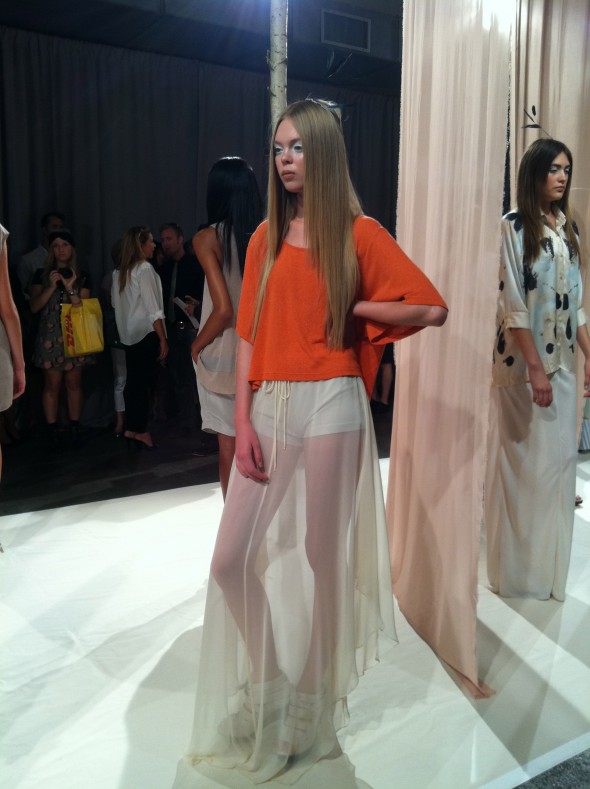