At the very end of New York Fashion Week I made my way to The New Yorker for Couture Fashion Week. The annual event is sponsored by Emirates Airlines, who is now flying between New York and Milan. The event I attended showcased 3 brands:  Yasmine Studio, 3zehn, and Pedram Couture. Between each show was a song by an opera, which was both entertaining and surprising. Though technological problems caused the show to run late,   the looks that appeared down the runway were unique, and it was nice to see designers being represented from around the world.

As soon as looked started coming down the runway, it was clear that the focus was on coats. Underneath, models wore simple black t-shirts, leggings and black heels. The first couple coats gave a nod to the designer’s New York education at the Fashion Institute of Design. My favorite coat by far was the all black one, especially with its cinched waist and leather accents. Currently, the brand is based in Nepal, which is evident in the printed coats sent down the runway. Coats of all shapes and colors appeared, but my favorites were the ones with huge collars and red accents. 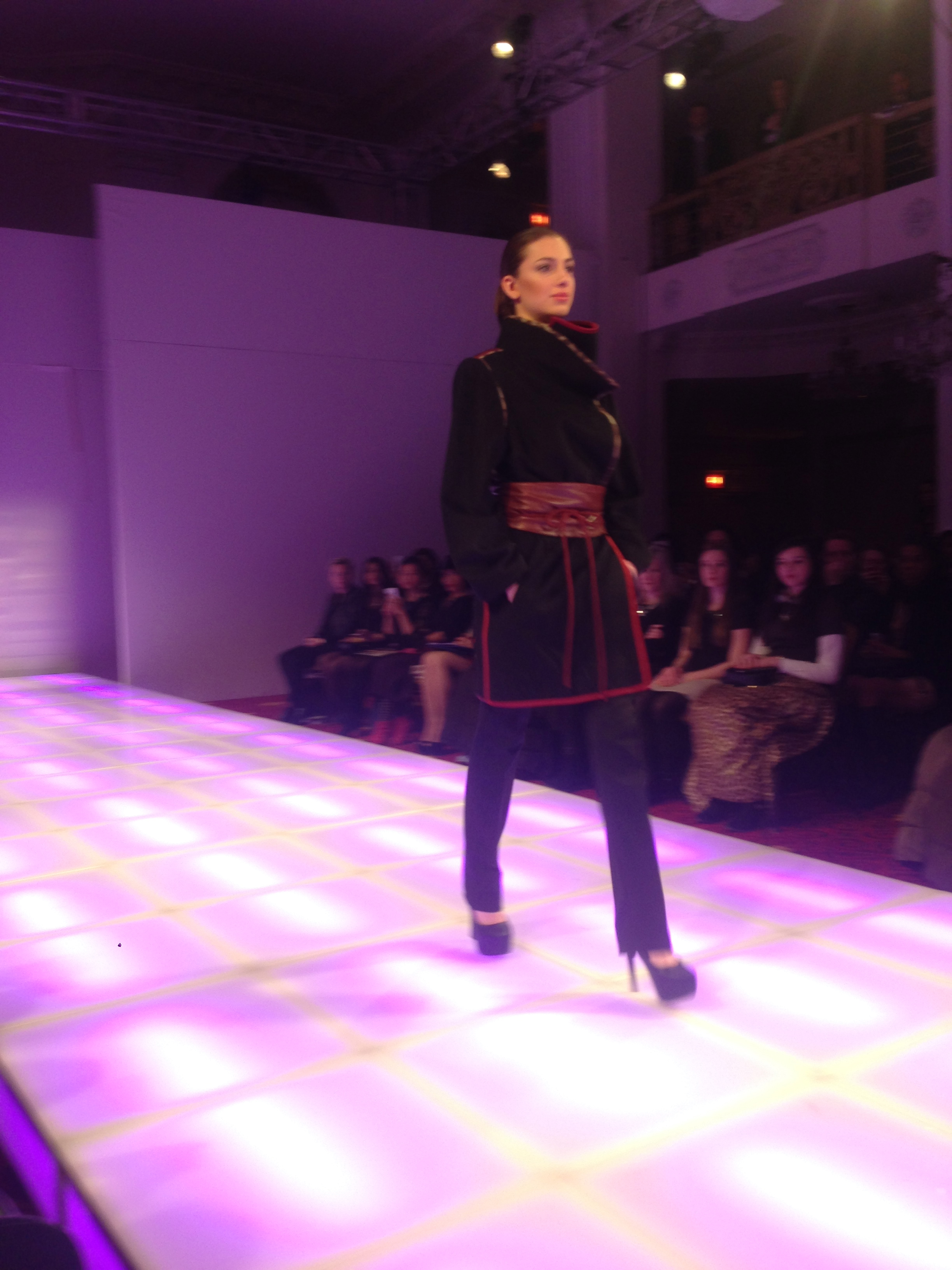 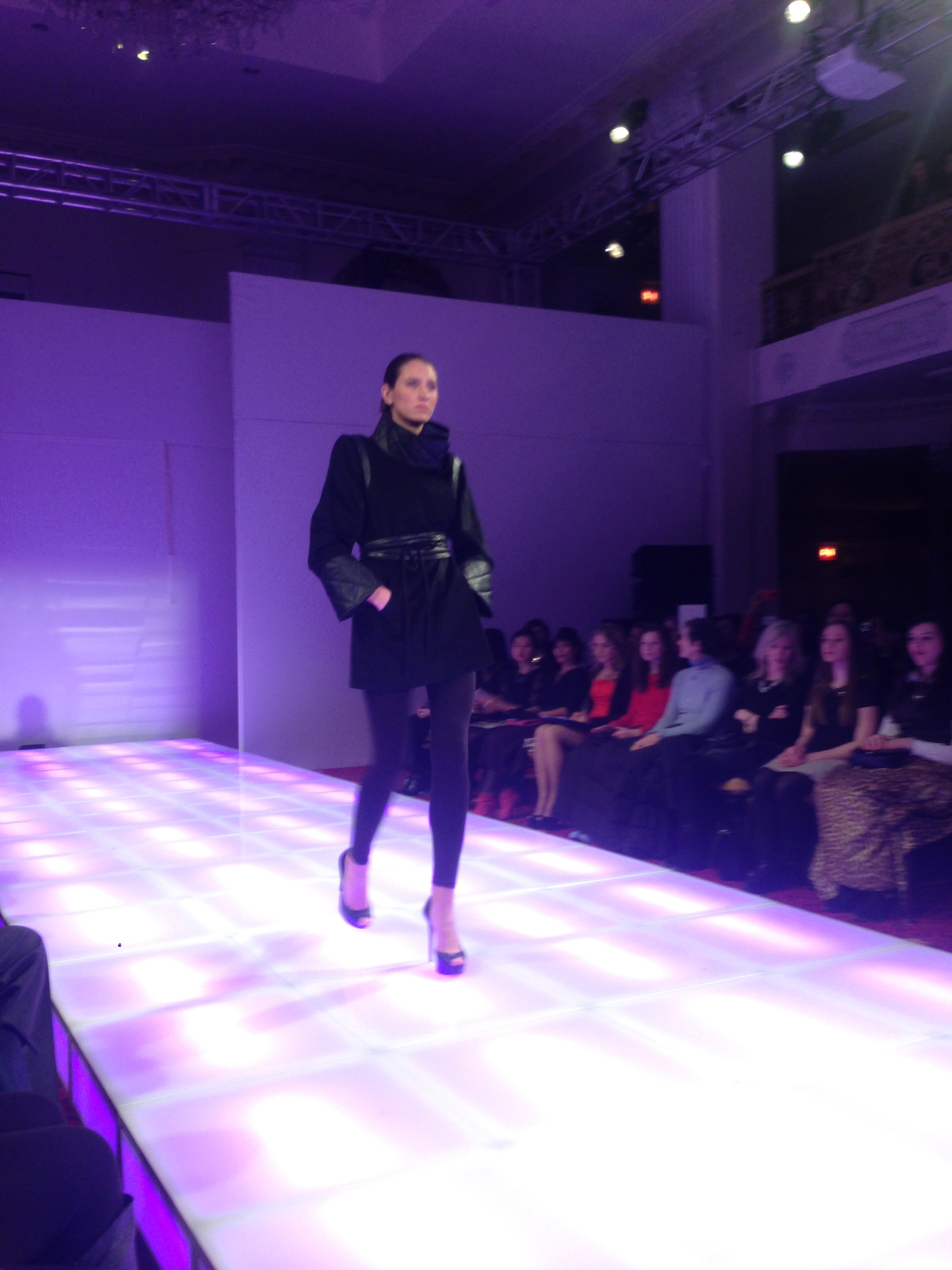 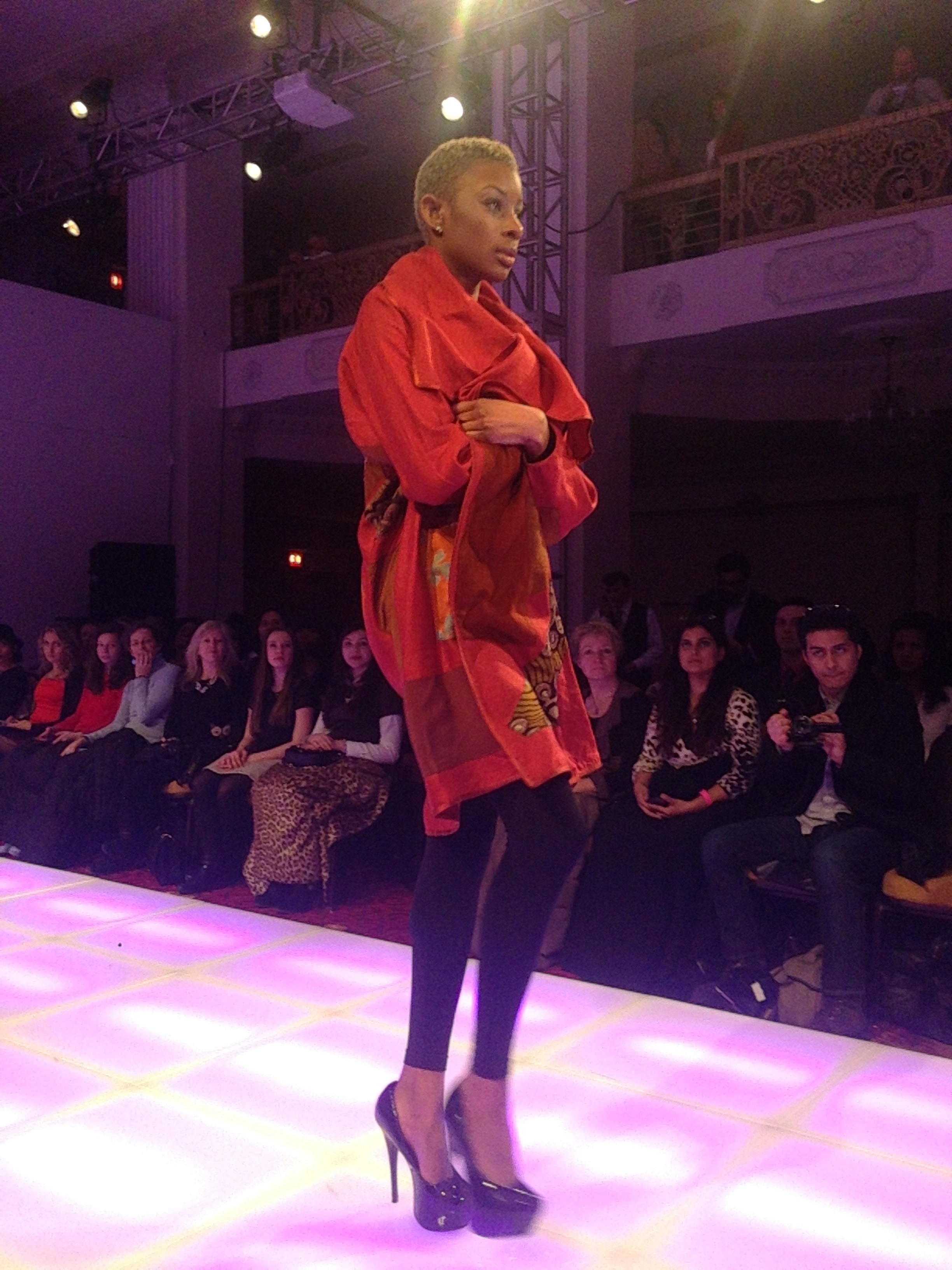 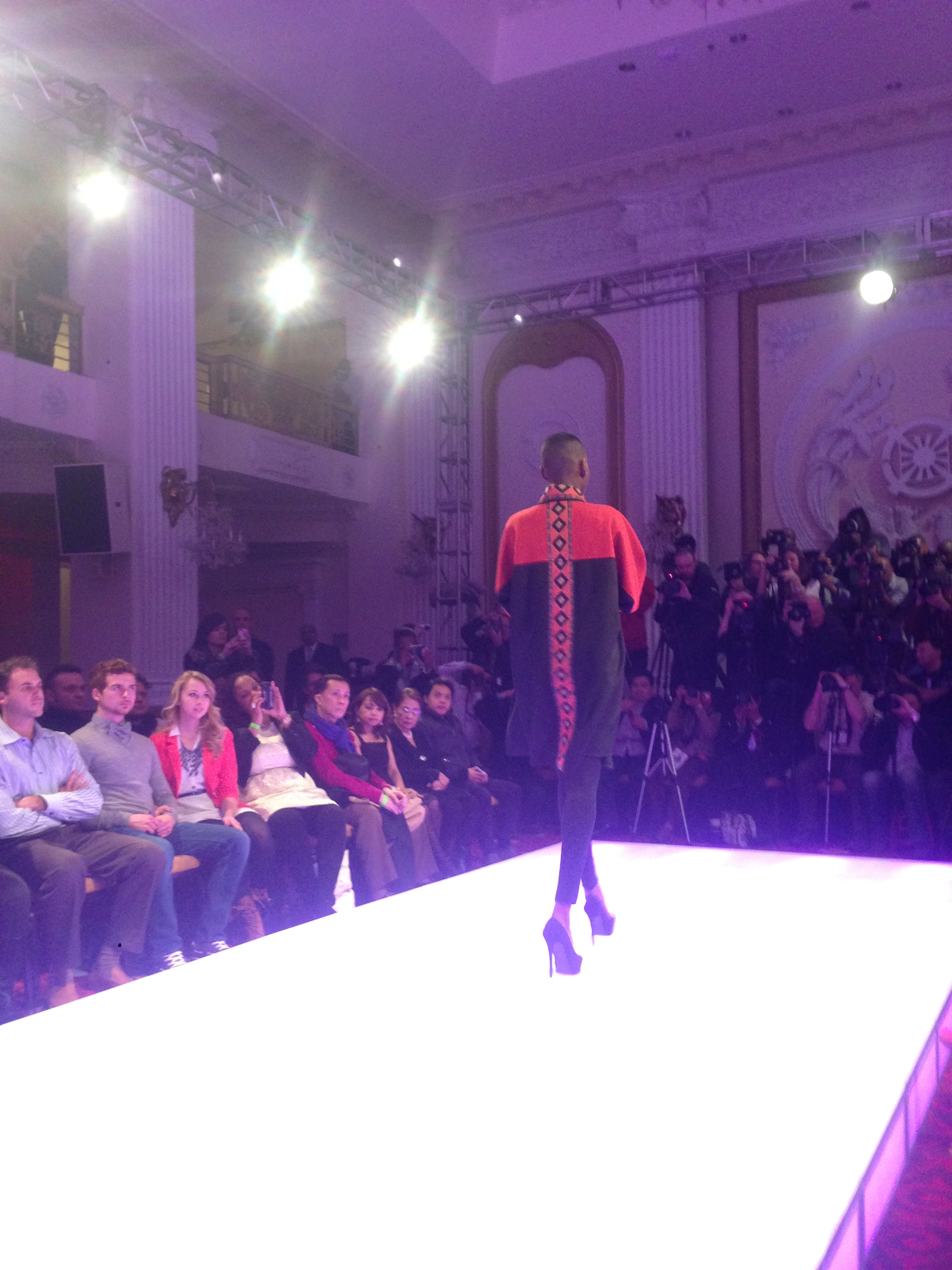 Though 3zehn’s creator Kristin Zimmerman hails from Germany, the collection was clearly more influenced by Spanish culture. The entire collection was black and white, which was a plus for me. This collection was not for the fainthearted, every look was more body-hugging or revealing than the next. However, most looks managed to stay classy and beautiful. 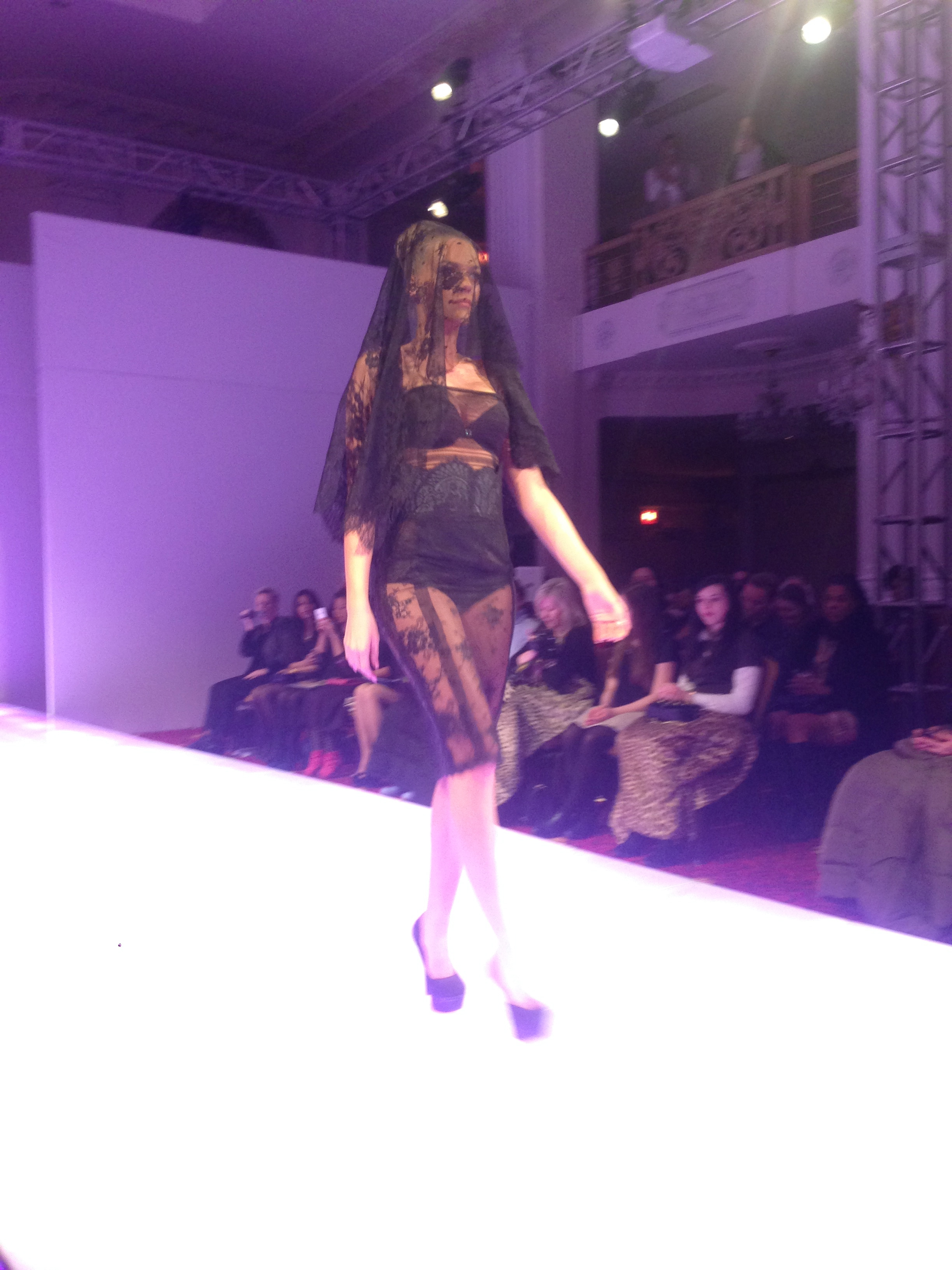 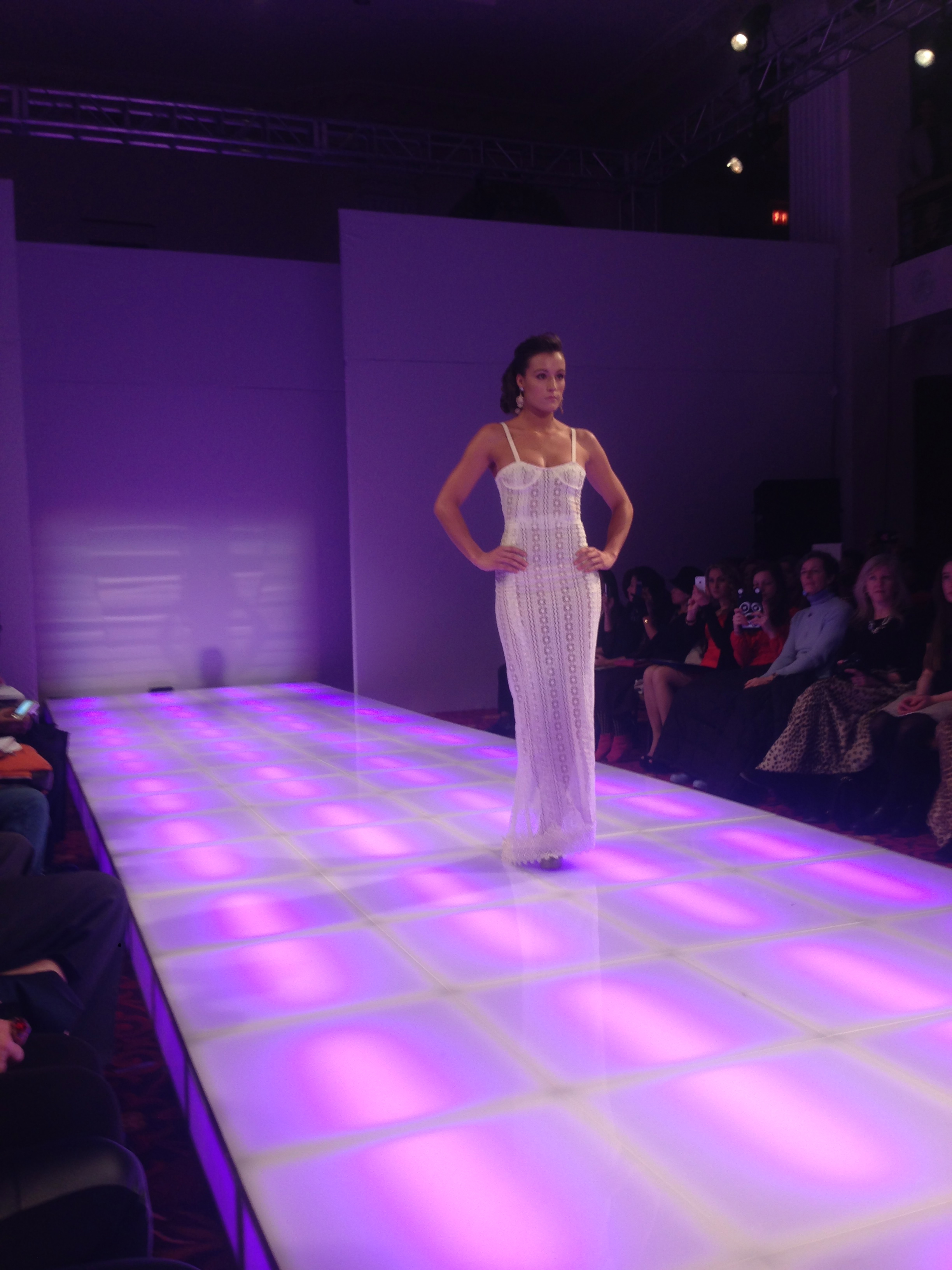 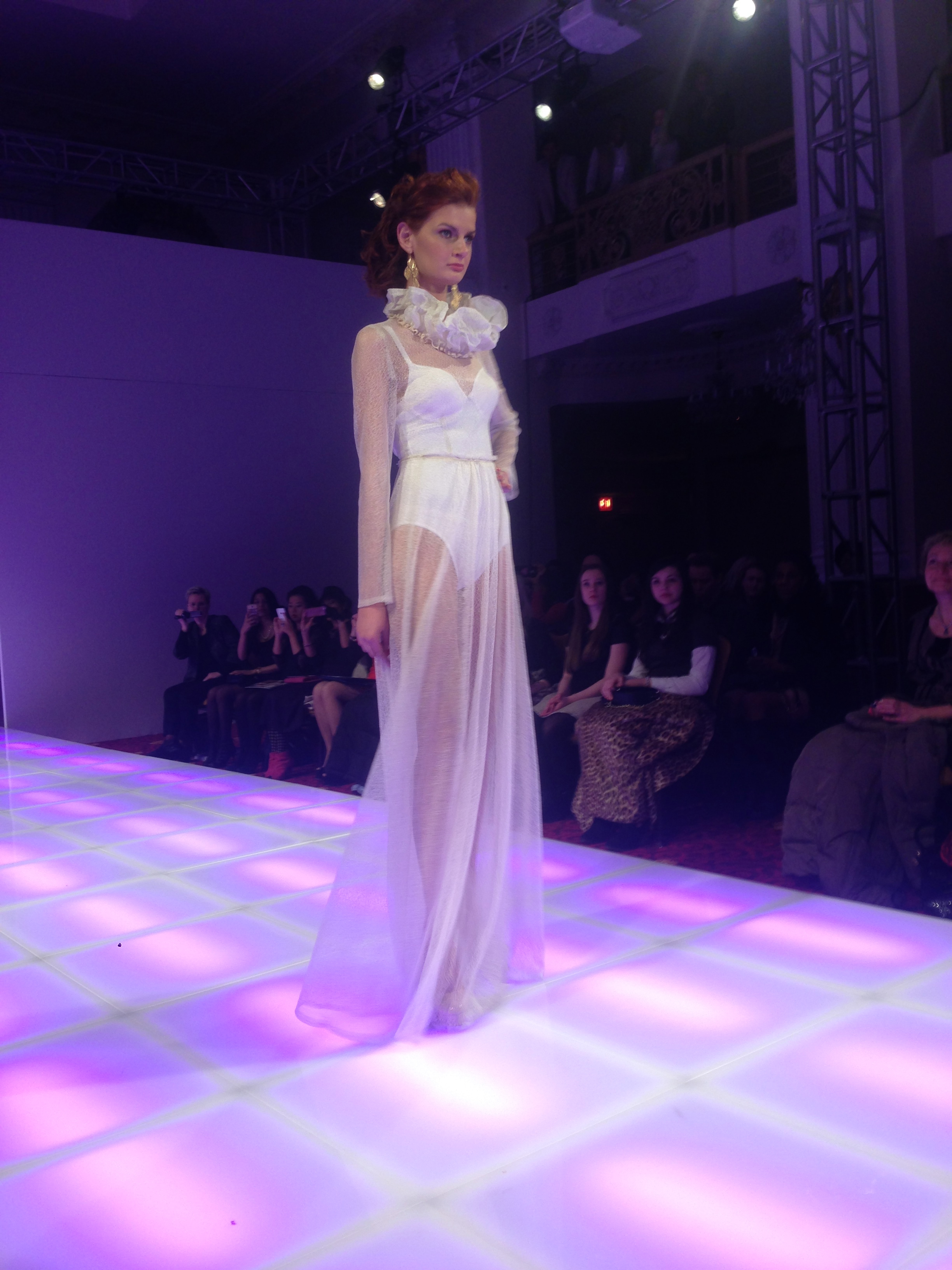 Is the leotard underneath a sheer gown a new trend?!

See: Jennifer Lawrence in Dior. Discuss in the comments!

Pedram Pasha Taheri has Persian roots, and a background in Interior Design. This collection contained the most looks that coincided with the trends of today. Metallic and fur made appearances. Hair was old-school Hollywood and complemented the collection nicely. My favorite look was a backless, polka-dotted gown. Overall this was my favorite collection. 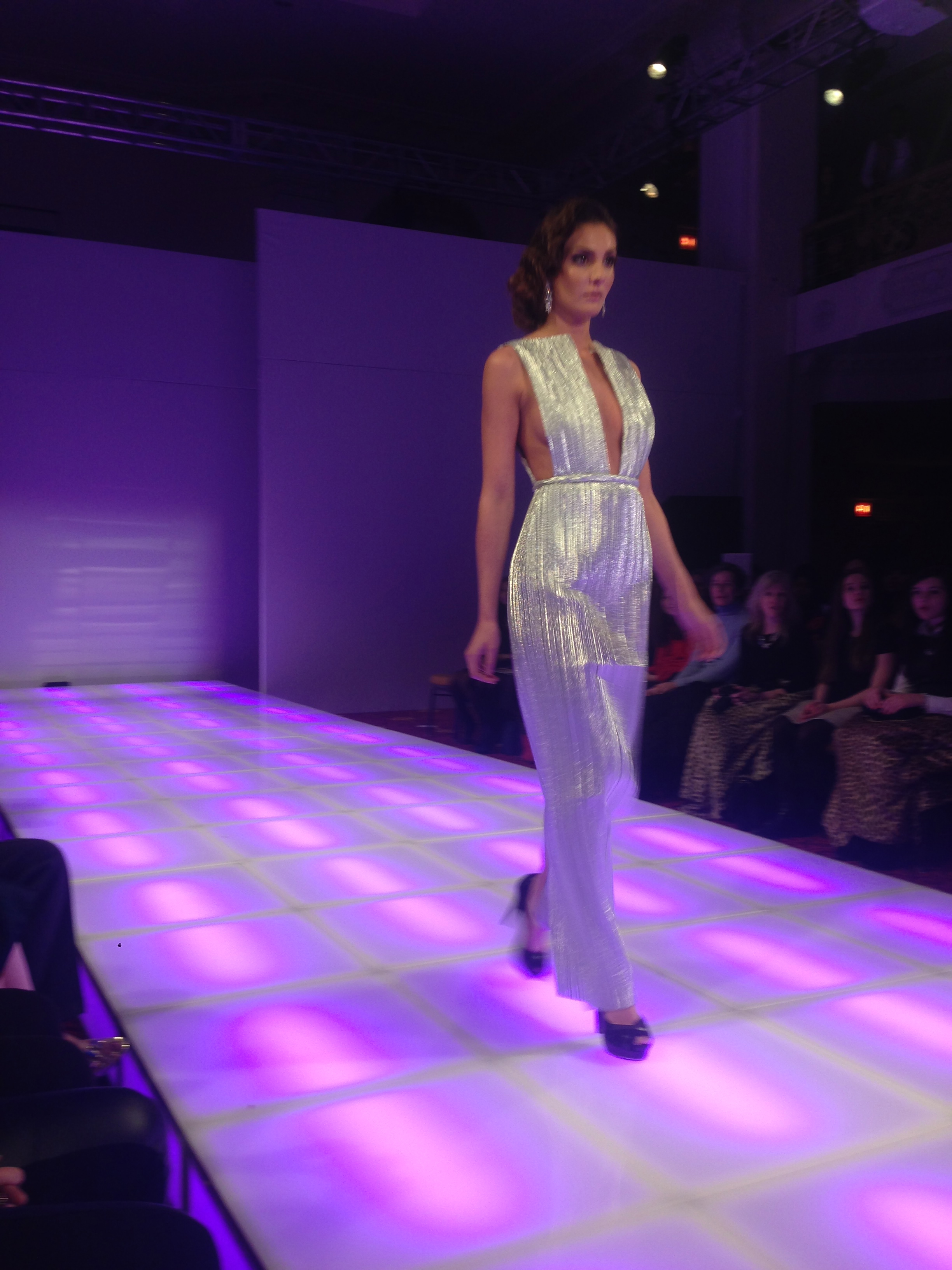 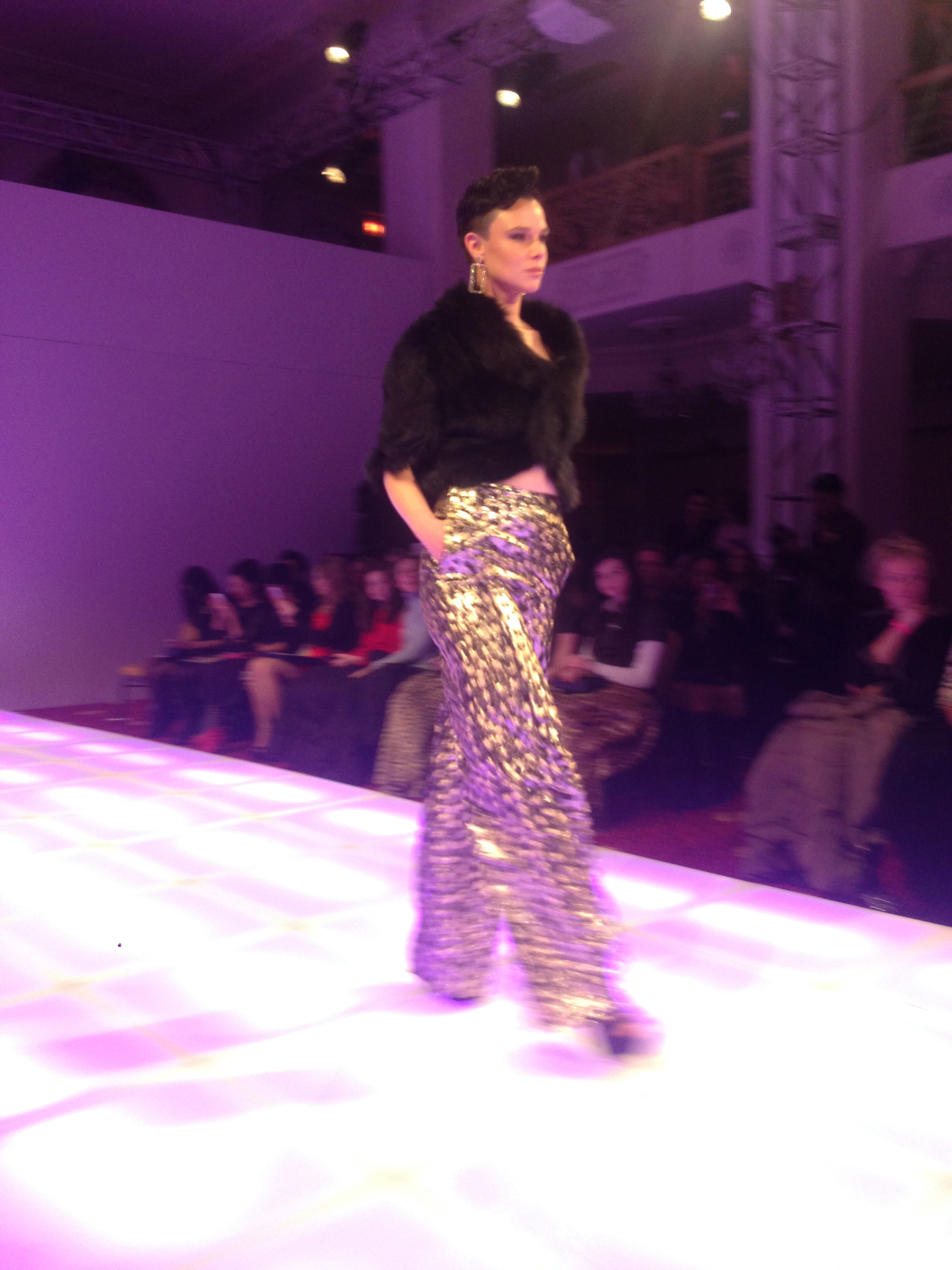 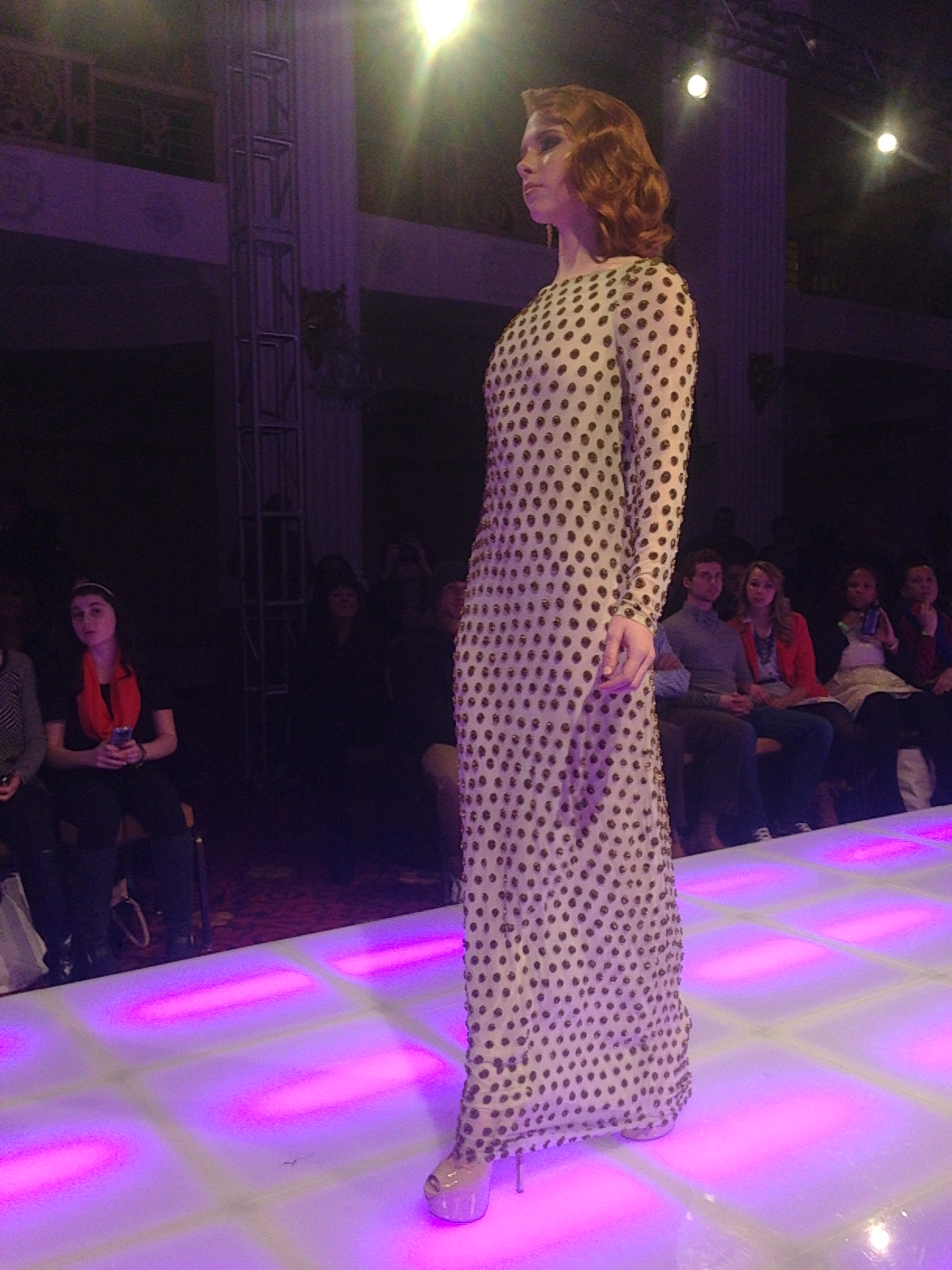 Overall, the show was very good. Suggested improvements would be starting as close to on time as possible (fashion shows run notoriously late but over an hour is a little excessive), and to give the models shoes they can actually walk in. Flats anyone?

All photos taken with an iPhone.