It is hardly a secret that Barcelona has become such a hot destination. What’s is surprising is how long it took the world to catch on to discover all of its charms. As a art fanatic, culture hound, foodie, lover of all things beautiful, I am always searching for the next best party. I was lucky enough to have taken a 9-day trip to Spain. I visited Barcelona, Ibiza, and Mallorca, each offering a completely different perspective of the beautiful country.

We spent four days in Barcelona, where there is a pronounced passion for life, food, culture, and of course, architecture. My trip will be detailed in a three-part travel guide in Barcelona Spain. Where else can you surf in the morning, do a master tour of Gaudí’s surreal buildings (the Sagrada Familia and the Parc Güell, to name a few)? How about eat the best tapas of your life and get lost wandering the labyrinthine, majestic streets of the Barrio Gótico? Below, are some of my favorite spots, along with some recommendations from friends who love the city as much as I do. These are some of my favorite things to do in the Catalan capital, the city that doesn’t sleep.

What to do in Barcelona

To Do. On our first afternoon, we took in the sights after napping for a few, and tried to act like locals. We each had a glass of cava, Spain’s answer to champagne, and shared plates of delicious tapas and wandered around the Born district. We found ourselves tapas-hunting and searching for artsy shops. The best tip? Allow yourself to wander. We stayed at the lovely Hotel Arts, a perfect spot on the water in Barcelonetta to catch the afternoon breezes by the pool. 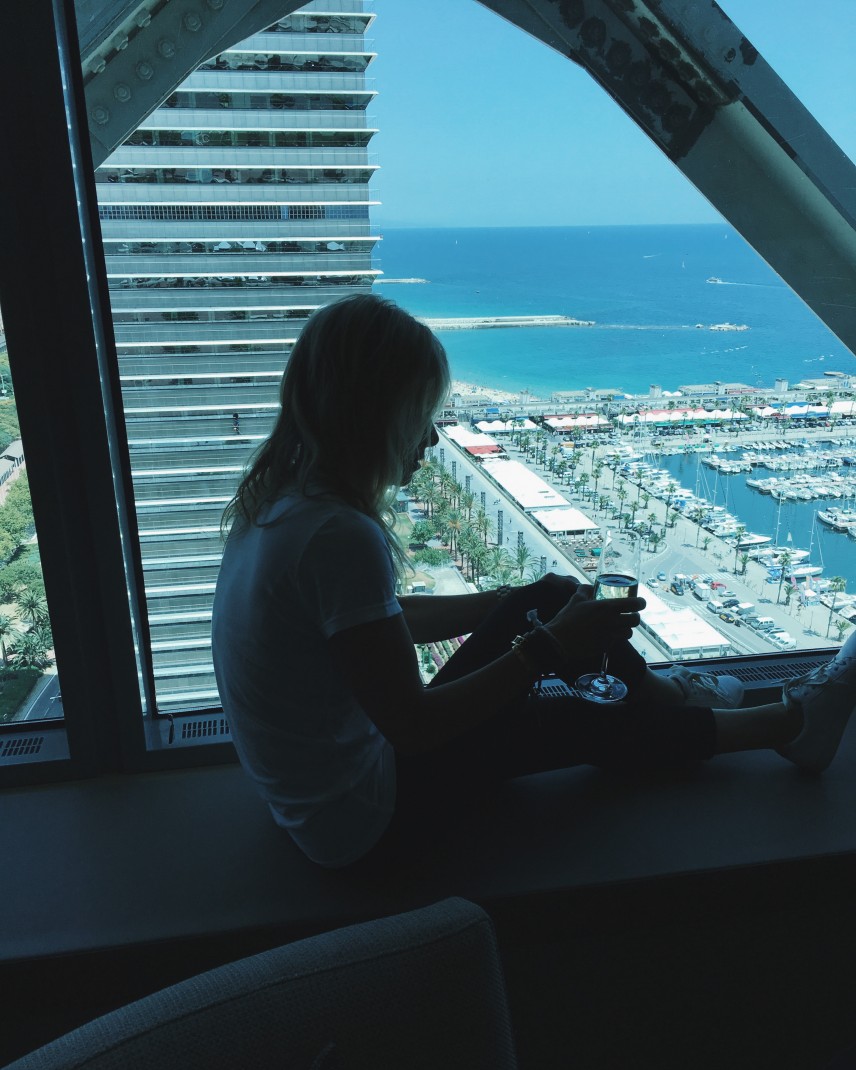 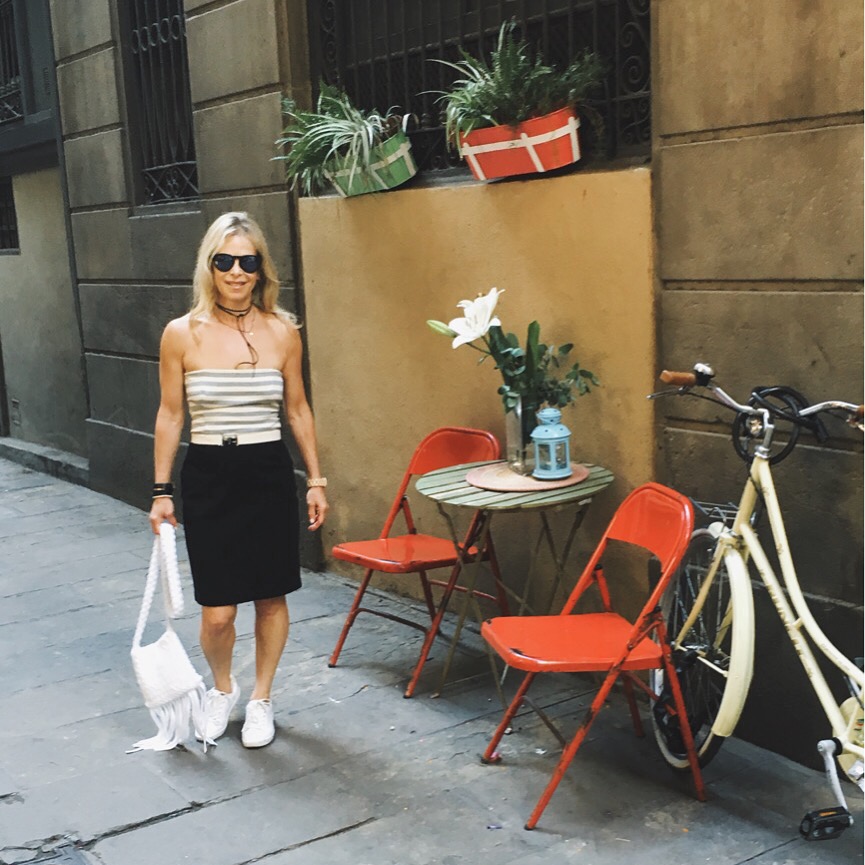 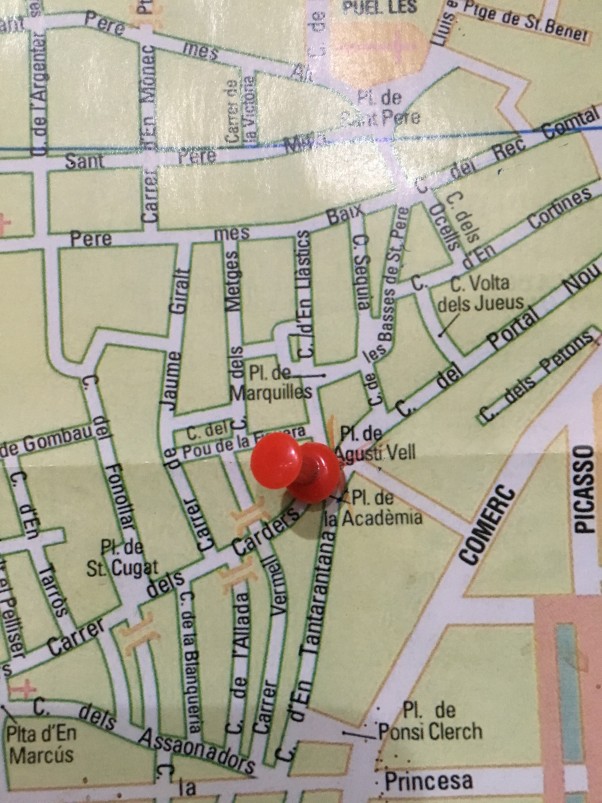 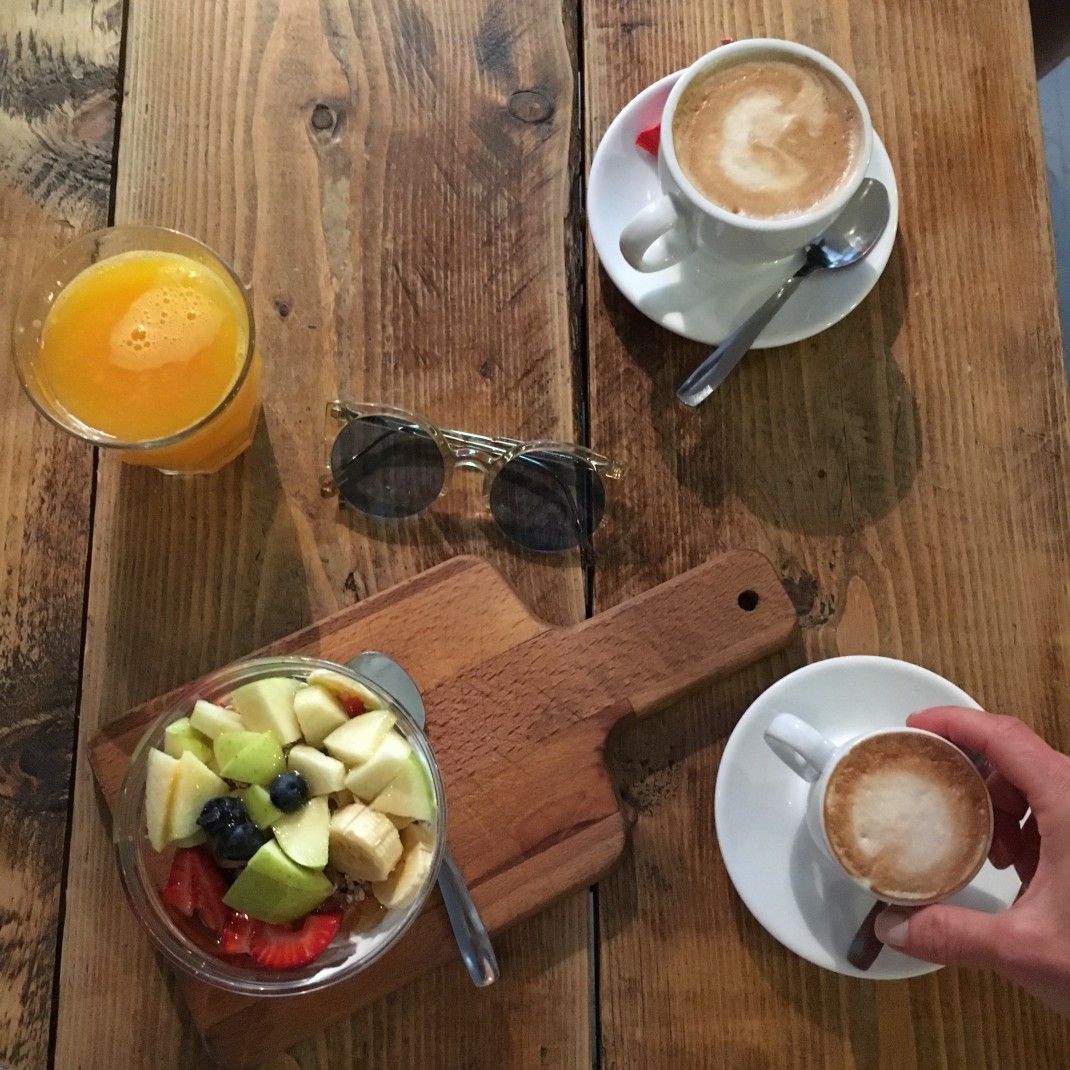 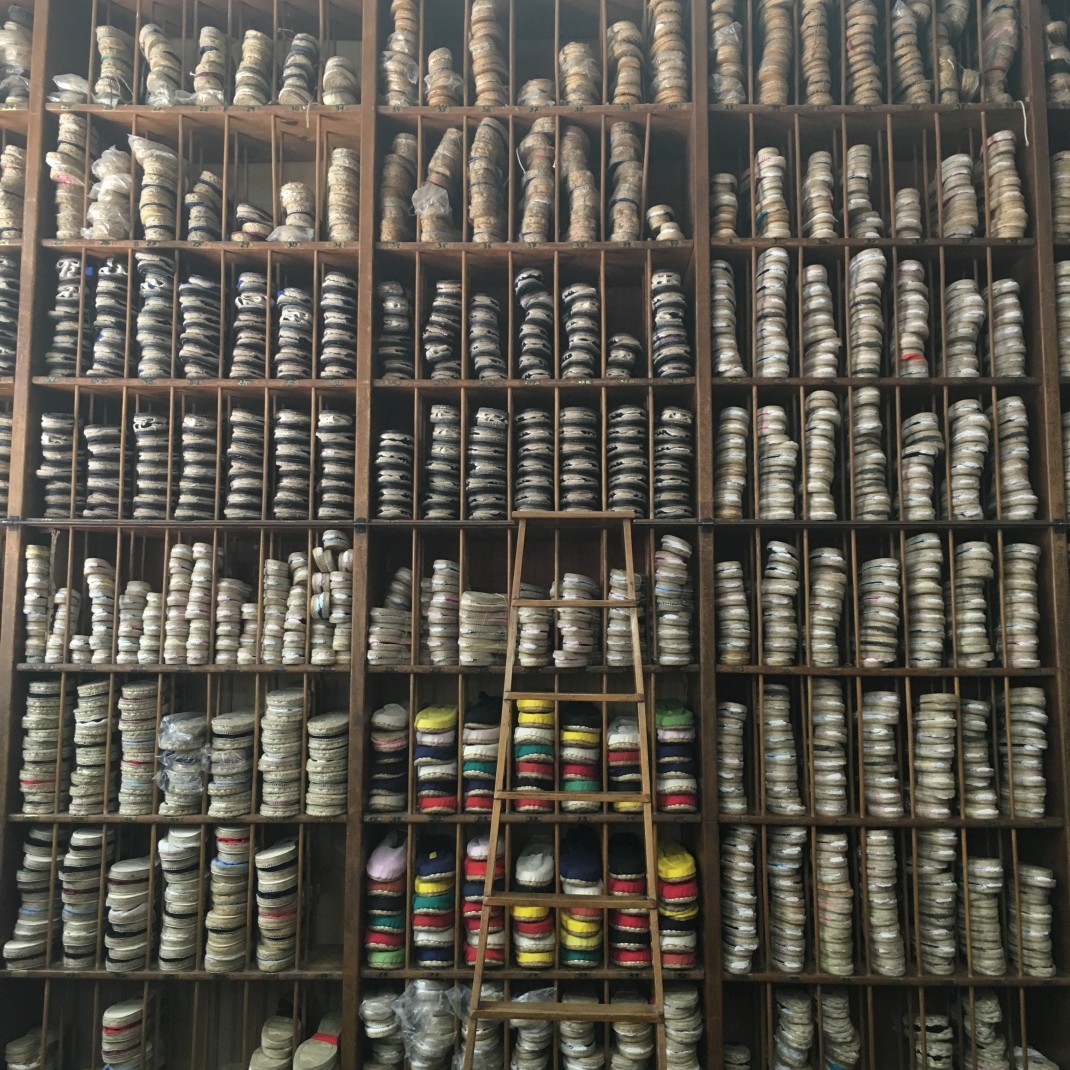 Day Two. We went straight to Park Güell, Antonio Gaudi’s light and playful park in the village of Gràcia. The park was originally developed as a garden for the Count Eusebi Güell and his closest friends. The hillside was filled with a series of Moderniste gems, from undulating ceramic benches, to winding trees, and singing birds. It truly was a fairytale. And of course took many noshing breaks in between. 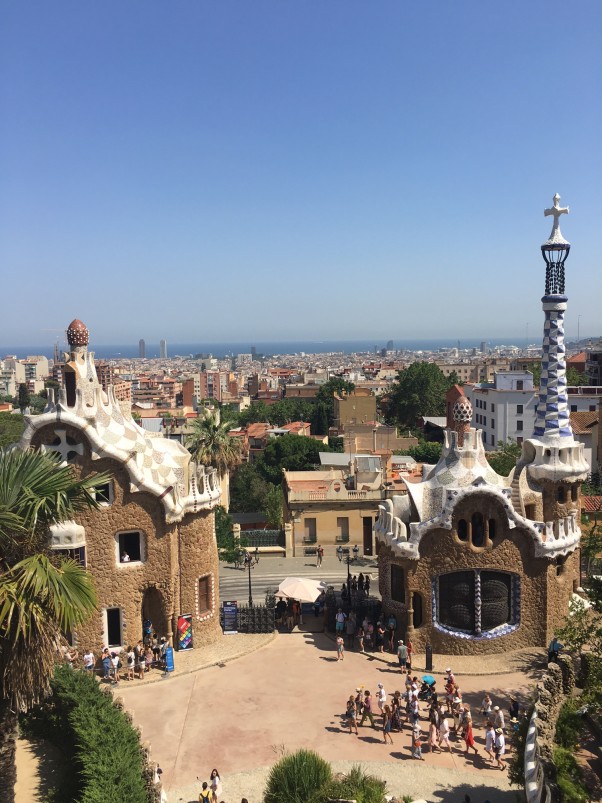 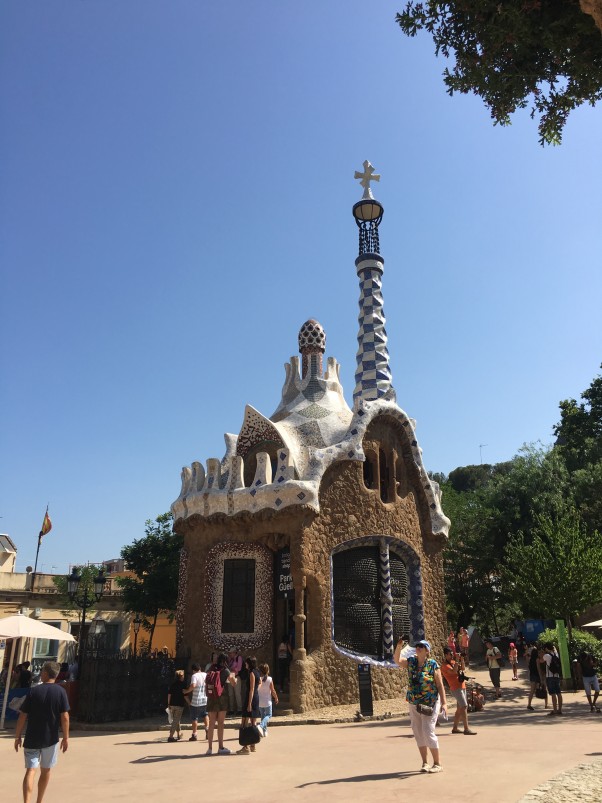 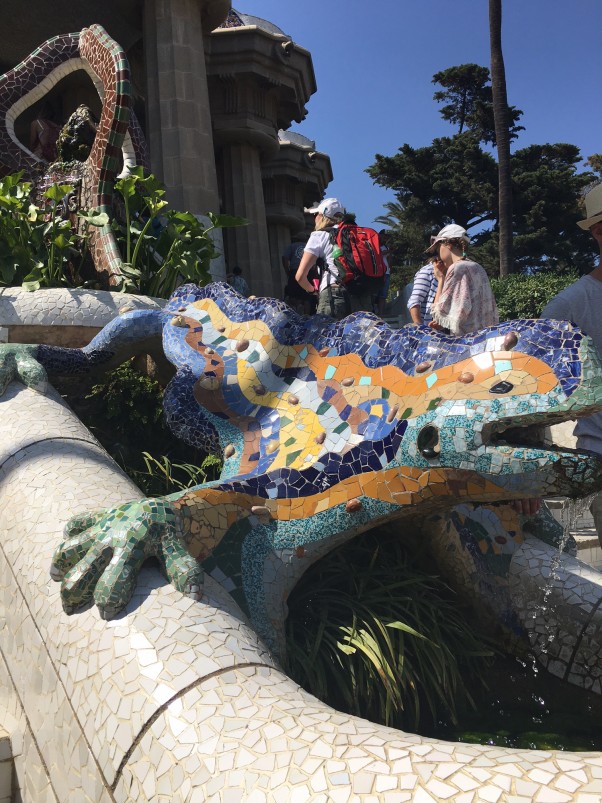 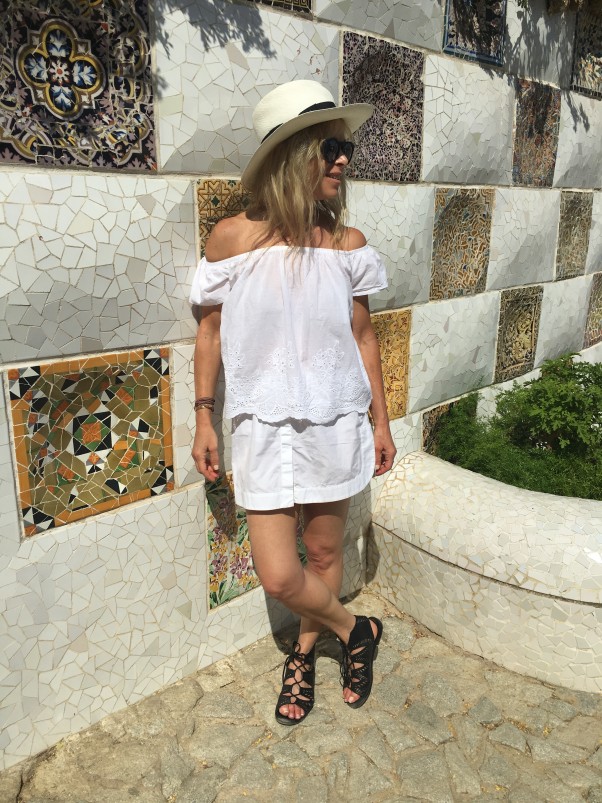 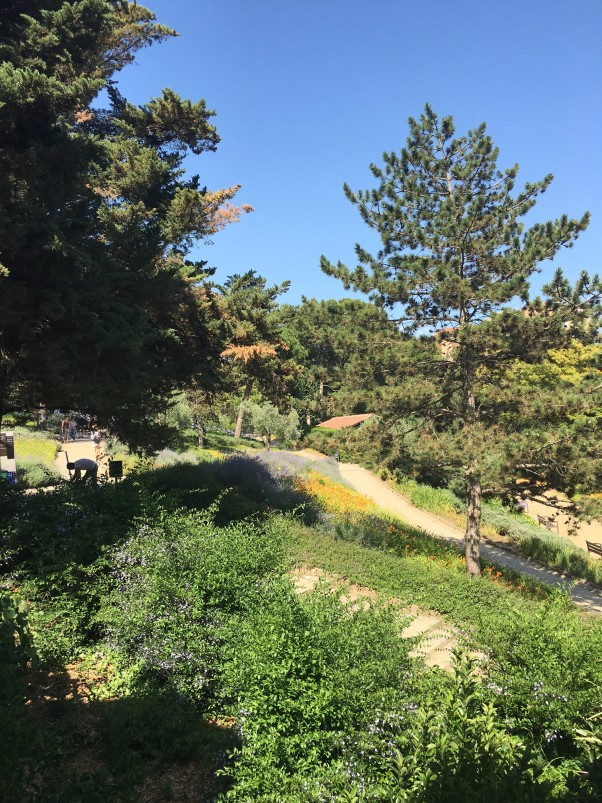 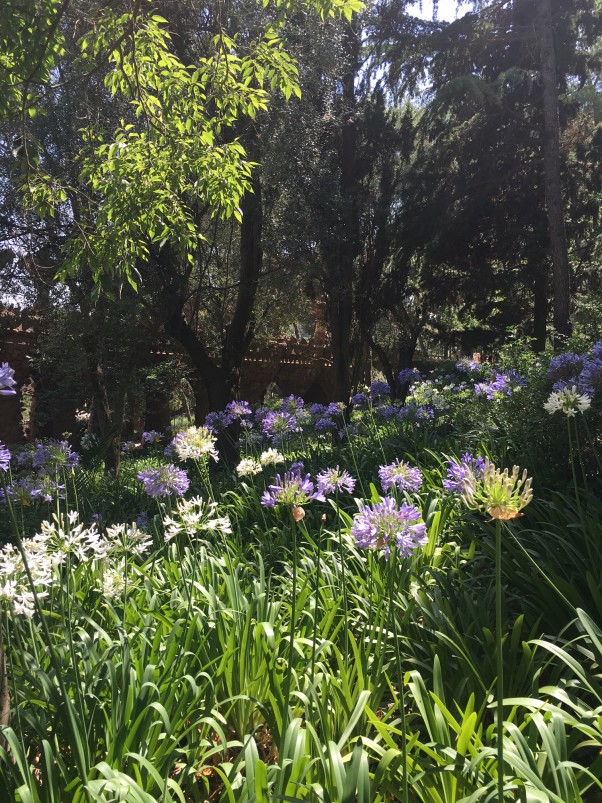 After the Park, we went over to the Rambla and Boqueria, Barcelona’s most spectacular food market. It is literally an explosion of art and color! 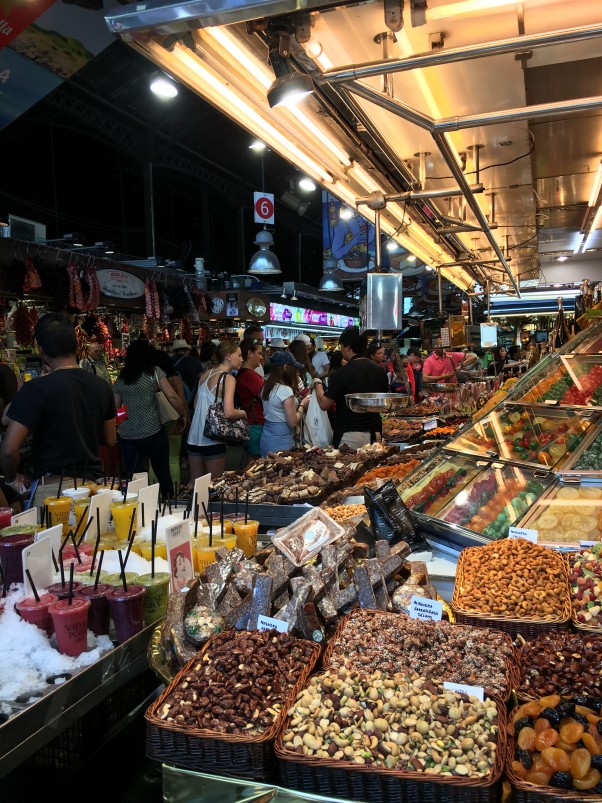 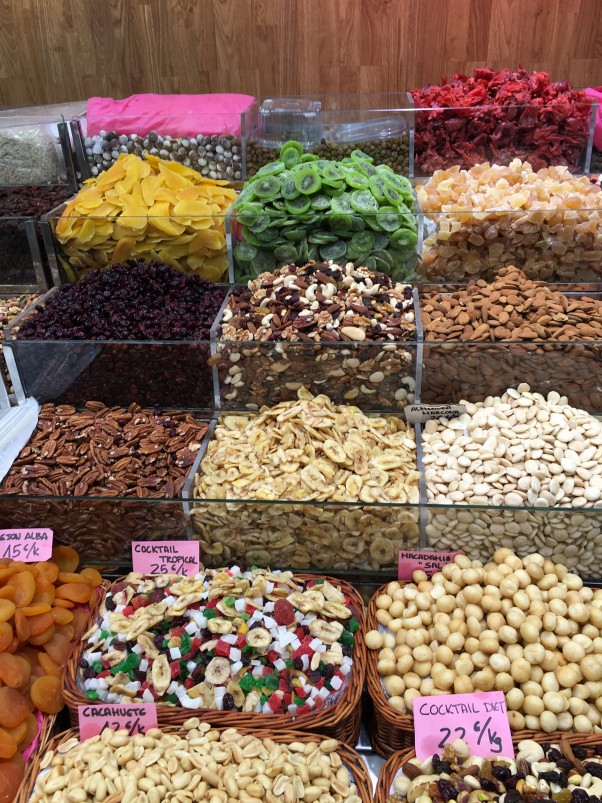 After more food, next up was a stop in the Gothic quarter, which includes remnants of the medieval Jewish district. It was a joy to wander the labyrinth of narrow cobblestone streets, take in the sights, shop, eat, and see important monuments, and feel the rhythm of historical times. 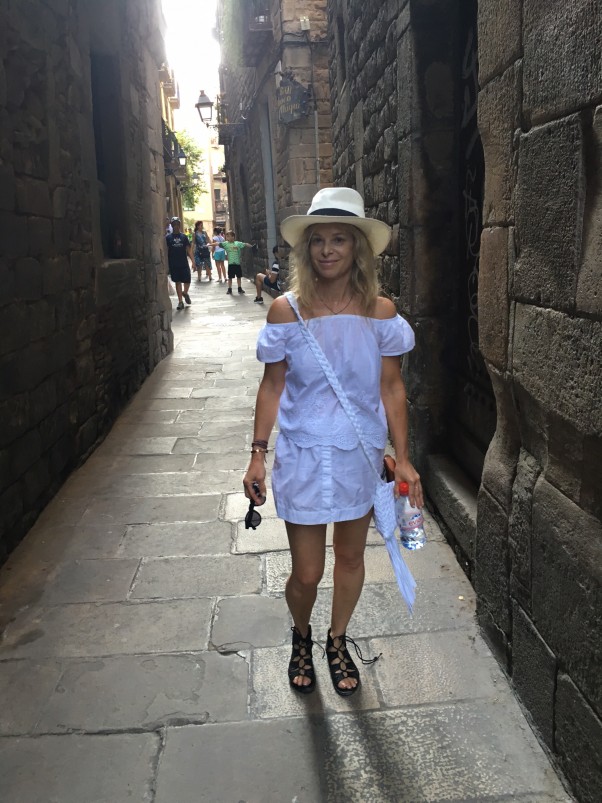 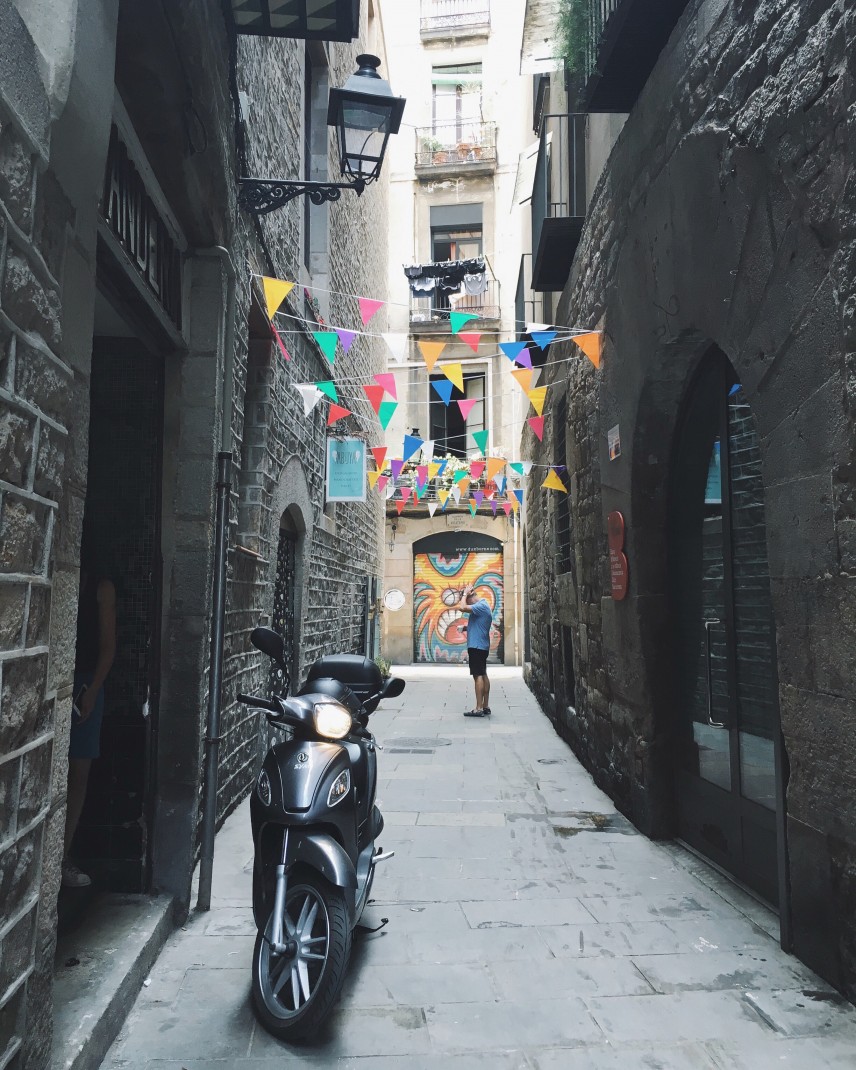 Finally, by the end of our touring by 9pm, we tripped over one of Barcelona’s liveliest and prettiest champagne bars. It was stuffed to the gills with locals and out-of-towners and we indulged in pa amb, toasted bread with squeezed tomato and olive oil, calamari, gambas, and carafes of cava. 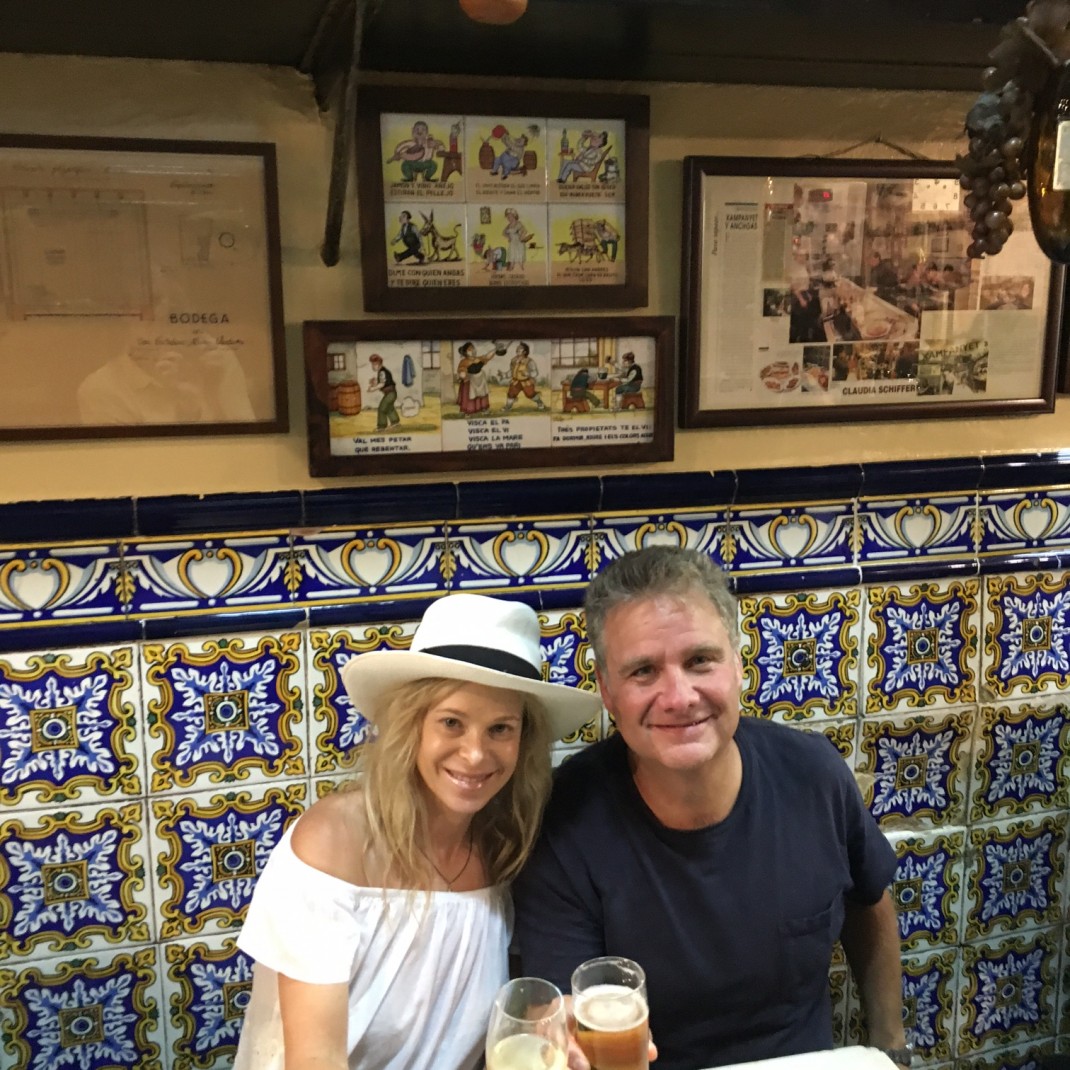 Day Three. We headed over to the amazing coffee shop called Milk Bar where the cafe cortado was the perfect jolt of caffeine I needed for the next 15 hours of walking. 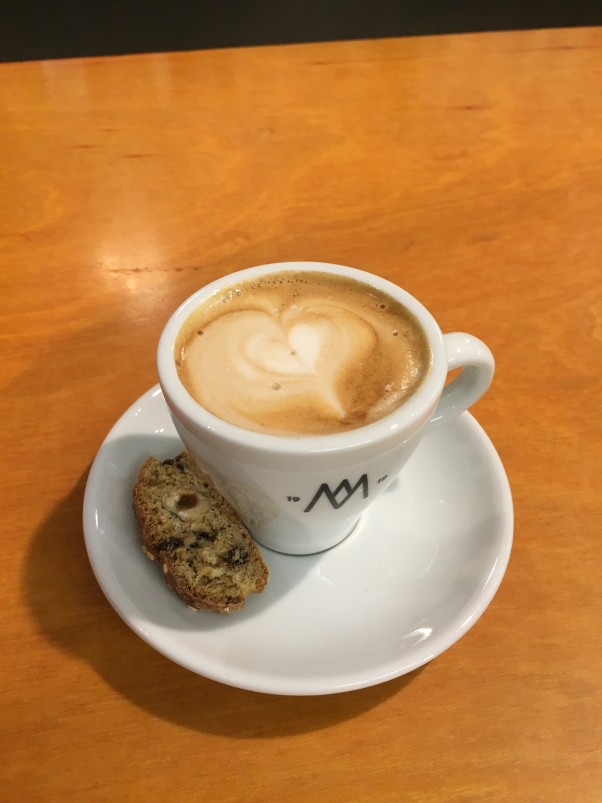 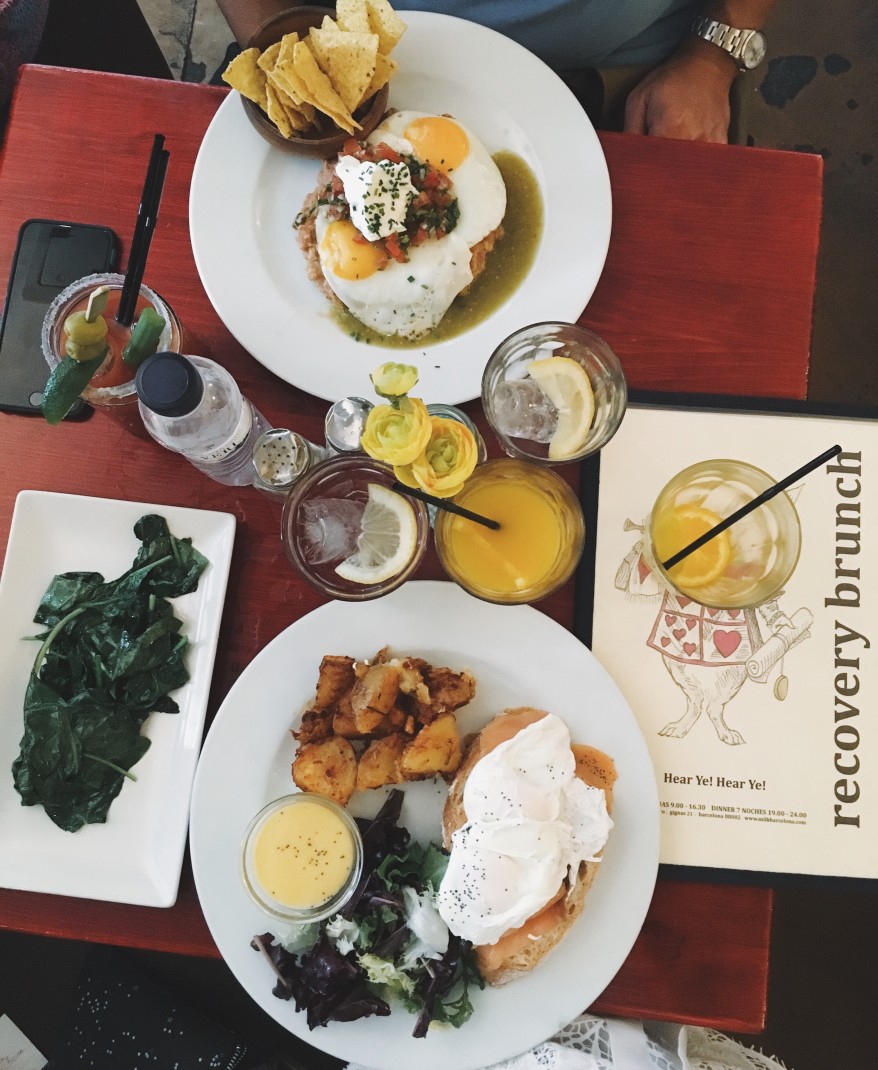 Following a delicious meal, we head to La Sagrada Familia,  Gaudi’s most famous building. Gaudi envisioned 12 peculiar spires with organize shapes that resemble a honeycomb castle. The feeling was that of a Harry Potter film, and the stained glass windows make it one for the books. 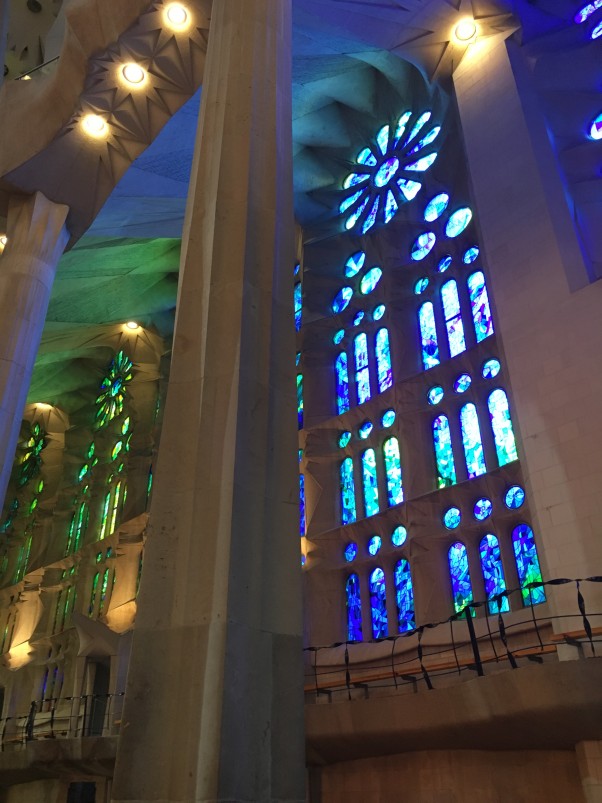 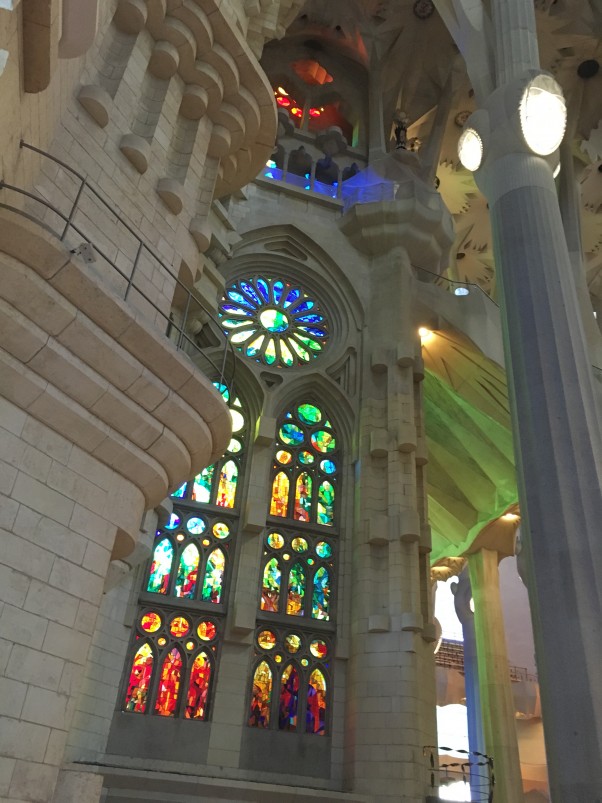 We also took in the Picasso Museum, renovated and redesigned, and his connection to Barcelona during his formative years was significant. 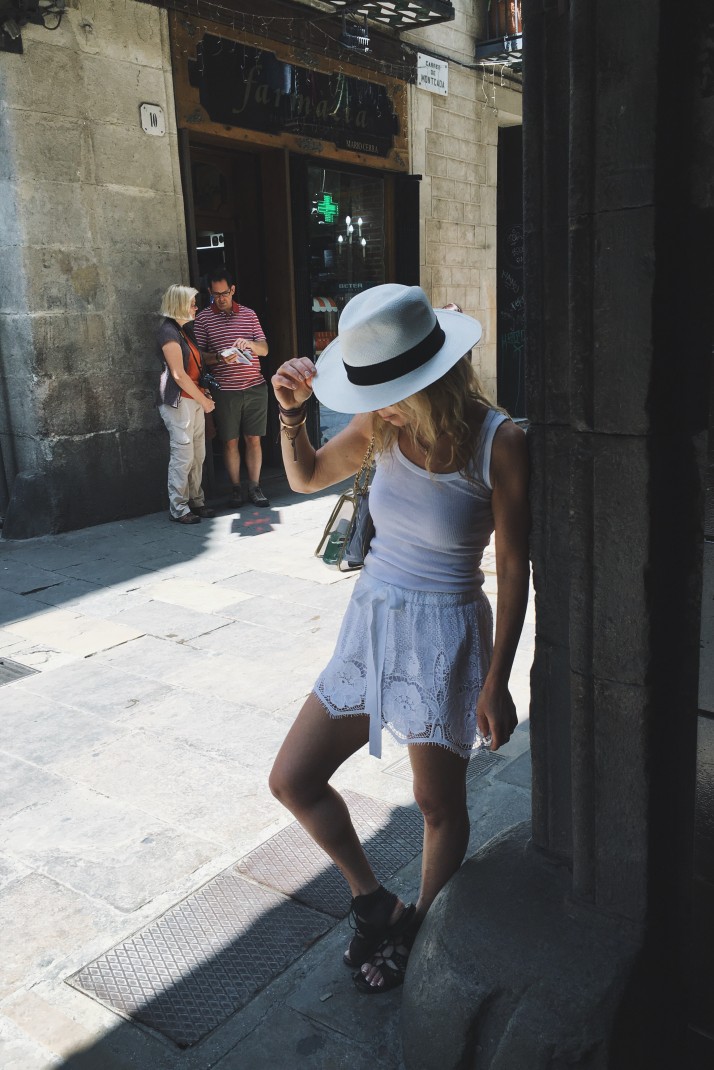 It was one of best trips I have had in a long time and I highly recommend it. The people, the art, the food! I can’t wait to go back to Barcelona. 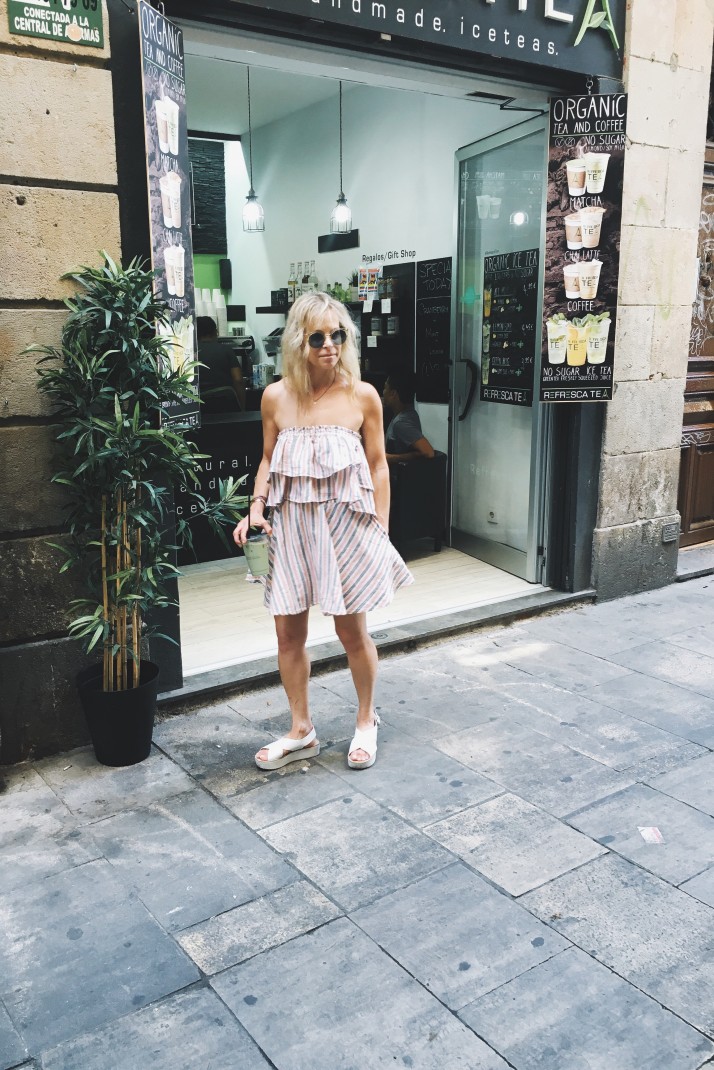