As I scrolled through these images from the new collection over at Gucci, I am not sure how I feel about it. “It is not very easy to try to do something different,” said Gucci’s new creative director Alessandro Michele backstage after his first womenswear show for the house. Judging from the show, there are a lot of mixed reviews to take such an established house and turn it on its head.

The new Gucci girl is an ingenue with an eccentric side, one who looks as though she’s picked out her clothes at vintage stores, and mixed them magpie-style with handfuls of heirloom rings, chunky rimmed glasses, the occasional pompom hat, and fur-lined horse-bit loafers.

As playful as it was, I think it lacked sophistication, which is as much a part of the Italian house’s heritage as the interlocking G’s that appear on the new bag shape. Only time will tell whether the new designer will appease his crowd.

And what about those horse-bit loafers now covered in fur? Let’s talk about it. 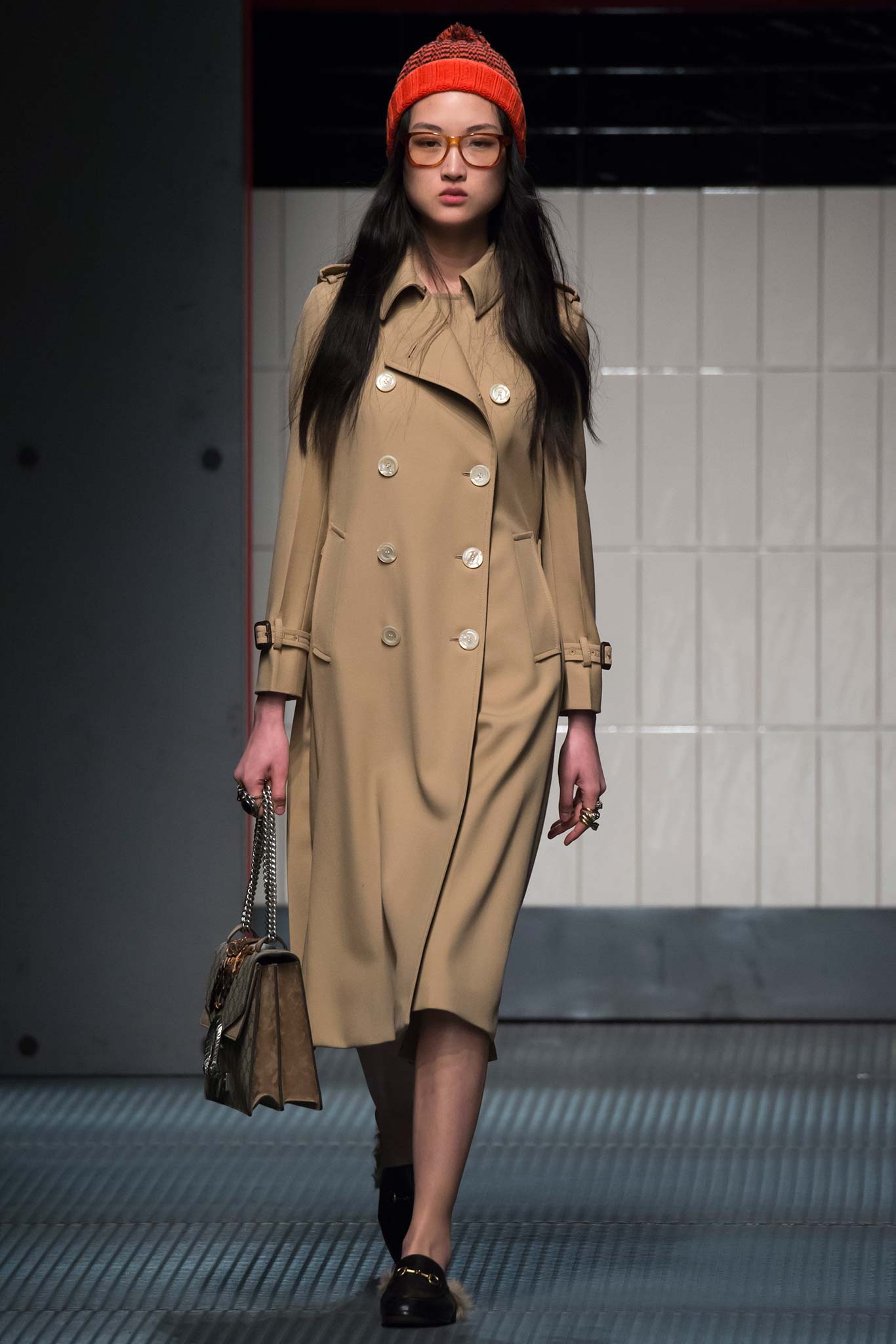 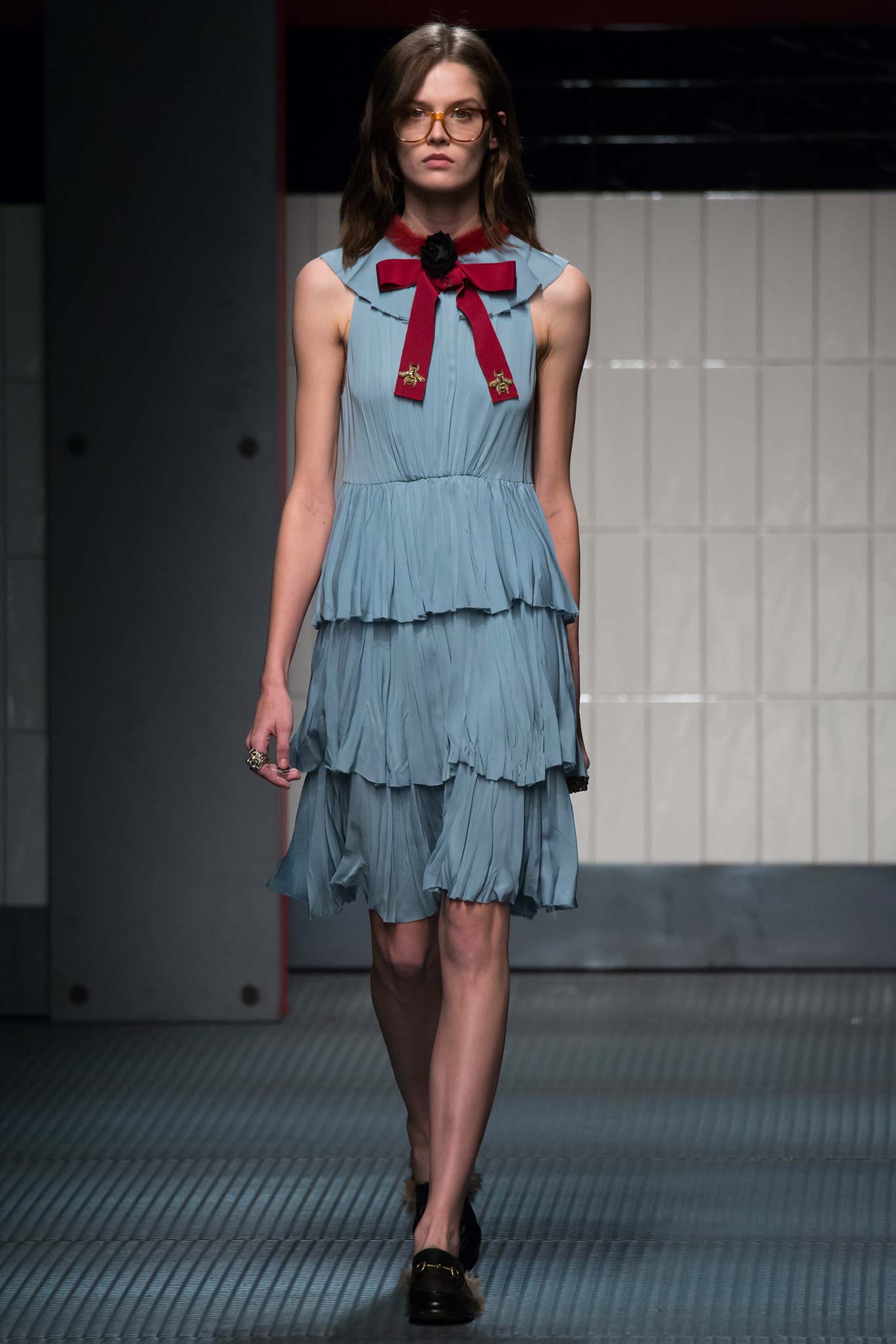 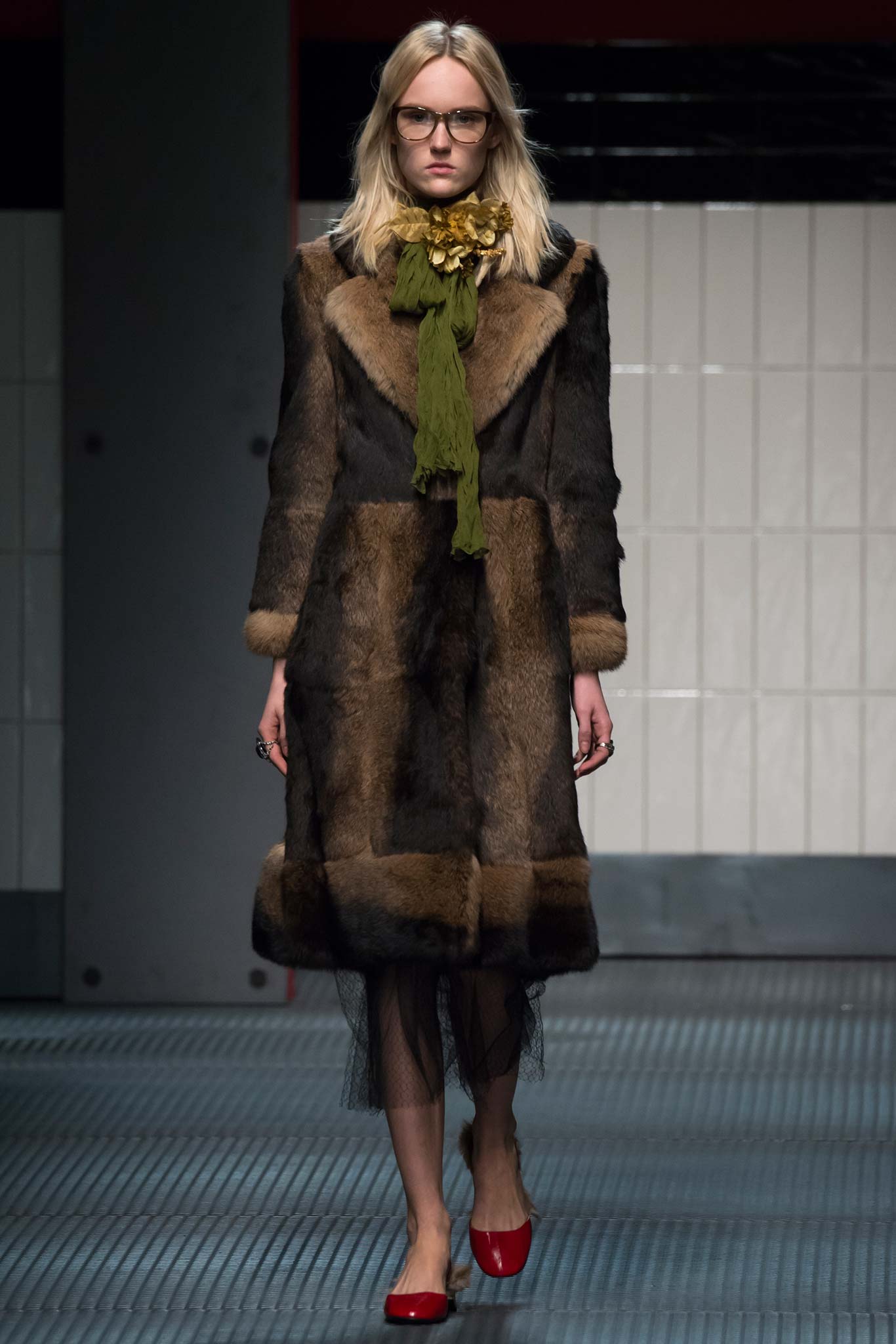 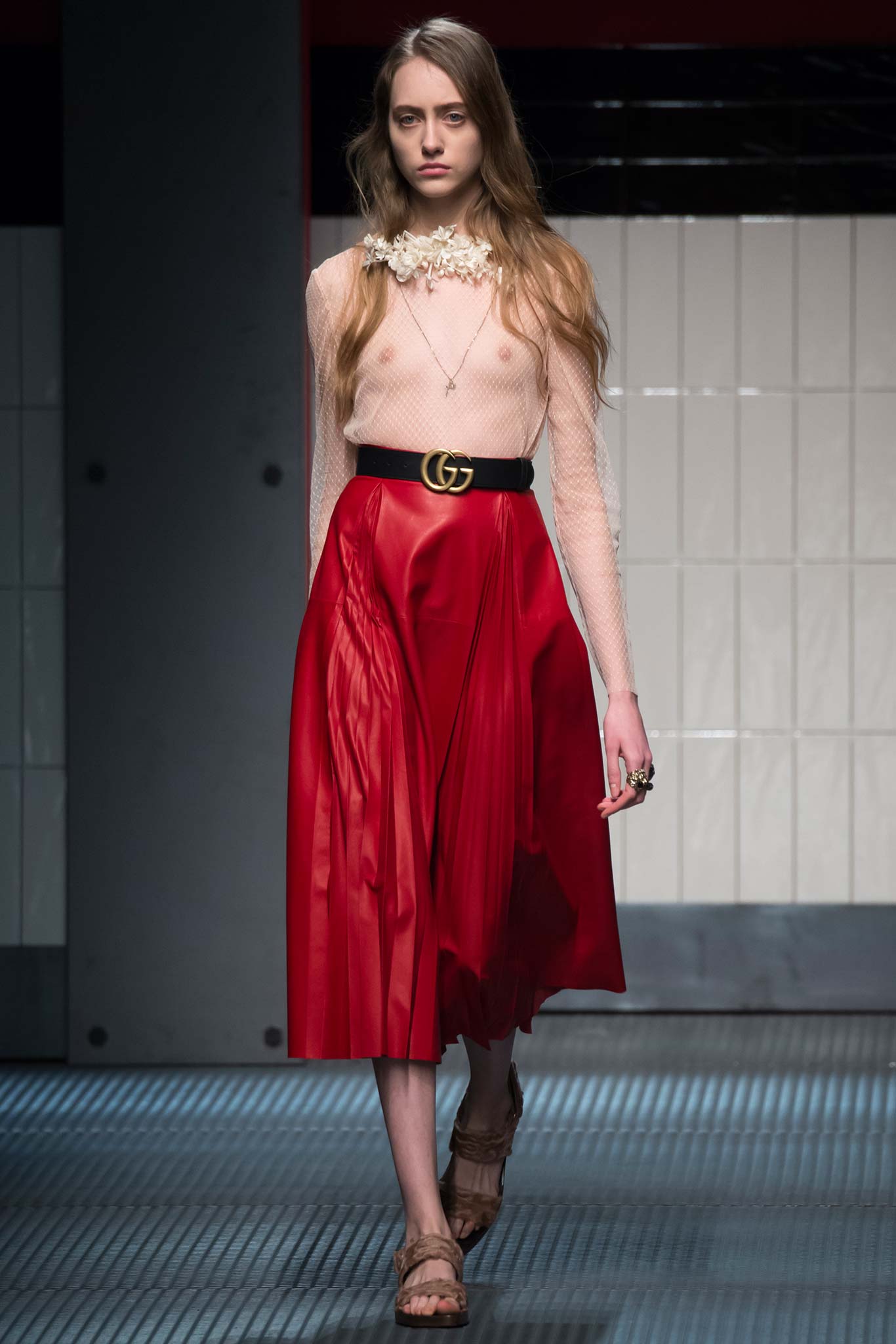 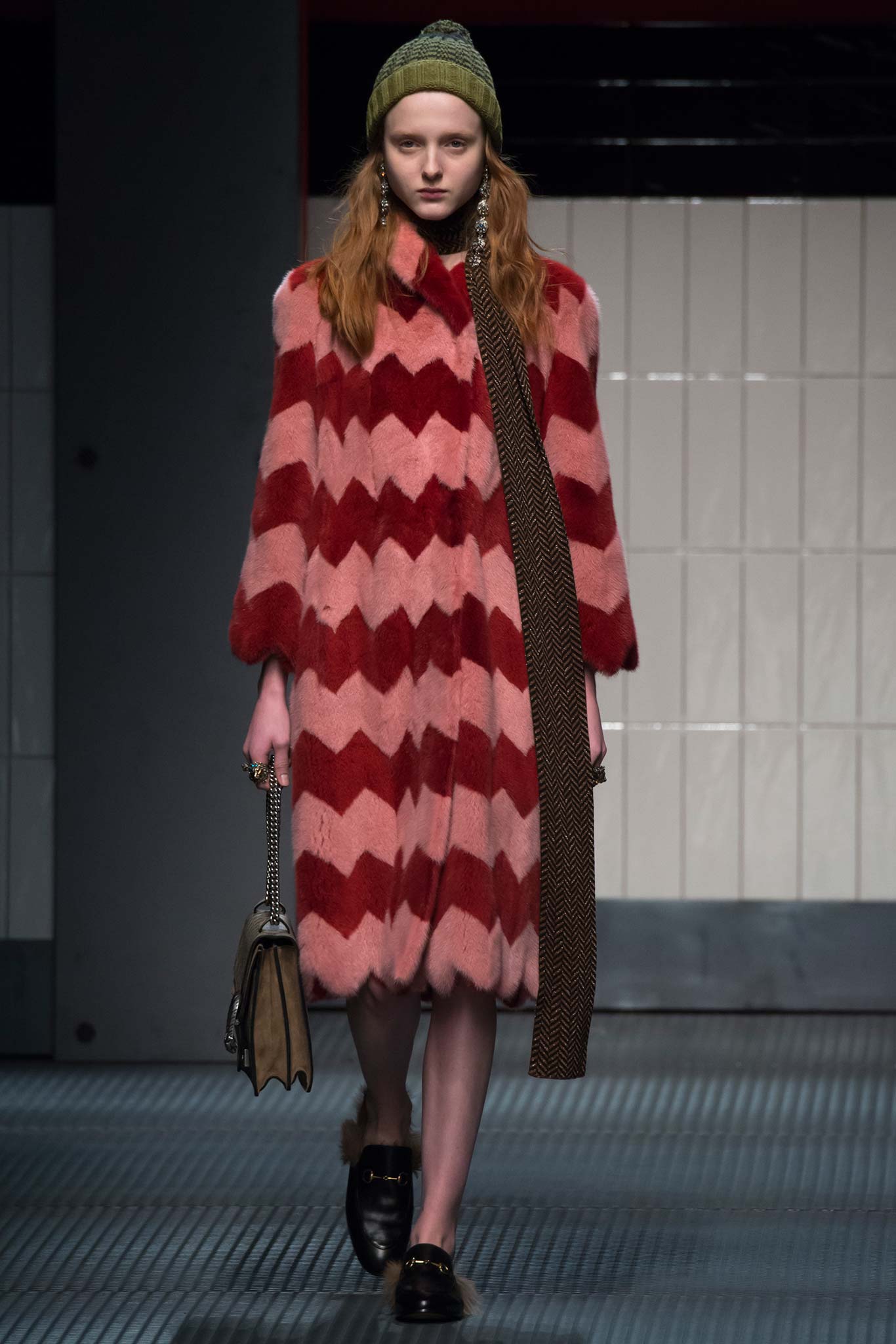 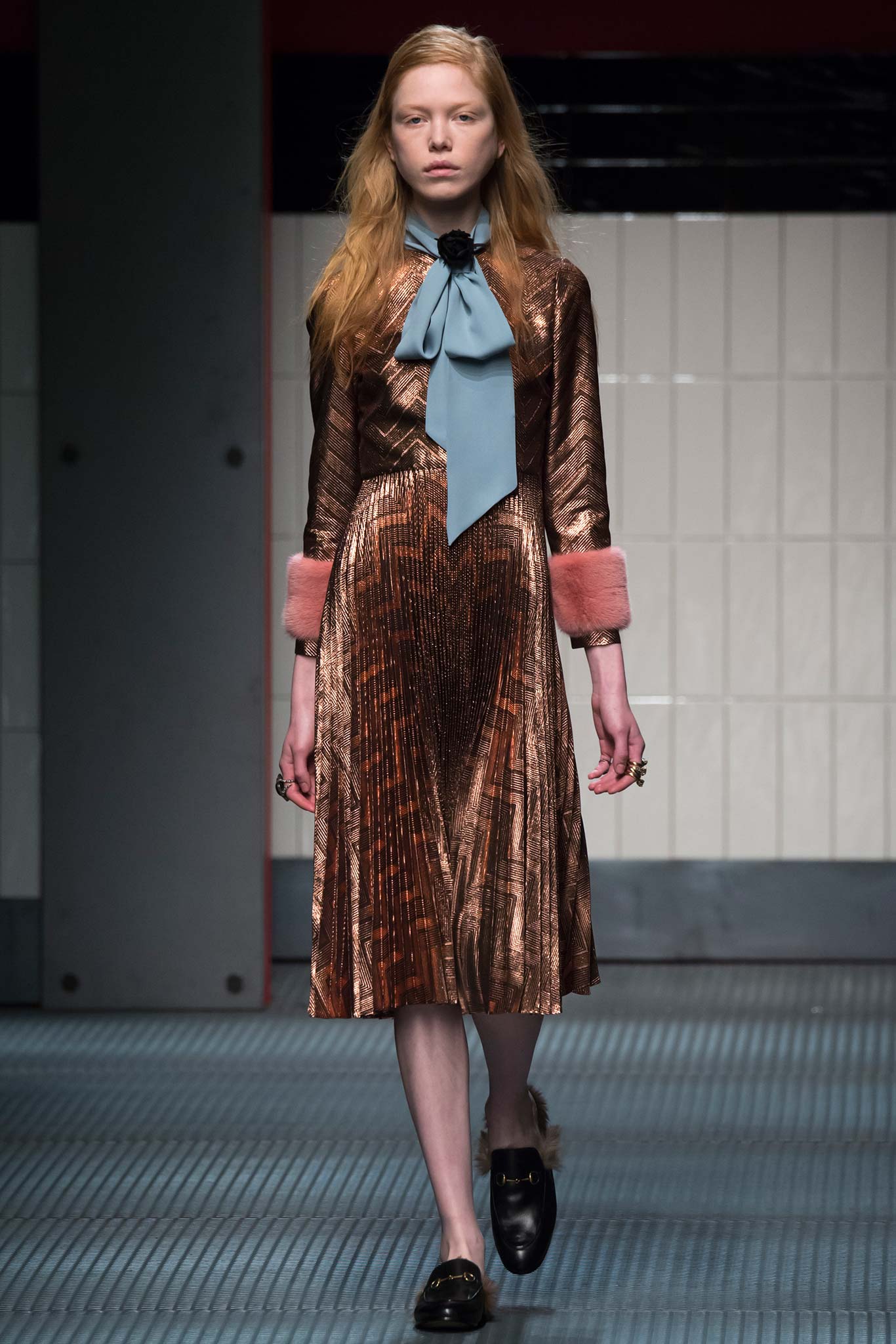 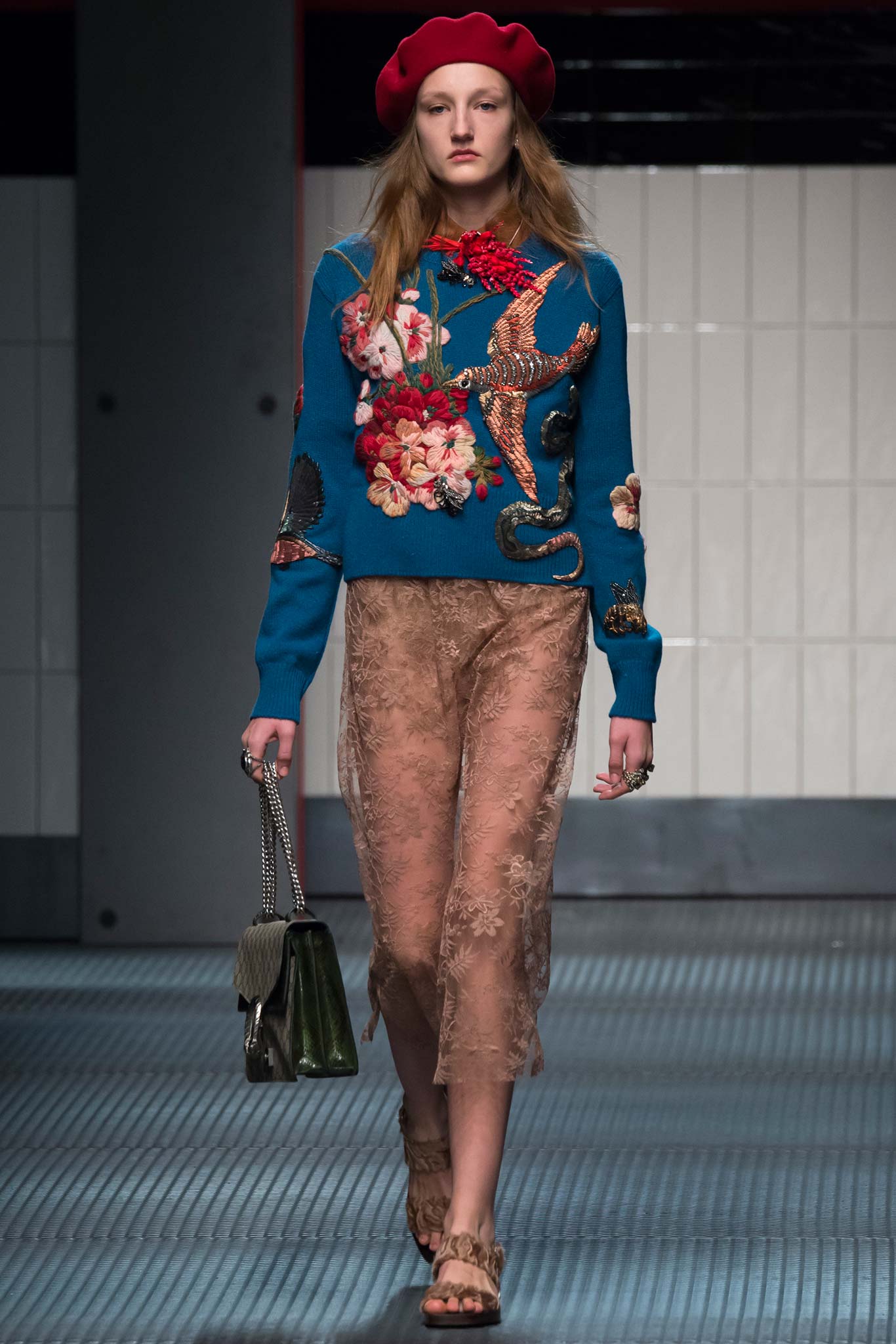 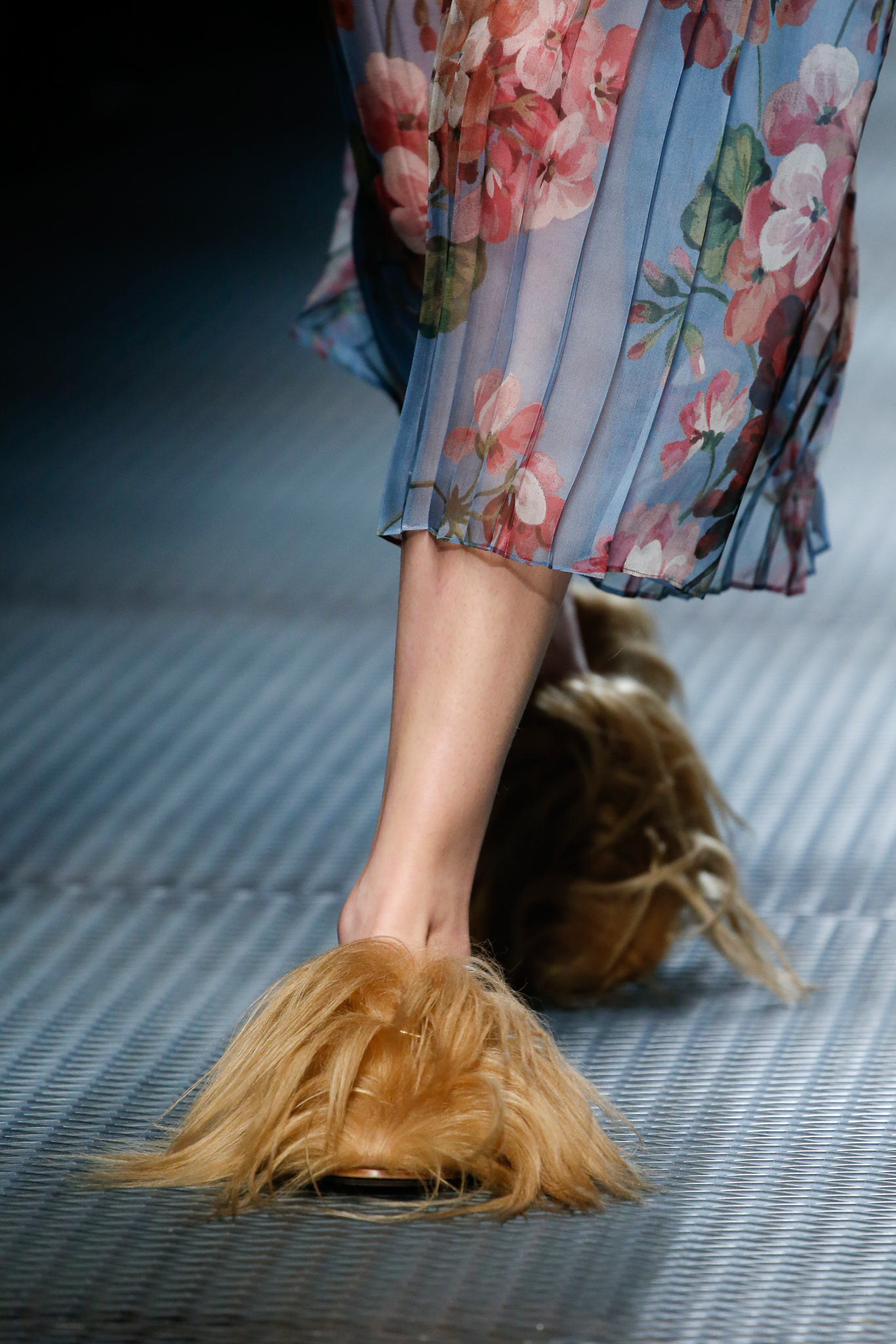