One of the most avant-guard designers around today, Jean Paul Gaultier, the groundbreaking French couturier, will be exhibiting around 140 pieces of art at the Brooklyn Museum. This multimedia exhibition which kicks off today, is organized around seven themes tracing the influences on Gaultier’s development, from the streets of Paris to the cinema, since he emerged as a designer in the 1970s to the present.

I am getting sneak peek tomorrow night at the collection, which is displayed on custom mannequins with interactive faces created by high-definition audiovisual projections. What? Judging by all the buzz surrounding this, his persona, and the capital F fashion, it should be somewhat of a spectacle. Now the bigger question is, what am I going to wear to such a high-profile event? Maybe a Rick Owens piece, one of his favorite designers would suffice. From men in skirts, to comical bras, I will need to push the boundaries. I can pull of this “street” look from his Spring ’14 collection with ease. Jeans, layered over a leather sleeveless vest cum dress, with leopard flats, duh. 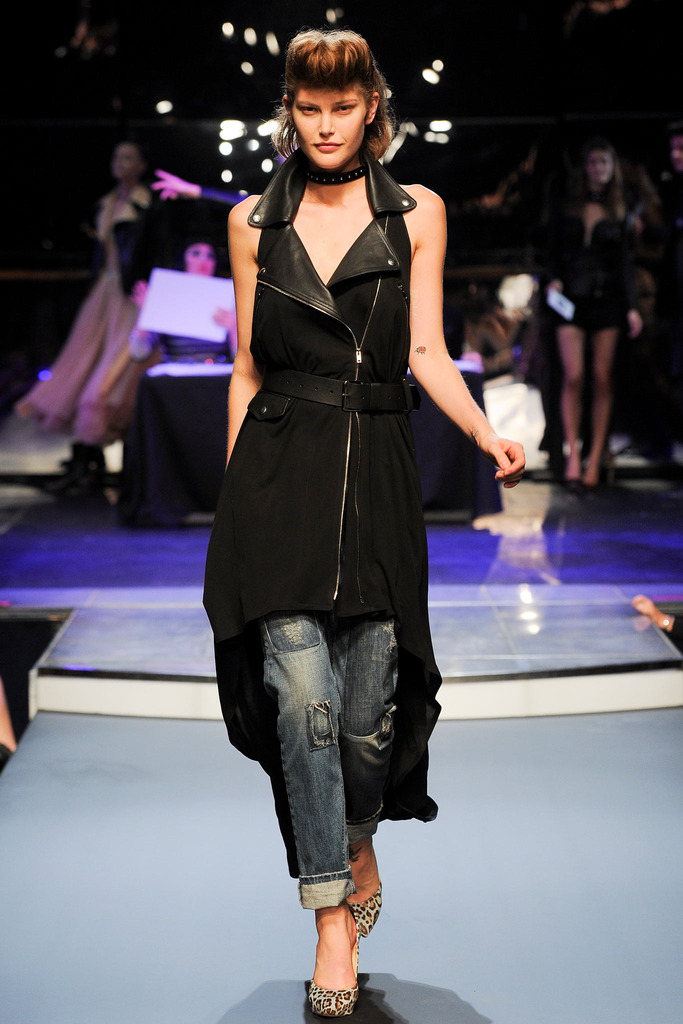 But only Karlie Kloss can pull this off, whose elongated frame was heaven-sent for voguing. 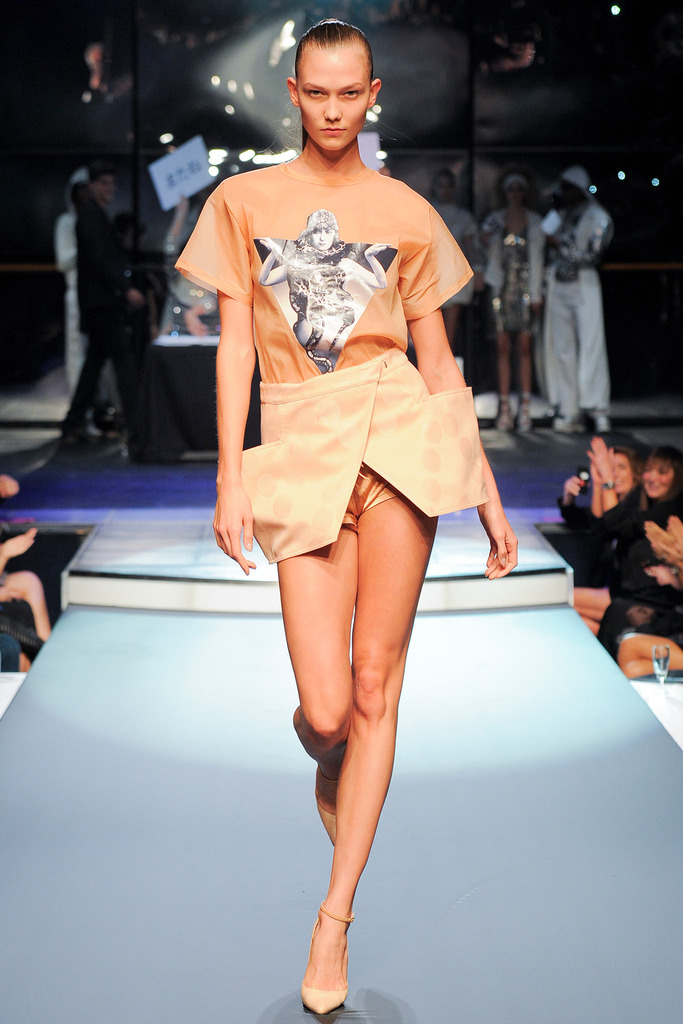 Moving on, The Brooklyn Museum is the only East Coast venue for The Fashion World of Jean Paul Gaultier: From the Sidewalk to the Catwalk, the first international exhibition dedicated to the man himself. Gaultier’s superbly crafted, transformative, and detailed garments are inspired by the beauty and diversity of global cultures. The exhibit will feature accessories, sketches, stage costumes, excerpts from films, and documentation of runway shows, concerts, and dance performances, as well as photographs by fashion photographers and contemporary artists who stepped into Gaultier’s world.

Judging by my Twitter feed, I know this will be amazing. Any Madonna fans out there? I expect to be surprised, in the most unexpected ways.