I had a postmodern break down after the Dries Van Noten’s show in Paris. It has been a long time since I studied Art History in college, and spoke the vernacular of gothic terms like Goya, Velázquez and Zurbarán and that’s what I saw based on Style.com’s feed. Muses for Van Noten’s spring/summer collection, decadent free spirits like Lou Lou de la Falaise and Charlotte Rampling, were true to form and models came down the runway acting like all like gilded gold boho chic chick apartment hunting in the Left bank of Paris. Mais oui!

On the runways was a stunning parade of dark tulip damasks, jet black ruffles, Byzantine gold, Ottoman tassels, and embroideries that set the night sky. It was a parade of mid-century furniture about to go on sale at Sotheby’s with tassels, black tulips, and a touch of golden lace to accentuate. The clothes were modern in that they did not move from day to nighttime in the classic way, or adjust to the seasons. If anything, there was a wintry feel to tailored coats, woven bags and ethnic sandals. Spring be dammed. 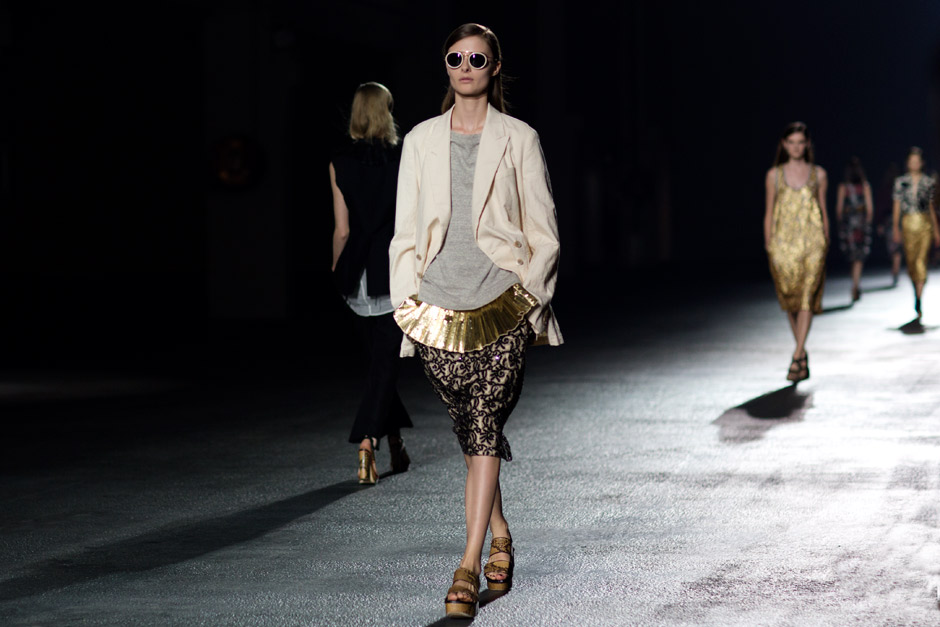 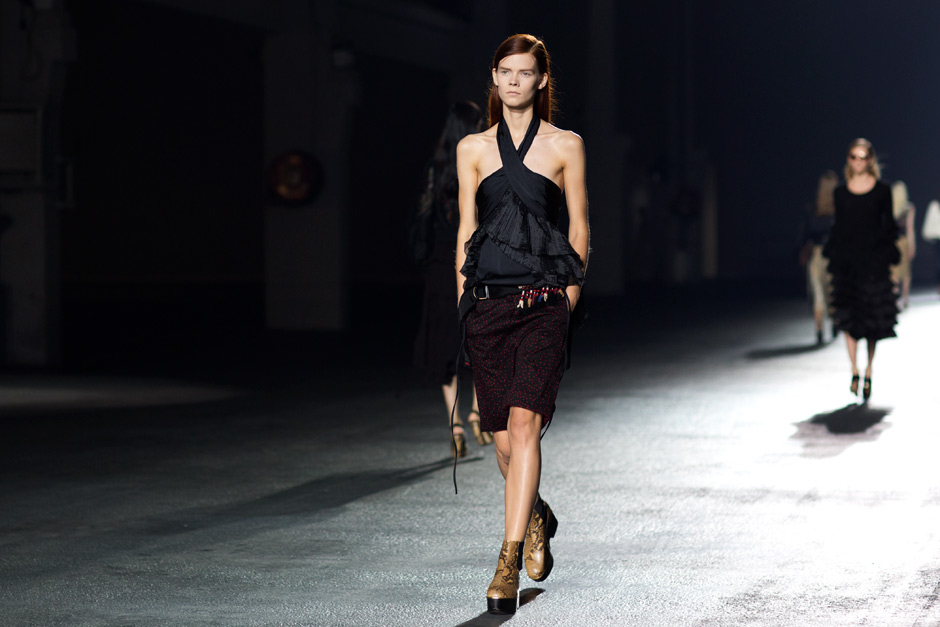 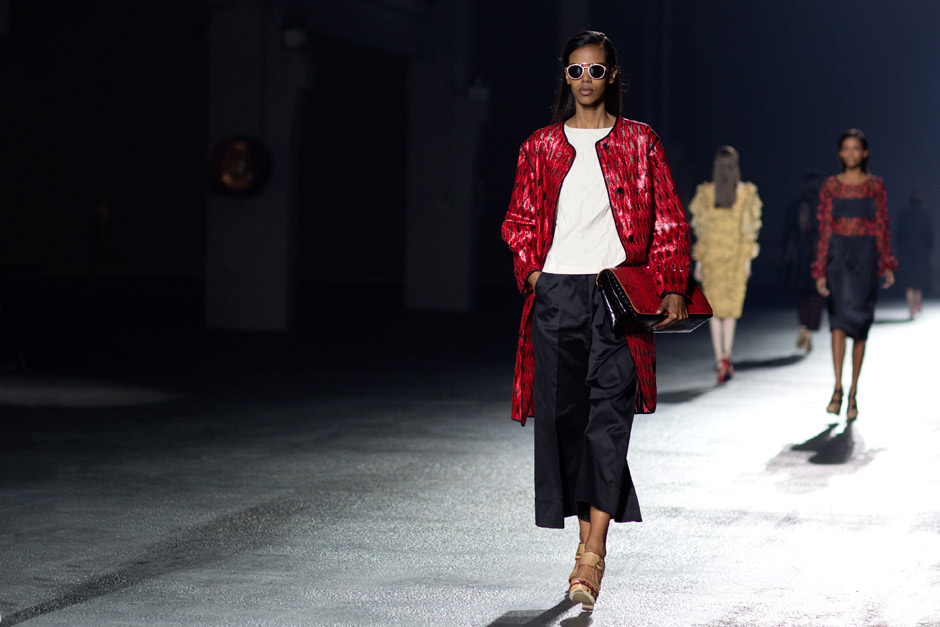 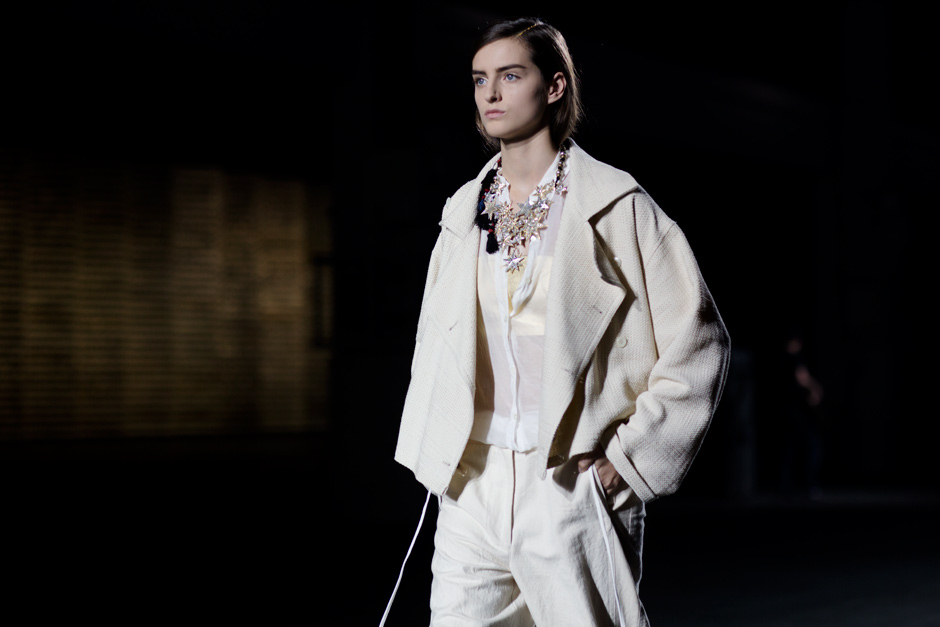 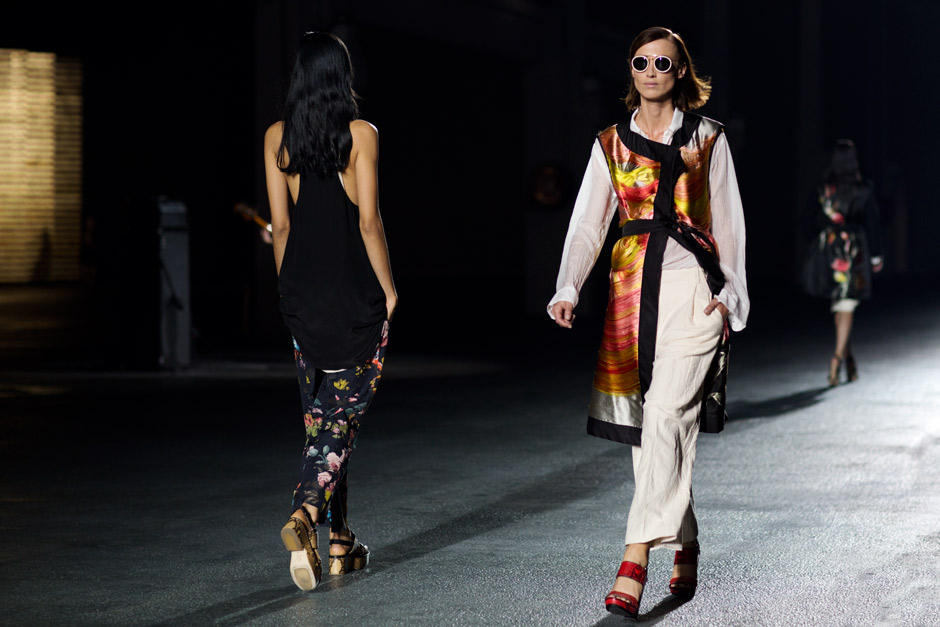 There is something so modern yet so original about Mr. Van Noten’s vision, and the real translation from hunted down museum’s archives spun into delicate threads is unreal. The exotic pleated frills, festoons, and ruffles show the extraordinary attention to detail. There were tiny droplets of gold in the models’ eyelashes and brows and gold woven through the parts in their hair. Harking back to history, the empire was failing, the gold was flaking, but still, the artisans slaved on. Do you notice a striking resemblance here from Goya? Kind of, right? 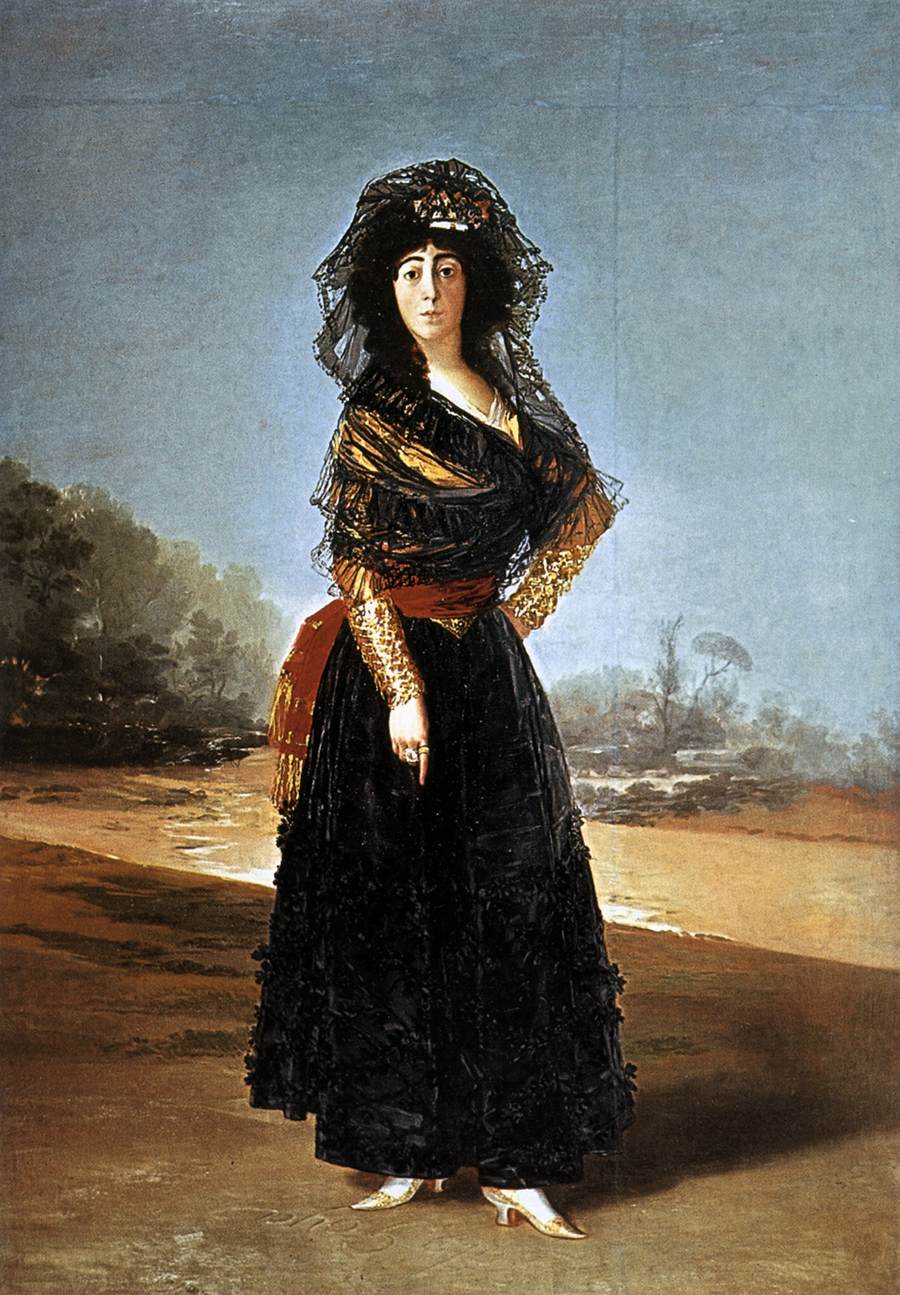 The concept of artistry as wearable and appealing clothes is used a canvas in the summer 2014 collections in Paris. I can always get down with a shiny metallic jumpsuit from Lanvin, white shirt dresses from Nina Ricci, and other wearable collections from Paris. I have to agree with Suzy Menkes from The New York Times how she refers the clothes this way. “These were clothes that had an eccentric intelligence, as though the designer had imagined a closet in which the wearer would switch from everyday to glamorous.”

Gold tassels to the store anyone? Here’s to wearing art next spring. It’s time to whip out those art books and get studying. 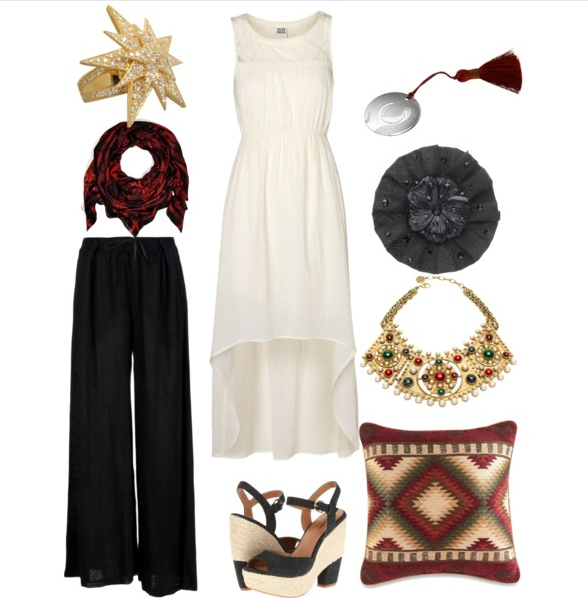 And…if nothing else, you can get a Navajo pillow from Bed & Bath for $39.00 to decorate your home.