As I mentioned yesterday, I am finishing my roundup of the shows in Milan with Dolce and Gabbana, Jil Sander, and my favorite of the lot, Prada. Just to put the timing of all this into perspective, as I write this I am also watching  jeweled toned dresses pop-up on my screen from the Lanvin show in Paris, and anticipating the Akris, Celine, and Loewe shows later on today.  A bit late to the party, but better now that never. Typing, viewing and  dissecting the shows on my glaring blue screen while slugging down a big mug of java. Consider my ideas and have a look.

Ornate and fanciful infused with shots of theater and grandeur were the somewhat familiar messages for Dolce and Gabbana‘s collection for Fall.  Yada yada yada. Heavy gold embroideries on blacks go for Baroque. They appeared everywhere from outerwear, to necklines and waists. There were glimpses of white laces and tulles, with florals injecting some color. The designers eschew simple minimalism  so their constant  challenge is to come up with a fresh wearable collection. Maybe a bit rehashed? I’ll let you be the judge of that. 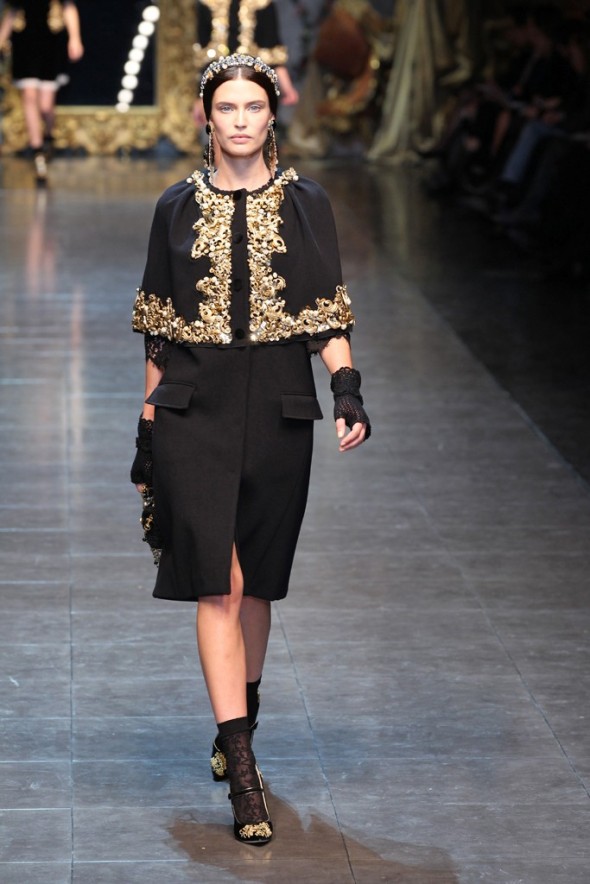 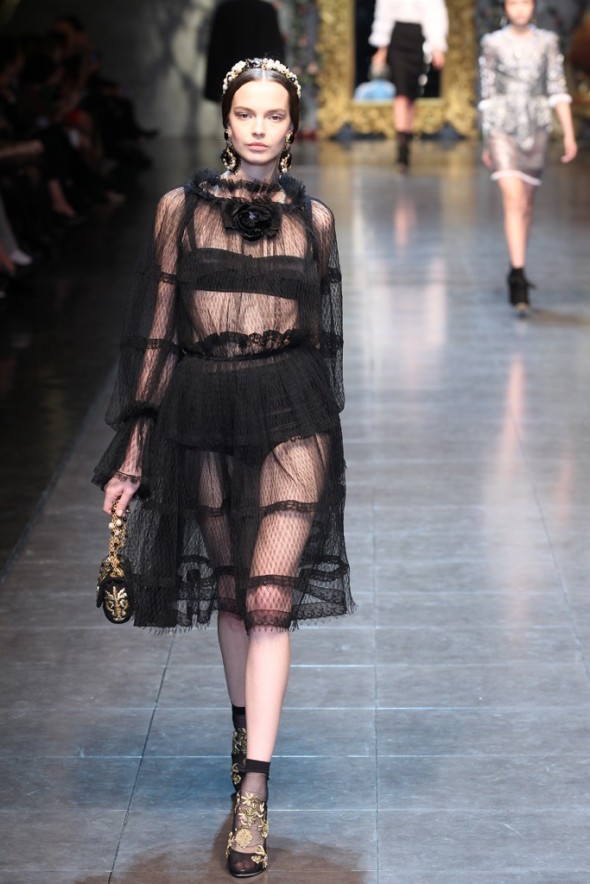 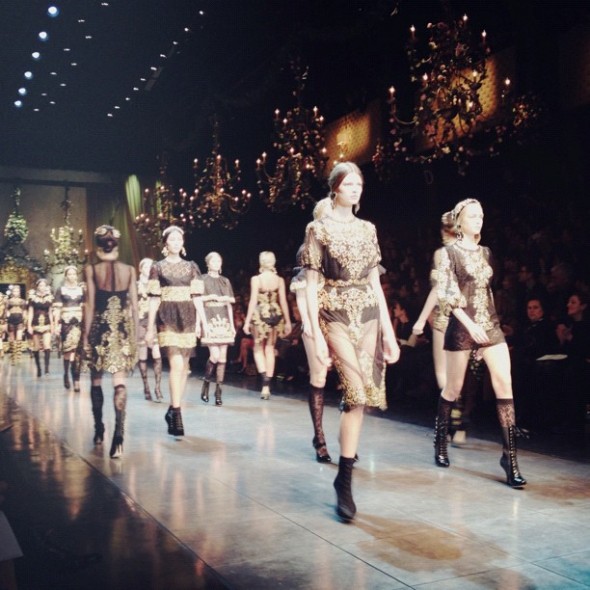 Enough black, gold, and white, lets get busy with some color. Moving to Jil Sander where it was Raf Simons’ final bow for the house. Simons creates some of the most provocative and innovative clothes. And incredibly wearable. This being his final show, I was expecting a mournful collection, but rather it was the opposite. It was the Portrait of a Lady. The beautiful hues of pale pink, dove grey, and hot pink painted onto double-faced cape coats were quite refined.  There were 50’s-influenced midi dresses, skirts, and pants. Simons played with the inner wear as outerwear motif and created sublime frocks. Some of my favorite looks were the metallic sheaths and the inky blue cocktail dress with full skirt and corseted waist. These were among the few things that had me checking my American Express credit limit this week.  So modern and clean.. who wouldn’t want to own that? 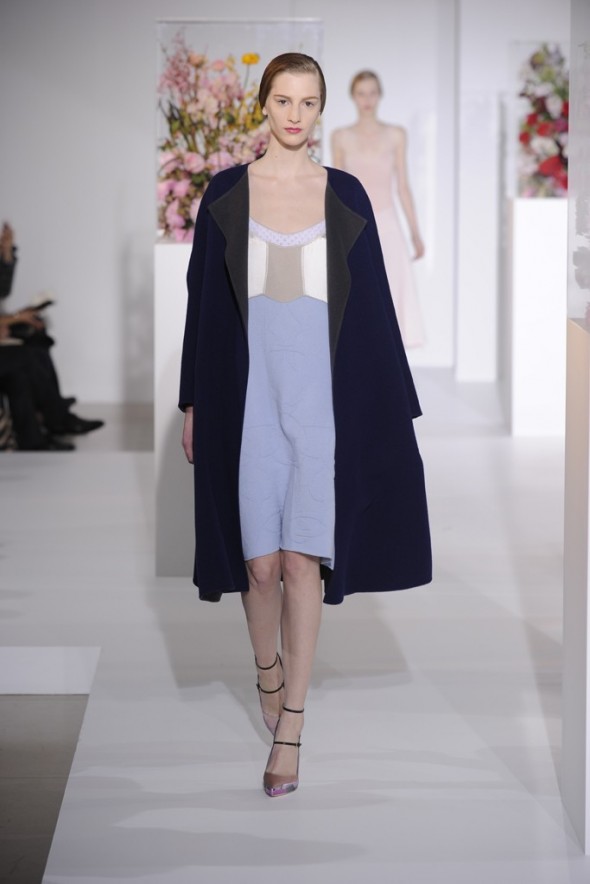 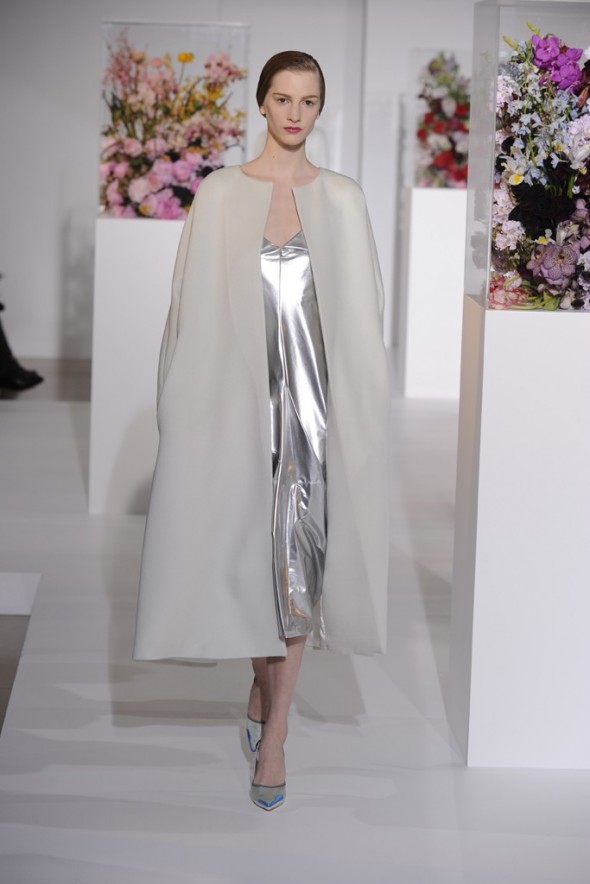 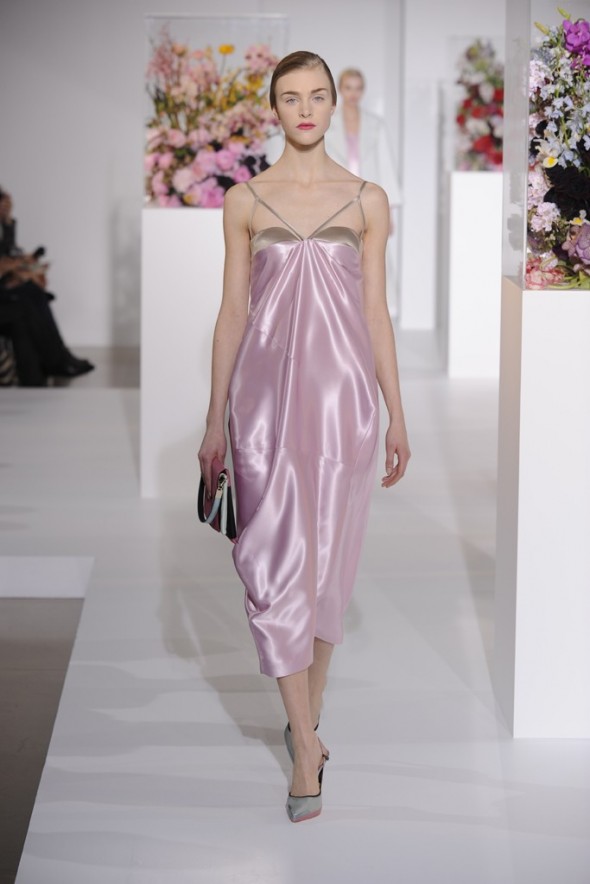 And my winner from Milan, was Prada, where innovation keeps the tables turning. Prada is the queen of pure fashion. More urban “ugly” than chic, Miuccia showed lots of geometric prints, jacquards on coats, vests that acted like dresses, and elegant high-waisted pants reminiscent of Prada in the late 1990’s. Black started the lineup with rust, mustard, marigold, and curry colors to follow in zingy patterns. I’m into the dip dyed hair  myself, although my hairdresser will beg to differ. He told me to dip my ends into orange Kool Aid. 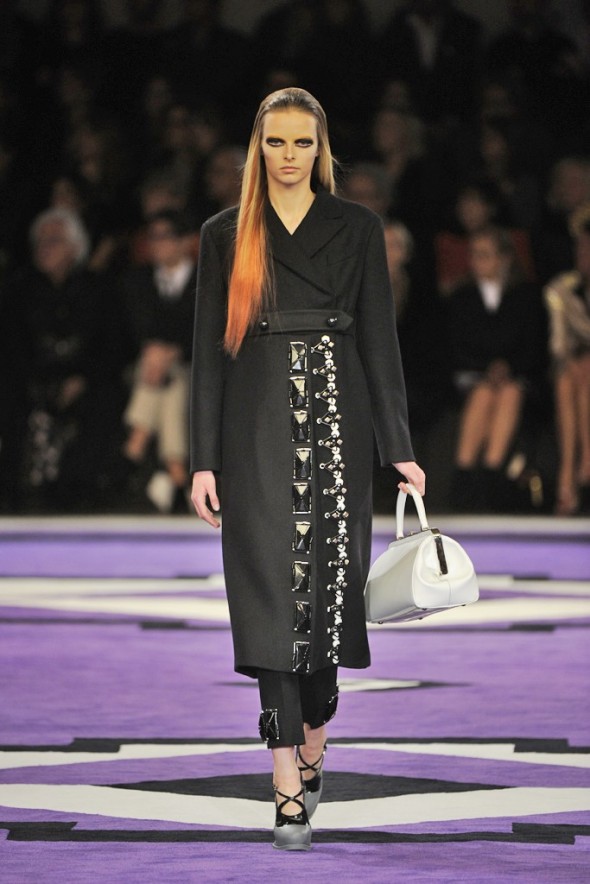 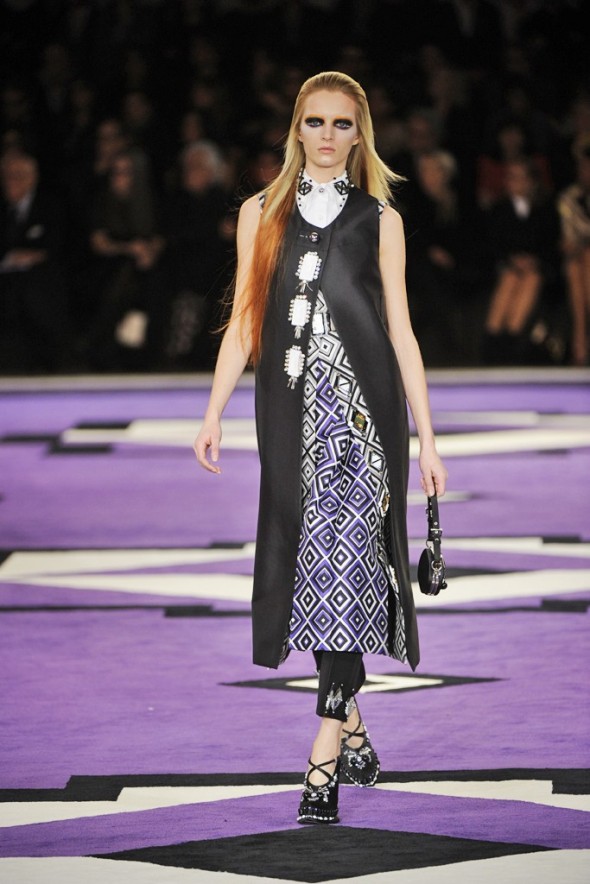 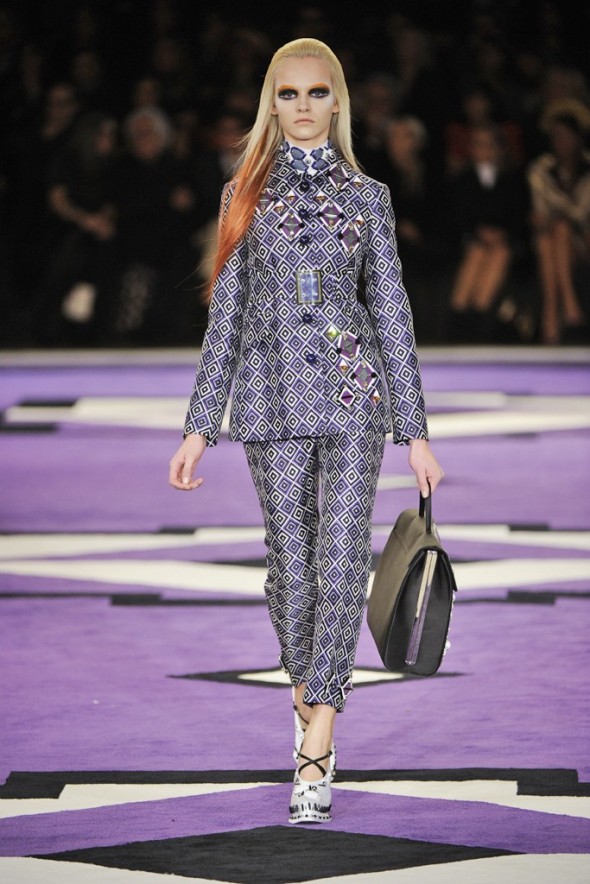 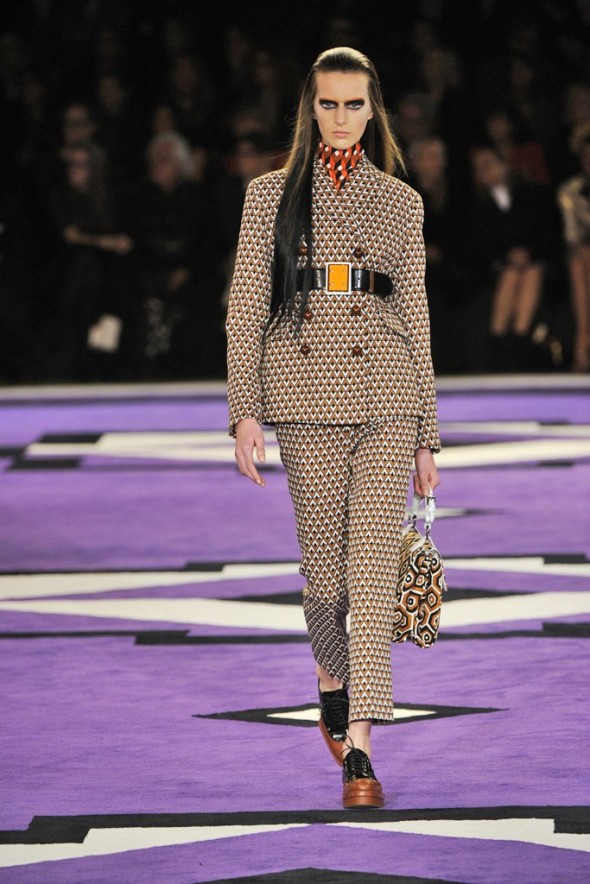