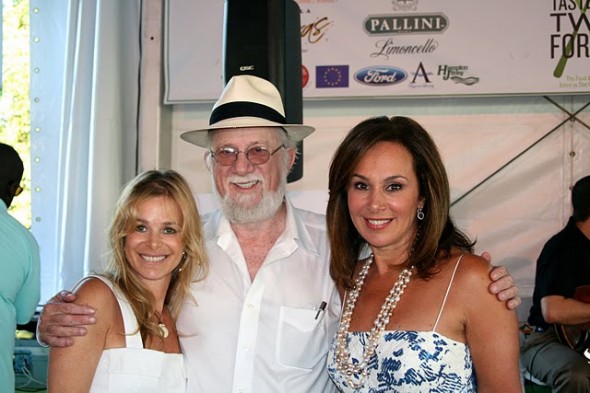 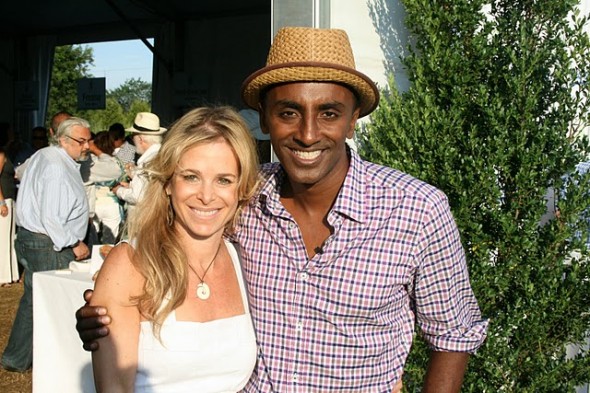 Me and Marcus Samuelsson

A recipe for success: 20 great wineries, over 40 East End restaurants serving delicious sustainable, local food on a summer Hamptons evening and a super fashionable crowd to boot. What could be better? 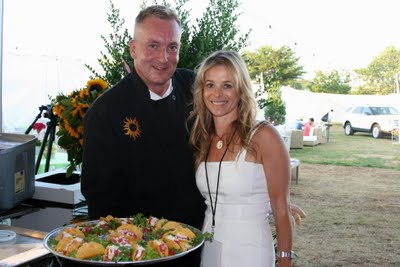 Me and Exec Chef John David from Agave Bar and Grill

Hosted by Dan’s Papers of the Hamptons, Dan’s Taste of Two Forks, benefits East End area food pantries through Have a Heart Community Trust.  It was THE must-do fantastic gastronomic event of the summer.
Especially if you are a foodie like me. Rosanna Scotto, television anchor of Fox’s GoodDay New York, MC’d the event along with Chef Marcus Samuelsson, who won the James Beard award for Rising Star Chef in 1999, and in 2003 was named “Best Chef in New York City” and is now receiving rave reviews for his bustling new restaurant Red Rooster in Harlem.  Also in attendance were Sarabeth Levine of Sarabeth’s fame, the “Queen of East End Cuisine” Silvia Lehrer, Mark Feuerstein of  Royal Pains, Alex McCord of Real Housewives of New York and, of course, Dan Rattiner of Dan’s Papers.

Me and Alex McCord 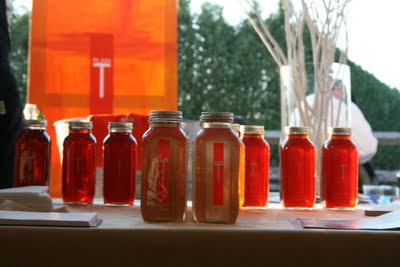 It was so much fun buzzing around this event interviewing and photographing all of the luminaries involved in the East End’s Wining and Dining scene. As for the noshing, if I stuffed my mouth any more, I would not have been able to fit in my crisp white Derek Lam summer dress!

Time for a juice fast and multiple spin classes. 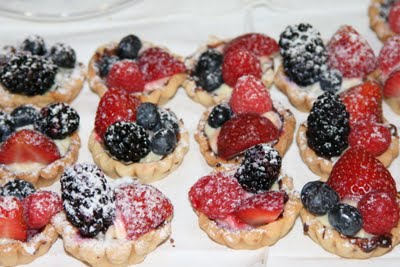